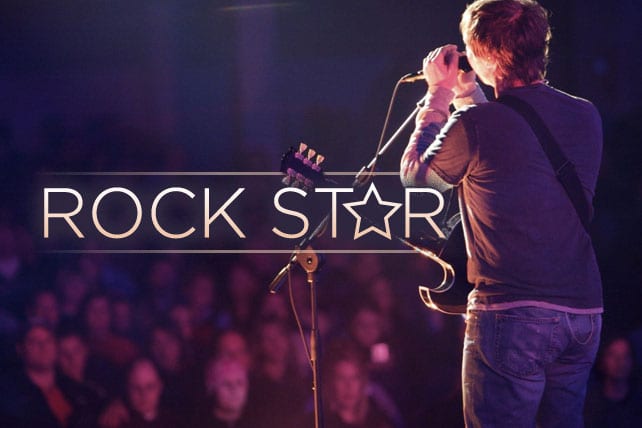 Some megachurches have been hiring rock star worship leaders (henceforth referred to in this article as RSWLs) and are finding out they’re not all they’re cracked up to be.

So why are they hired?

They often don’t have musical training or organization skills, but they look and sound good on stage. This will blow some of your minds—I know of one RSWL who makes about 100K a year by going to a weekly staff meeting and picking out six songs for the praise set.

He has a full staff who does his work for him—making charts and tracks, scheduling volunteers, and even leading rehearsals. This type of RSWL could only exist at a megachurch—he’d be helpless if he had to do everything himself in a smaller ministry.

The RSWL unfortunately tends to inherit bad habits from his secular counterparts.

A famous rock star making millions from his music can afford to be self-absorbed and narcissistic—it even enhances his mystique. Narcissism doesn’t go over so well in a church, and people start resenting the guy. A Google search on the subject showed me it’s a growing topic among fed-up churchgoers.

Here are some thoughts I found on a blog by a disgusted person about their RSWL that sum up what congregations are thinking:

Worship leaders are like reality TV stars: They’re regular people with a disproportionate sense of self because people are looking at them. They’re rock stars without the fame or talent … or money (all things that redeem rock star behavior). But ultimately, it’s the disparity that kills me. So many of them are spiritually/emotionally/socially immature, but just because they can sing, they’re placed on this ridiculous pedestal.

One megachurch claims their narcissistic RSWL is to blame for an attendance drop of almost one-third (at least until they fired the guy—attendance is on the way up again).