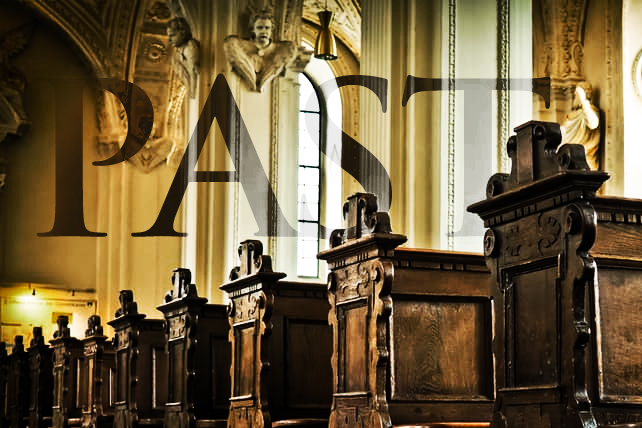 At the start of a new year, most of our attention is focused on what lies ahead. It’s really one of the few times we take our eyes off the present moment and begin to imagine the future. My wife and I love praying and planning for the season ahead.

But I also love studying the past. I’m not a history buff, but I enjoy learning about previous eras, particularly of church history. As a pastor, I am often comforted in knowing that the church has faced challenges and dilemmas like the ones in our day before. We can learn from both the mistakes they made and the wisdom they displayed.

There are two types of snobbery when it comes to a view of time. There is the snobbery of progress—what C.S. Lewis called ‘chronological snobbery.’ It is the belief that everything newer is more evolved, more enlightened, more advanced or sophisticated. This is a temptation precisely because there are aspects of it that are true: We know more about how the human brain works, how addictions occur, how spirituality integrates holistically with emotions and actions; and on and on. But not everything current is an improvement. The passing of time is not the same as progress. And, as Lewis pointed out, a culture or society may forget what it once knew.

The second kind of snobbery is the snobbery of nostalgia. This is the view that everything older is better; that the more historic the thing is, the richer it is. The way things used to be is automatically assumed to be better than the way things are. This view fails to account for the problems and flaws of every paradigm, or the challenges in every age, or even the way an allegedly abstract principle is actually deeply shaped by the context of its geography, politics and more.

So, why does the past matter? Why study it if it’s not actually better than the present? Why can’t we just concern ourselves with the ‘now’ work of God? Once again, C.S. Lewis offers an insight:

“…we need intimate knowledge of the past. Not that the past has any magic about it, but because we cannot study the future, and yet need something to set against the present, to remind us that the basic assumptions have been quite different in different periods and that much which seems certain to the uneducated is merely temporary fashion.”

Just as a person “who has lived in many places is not likely to be deceived by the local errors of his native village,” so the person who “has lived in many times” is “in some degree immune from the…nonsense that pours from the press and the microphone of his own age.”

We study the past so that we do not become prisoners of the moment.

We study the past so that we can call into question the assumptions of our age.

We study the past so that we can gain an immunity from the myths of our day.

And so I press on…backward to go forward, free of the myopia of the moment. My current quest for chronological context includes reading this gem from Larry Hurtado (Emeritus Professor of New Testament Language, Literature and Theology at the University of Edinburgh) on the unique qualities of early Christianity in the midst of both Jewish and pagan contexts.

Here’s one of the passages that struck me recently:

‘It is interesting that these pagan writers [in the first few centuries of Christianity] typically refer to Christians as dissonant and out of step, and as in tension with the larger culture of the time in some matters…Tacitus [the Roman writer around 112 AD who wrote on Nero’s accusations of Christians] claims that under Nero’s orders “an immense multitude” of Christians were arrested, who were convicted of “hatred of the human race,” and then were subjected to various forms of death.’

Huh. So, no matter how loving and kind Christians try to be, we still may be accused of being out of touch with the times (on the ‘wrong side of history’) and hateful? Well, now, that may challenge our paradigms.

But the rap on Christians in the first few centuries wasn’t all bad. Galen, a physician in the 2nd century, expressed ‘admiration for Christians, particularly for their courage in the face of death [not that the admiration for their courage was not a reason to rescind the death penalty!], their self-restraint in matters of sex, food and drink, and their “keen pursuit of justice.”’ So, no need to tone down our admonishment of Christians today to embrace both a comprehensive view of justice and a temperate view of morality.

And yet, it may not be enough to keep people from viewing us—as Celsus the late second century pagan writer viewed early Christians—as ‘intellectually inferior people.’

There is so much more in Hurtado’s book that encourages and challenges me. And I think that’s the point: We need to study the past to see our own age more clearly.

We cannot compare the present to the future because we do not see the future clearly enough to know the implications of our theories and hypotheses. And we cannot live in the past as if the world remains unchanged. We must make two moves—the move to acquaint ourselves with the church in previous eras, and then the move to see our own context with fresh eyes, and discern the Spirit’s work in us, here and now.