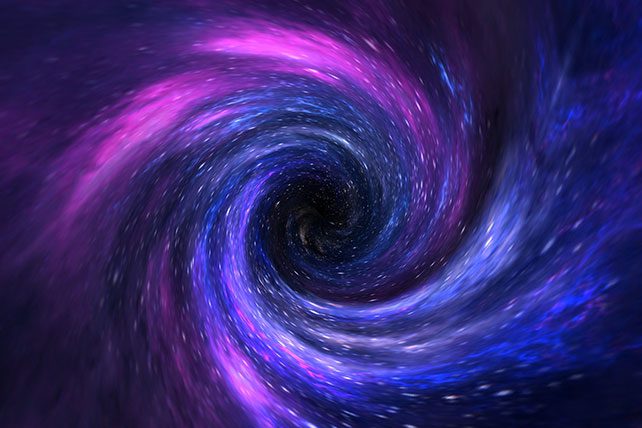 Christians believe in a Triune God who created the cosmos, and who stands in some way outside of it, or beyond it. But is that a supernatural God? But to call God “holy” is to acknowledge that God is completely “other” than anything else. He is not simply separated from created things by degree but in kind. The Creator is not on the same spectrum as the creation; He is on His own spectrum. This is all summed up in the Hebrew and Christian confession that God is “holy.”

But to confess this “otherness” of God is not to speak of a supernatural God. Webster’s defines the supernatural in two ways: “of or relating to an order of existence beyond the visible observable universe; especially of or relating to God or a god, demigod, spirit or devil”; or, “as departing from what is usual or normal especially so as to appear to transcend the laws of nature, or attributed to an invisible agent (as a ghost or spirit).” So, yes, in one sense God is supernatural; His existence is “beyond the visible order of the observable universe.” But the language of “natural” and “supernatural” leans on a framework which divides the “natural” world from the “supernatural” world, a view which emerged during the Enlightenment, particularly when Sir Isaac Newton outlined his mathematical principles of natural philosophy out of the conviction that there is a deep created order to the world, and to name these laws was to glorify God.

Ironically, these principles were used to effectively relegate God “upstairs” and humans “downstairs.” Deism, the formal name for this view, accepted that the order in creation owed its origins to a creator, but that like any good invention, it did not require its inventor to keep running. Deism eventually led to post-Enlightenment rationalism, which rejected miracles both in Scripture and in contemporary life. After all, why would a God make rules only to suspend them whenever He liked? Why set the world up like a great clock only to move the hands at a whim? And if interventions were needed to correct the mechanism, how good was its design to begin with? (Voltaire, Spinoza and Hume are examples of a few philosophers whose skepticism led to a ‘de-miraclizing’ of the New Testament.) In one sense, it was Newton’s faith-driven science that led to the rejection of faith in the West.

What we are left with now are the remnants of warring worldviews—one which claims the belief in a supernatural, and one which argues against it on the basis of scientific discovery. It seems we are at an impasse. But I suggest it’s time to re-examine the very framework which divides reality in “natural“ and a “supernatural“ one.

Listen to how the Hebrew poets and prophets talked about the relationship between God and His world:

The earth is the Lord’s and the fullness thereof, the world and those who dwell therein, for he has founded it upon the seas and established it upon the rivers. (Psalm 24:1-2)

Be exalted, O God, above the heavens! Let your glory be over all the earth! (Psalm 57:5)

And one called to another and said: “Holy, holy, holy is the Lord of hosts; the whole earth is full of his glory!” (Isaiah 6:3)

God is holy AND His glory fills the earth! The Enlightenment taught us to see the world (and the phenomena in it) as either natural or supernatural. The Hebrews did not see a supernatural God; they saw God as above and beyond His creation, and yet somehow also within it.

As it turns out, not only is this view of the world better theologically, it actually coheres with science, but a more up-to-date science. My supervisor, David Wilkinson, is a brilliant and godly man who earned a double PhD in Astrophysics and Systematic Theology. A CT article captures his thoughts on miracles and science from his book on prayer:

Quantum theory tells us that the small-scale structure of the world is, in the words of Christian physicist John Polkinghorne, “radically random”: “By that he means it is unpredictable and nothing like a mechanical clock,” says Wilkinson. “It is a world that is unpicturable, uncertain and in which the cause of events cannot be fully specified.”

So, suggests Wilkinson, there’s plenty of room for God to act, because the system isn’t closed at all. He can “push” electrons here and there and alter the course of events in the world without breaking any of the laws of nature. The problem is that too many theologians simply don’t know enough about physics and are stuck with out-of-date science. Quantum theory doesn’t answer all our questions, Wilkinson says cautiously, but it “may be one dimension of how God works in the world.”