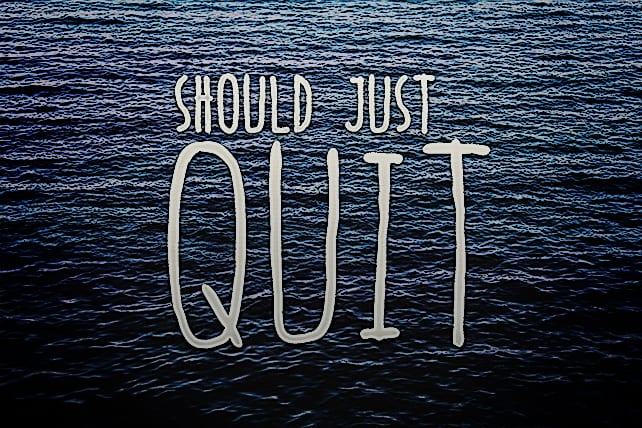 Why Some Worship Leaders Should Just Quit

Christianity Today recently published an article indicating that nearly one-fourth of all active ministers have been forced out at some point in their ministry. These termination statistics remind us that the choice to stay is not always ours to make.

But what if we are or aren’t doing some things that are contributing to an early ministry departure? Aren’t we called to do everything we can possibly do here instead of just hoping it will be different when we move there?

Relational—rather than musical—deficiencies seem to be at the root of many forced worship leader terminations. And yet, most worship leaders spend the majority of their time just trying to improve themselves musically. The reality is we can never learn and teach enough new songs to make up for relationship and leadership failures.

So it’s time to quit doing or not doing those things that might be contributing to your discontent or the discontent of those to whom you are accountable.