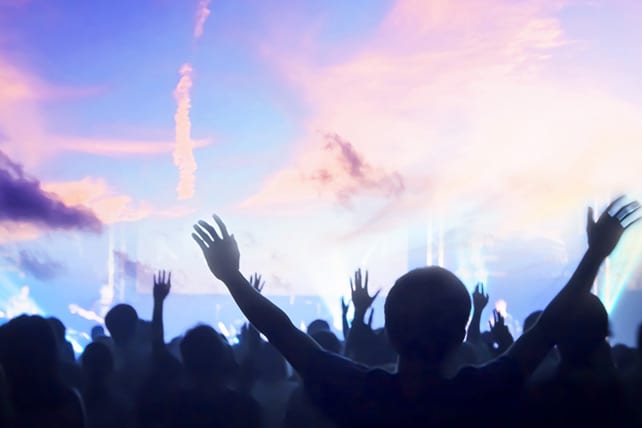 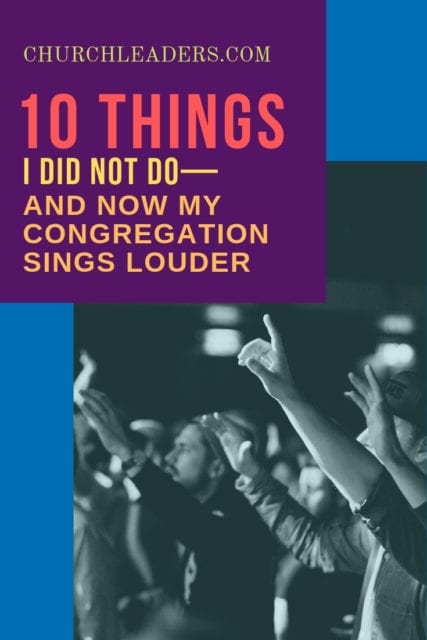 My congregation sings louder than they did a year ago. I have been their worship leader for just over a year, and I have seen progress in their participation in worship through singing. They sing louder, they sing more heartily and more of them sing than a year ago. This realization occurred to me as I was reading an article on the decline of congregational singing, and it caused me to wonder why we are not a part of the trend.

10 Things That Helped our Congregational Singing

1. I did not turn the lights down.

These videos can be very helpful teaching tools to learn the melody and style, but then turn them off and don’t go back to them. They are generally produced as concert settings and they are not your musicians. Let your band members be who they are and make room for the congregation’s part.

4. I did not try lengthy or frequent instrumental solos.

I like a well-placed instrumental solo, especially if it is used strategically to help the congregation think about a Scripture on the screen or just “breathe in” the text they have just sung. A “Selah” moment can be very helpful, but too many of these and/or solos that are too long tell the congregation to check out. It is like telling the people “this is not about you.”

5. I did not try the newest worship songs.

We need to give some of these new songs some time to prove themselves. I like to try new songs, but only after I have seen some staying power in them. There is also a threshold in a worship service for new songs. More than one new song in a service is risky. A new song every week is too much. Protect worship’s familiarity. That is your greatest aid to congregational singing.

6. I did not try to get rid of their old favorite songs.

Part of the damage of our race to acquire the newest songs is our simultaneous rush to discard the older ones. My congregation loves some songs that I don’t like as much or may even be tired of. But if the theology is sound and the musical setting is appropriate, let them sing. It is not about us!

7. I did not try to greatly expand the song library.

CCLI currently lists about 300,000 songs. And new songs are coming out every week. How many songs do we really need to sing every year? Probably about 40-50. We have more songs at our disposal than at any point in worship history. That means we need to say “no” to most of them.

8. I did not try rhythmically challenging melodies.

While the chord changes with contemporary worship are simpler than traditional hymnody, the melodic rhythms can be quite complicated. Smooth it out, take out the solistic turns and variations, teach it well, and make it congregationally friendly. Who cares how cool it sounds if the only ones singing are on the worship team.

9. I did not try too many songs in a worship service.

We can argue about how people should really want to sing more, but every congregation has its saturation point for singing each Sunday. Most have not sung the rest of the week so Sunday is a vocal workout. If your congregation is singing well for three or four songs, but by the fifth song they are beginning to drop out, you may not be serving them by adding the extra song. Don’t criticize them, serve them and help them grow.

10. I did not have my band play on every verse and chorus.

Musical accompaniment has one major purpose: supporting congregational singing! The most important sound on Sunday morning is that of your congregation. Have the band stop playing occasionally and let the people hear each other. I promise they will sing louder and more heartily in response!