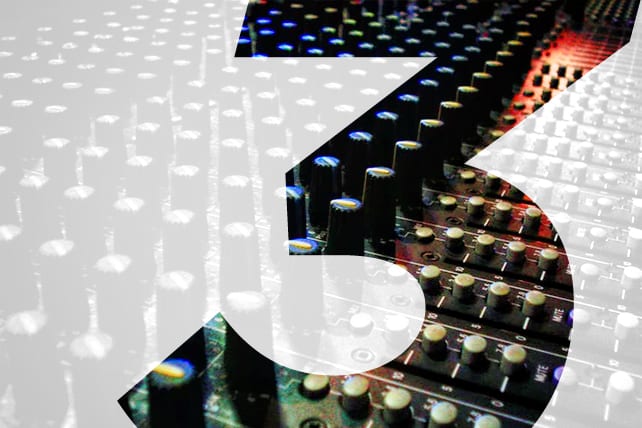 Mixing is a chaotic process, at least it looks like it. Watch an audio engineer and they’re jumping all around the mixer. Yet, when you do this, your mix doesn’t come out nearly as good. What gives? The truth is it’s because of one simple fact: They know why they are reaching for a specific control.

The first is a question that’s full of doubt. There’s uncertainty about the how the final result should sound, and even if not, there’s uncertainty about how to get that result. The latter is a statement. There’s a goal in mind and the method to achieve it is known. It’s when I made the change from #1 to #2 that my mixes dramatically improved, there was a parade in my honor, rejoicing in the streets, and…OK, maybe not but I was getting far better results.

Let’s break down that statement:

“I know how it should sound…”

This can come from experience in having previously mixed the song. It can come from listening to it live elsewhere or via a recording. In these instances, you have a sound in your head so you have a goal.

“…and therefore I need to do THIS.”

And that’s where we get into the big three questions that have to be asked before reaching for any control.

WHY do I want to modify this channel?

It can even be distilled down to two needs:

HOW will that channel be modified?

This gets into creative mixing. Let’s take two examples from above.

2. “It needs to have the volume fluctuations controlled.”

You could ride the fader for the whole song. Maybe an onstage microphone adjustment is required (“Dude, your mouth isn’t by your stomach. Get the mic back up.”) Or good old compression.

All of these lead to the final question.

The Third and Final Question

HOW will I implement it?

Before we answer that, let’s look at what happens when we want to alter a sound. We want to either:

Look at the last example with a compressor. We want to control a volume range. But control via compression can come at a cost if not correctly implemented.

The faster the compression attack, the more transient sounds we lose. Not an ideal situation for vocals. Therefore, use a slower attack to produce a natural sound. And this is good for a lead vocal, but for blending backing vocals, that fast attack can hold them together.

The release time is also important. A fast release is good so those next transients come in as expected.

The next time you mix, before reaching for anything, remember you should first have a goal in mind and then ask the three questions: