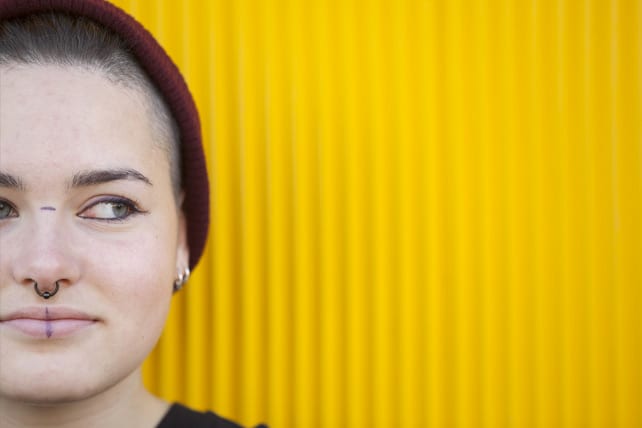 A study published by the Public Library of Science (PLOS) explores the link between social media and peer group influence and rapid onset gender dysphoria (perhaps brought on by transgender peer pressure) among pre- and post-pubescent children. The conclusion of the study indicates there is an observable link between the two and gives parents more cause for concern over the friends their children keep and the media they consume.

“The onset of gender dysphoria seemed to occur in the context of belonging to a peer group where one, multiple or even all of the friends have become gender dysphoric and transgender-identified during the same timeframe. Parents also report that their children exhibited an increase in social media/Internet use prior to disclosure of a transgender identity,” the study reads.

The study was conducted between June and October 2016, by surveying parents of adolescents and young adults who were currently displaying symptoms of gender dysphoria. The study defined gender dysphoria as “an individual’s persistent discomfort with their biological sex or assigned gender.” The survey included six DSM-5 diagnostic indicators for gender dysphoria that parents were asked to identify in their children. (The Diagnostic and Statistical Manual of Mental Disorders—DSM-5—is the standard classification of mental disorders used by mental health professionals in the U.S.). If parents could identify two of these indicators, their children were classified as displaying symptoms of gender dysphoria and were included in the results. 256 survey responses were used.

The report on the study is quite lengthy. Below, we’ve summarized some of the information that caught our attention and would be of interest to those working with children or those with children of their own (in other words, practically the entire church!).

What Do We Know About the People Surveyed on Gender Dysphoria?

The sample of parents were predominantly mothers (91.7 percent) between the ages of 45 and 60. Most respondents were White (91.4 percent), non-Hispanic (99.2 percent), and lived in the United States (71.7 percent). Most respondents had a Bachelor’s degree (37.8 percent) or graduate degree (33.1 percent). The vast majority of parents surveyed favored gay and lesbian couples’ right to marry (85.9 percent) and believed transgender people deserve the same rights and protections as other people in their country (88.2 percent).

The Adolescents and Young Adults Represented

The adolescents and young adults (AYAs) represented by their parents were predominantly female at birth (82.8 percent) with an average current age of 16.4 years. Along with the rapid onset of gender dysphoria, 86.7 percent of parents noticed a “social influence,” or transgender peer pressure, that appeared to affect their child’s symptoms, such as having one or multiple friends become gender dysphoric or come out as transgender during a similar time period as their child, as well as an increase in their social media/Internet use. 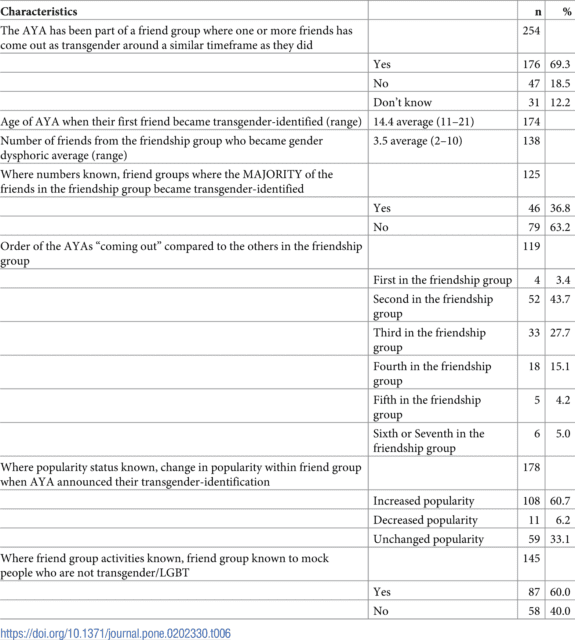 Almost half (47.4 percent) of the AYAs represented had been formally diagnosed as “academically gifted”, while only a small percentage (4.3 percent) had a learning disability, 10.7 percent were both gifted and learning disabled, and 37.5 percent were neither. Forty-one percent of the AYAs expressed a non-heterosexual sexual orientation prior to announcing a transgender identification.