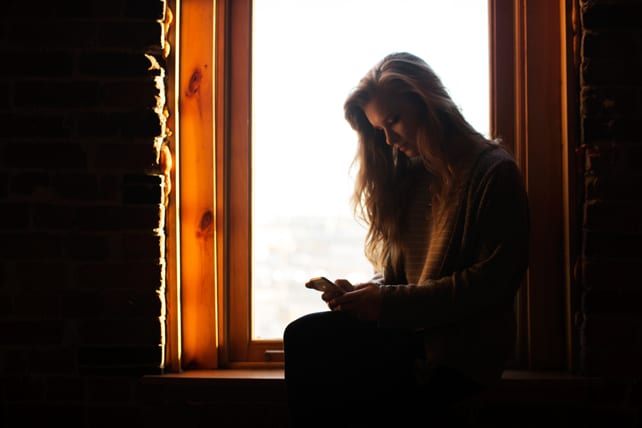 Kids who are part of “Generation Screen” need parents to utilize self esteem activities for kids more than ever.

Christina got her smartphone when she was 11—one year later than the average young person gets a smartphone in America. She immediately downloaded Snapchat, Instagram and Tik Tok, the three apps that most her friends frequented, lying about her age to sign up with all three.

Her parents also neglected to notice Christina charged her phone by her bedside every night, set on vibrate. At first the phone just kept her up an extra 30-45 minutes before she faded off to sleep; but soon she found herself waking up several times throughout the night to check social media, not uncommon by any measurement. In fact 79% of teenagers bring their phones in their bedroom with them each night and fall into the same rut.

When her iPhone first pushed the “screen time” upgrade last fall sending her a weekly report of her average daily screen time. . .she was a little surprised:

Not as surprised as her parents when the school counselor called. “I’m concerned about Christina. She’s showing signs of anxiety. I know a counselor I’d like to recommend.”

The pressure to be liked
A decade ago when kids were texting three thousand-plus messages per month parents were concerned about their phone bills. Five years ago when kids began “Snapping” pics to each other parents were worried about their kids’ innocence. But now that social media follows the overwhelming majority of teenagers literally everywhere they go—school, church, the bathroom, to bed at night—parents are worried about their kids’ mental health. . .and they have good reason to be concerned.

Anxiety, depression and teen suicide are at an unprecedented high, and almost every expert chiming in on the subject links this to screen time and social media. In fact experts like Dr. Jean Twenge dispute those who dismiss the connection between screen time and mental health. “Don’t believe them,” she says. Simply said, the more time you spend online, the more unhappy and depressed you are.

Is it surprising? We’ve handed our kids devices that remind them exactly how “liked” they are at any moment. This has never been good for their mental health. Maybe that’s why Instagram began a test literally last week hiding the number of “likes” a user’s post receives in efforts to create a “less pressurized environment.”

So what self esteem activities for kids can moms and dads use to help their kids feel better about self?

A few weeks ago I wrote an article to youth leaders providing them with some advice to build the self esteem of the students they work with. Let’s look specifically at what parents can do.

Let’s start with what we know. What are some of the facts you wish your kids understood about their own mental health and feelings about self?

So what can we do to help our kids learn these truths and help them feel better about themselves?