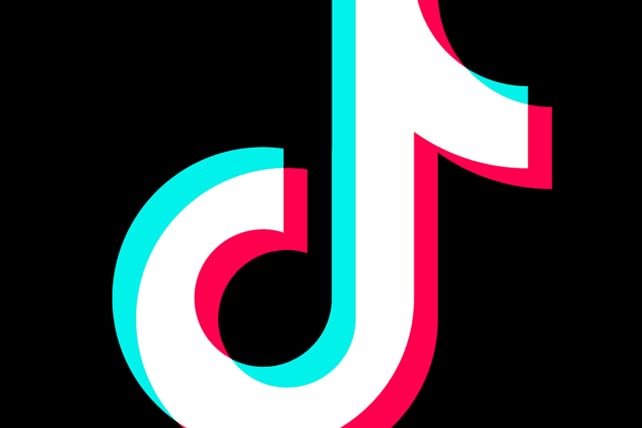 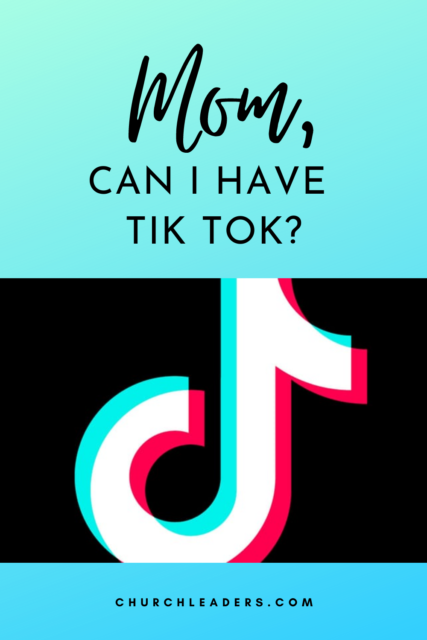 Lip sync to your favorite song, show off your dance moves or post a funny video of your cat. Tik Tok is like Vine 2.0. The videos are just 15 seconds long, but like Britney, they’re not that innocent.

If your kid has a device, then chances are they have, want, or at least know about Tik Tok, because it’s the hottest thing since SnapChat and Insta…in fact it’s currently the most downloaded app on the planet and considered one of the most valuable startups in the world. If you’re a kid on a middle school or high school campus, it’s the app to have. After all, their favorite musician, actor, and athlete are all on it, their best friend has it…it’s slowly becoming THE hangout spot for young people with screens.

Parents ask me about the app all the time, and I had honestly only tried out the app once or twice, so I decided to dive in and take a closer look. So before doing any research I just opened the app and began browsing. After only a few minutes on the app, I understood why Common Sense Media rated the app for ages 16 and up.

The first video I saw was a teen girl in revealing clothing dancing to a current song with explicit lyrics. So I scrolled down. That’s the thing about Tik Tok. If the 15-second video doesn’t hold your attention you can just scroll onto the next video. So I did. And here’s what I found.

What I Found on Tik Tok Within Minutes

Jump on and take a peek for yourself. You’ll probably laugh at some of the funny original sketches, roll your eyes at others, and about every three or four sketches you’ll be reaching for the volume nob to turn off explicit language, lyrics or inappropriate humor.

Wired Magazine calls the app a “never-ending variety show,” and they’re spot on, emphasis on “never-ending.” I thought I had only been on the app a few minutes when I looked at the time and realized over 30 minutes had passed. If you’ve ever clicked around funny videos on YouTube, you know exactly what I’m talking about.

But if you really want to see where this app becomes irresponsible, just click on “Me” in the lower-left corner to get to your main account page, then click the three dots on the top right of the screen to pull up the “Privacy and settings.”

At first glance, I was encouraged by what looked like multiple options to make Tik Tok a safer platform for young people, with options like “privacy and safety” and “digital wellbeing.” But honestly, these settings were weak, if not laughable.

If you click on “Privacy and safety,” you’ll quickly discover that the app defaults on “public.” You have to actually flip a switch to change it to private so you gain the control to approve who follows you, views your videos, comments, and likes. Most young people will not want to do this, because this means potential followers have to “request” to follow you. And today it’s aaaaaaaaall about the followers. In a world where 72% of Gen Z wants to be an internet celebrity, young people want to make acquiring followers as easy as possible.

Pedophiles love this, and they love Tik Tok’s default public setting for this reason, which is why the app has received some bad press that abusers are using the app as a hunting ground. In fact, the National Society for the Prevention of Cruelty to Children (NSPCC) said it surveyed 40,000 schoolchildren and discovered that 25% of the children had live-streamed with a stranger. And one in 20 children were asked, while live-streaming or in the comments of a posted video, to take their clothes off.

Last week I met a mom at one of my parent workshops whose homeschooled daughter met a guy on social media who eventually asked her to send him a nude. She complied. Come to find out (after the police were contacted), this wasn’t a teen at all, it was an adult male who was grooming her and numerous other young girls whose privacy settings were set to “allow others to find me.” I’m not exaggerating in the slightest when I say I weekly meet a mom or dad whose child experienced something similar.

Today’s young people need to become aware of the unforeseen consequences of social media, and educated about the importance of switching all social media accounts to private. But Tik Tok doesn’t seem eager to help. On that same privacy and safety page, there is another button automatically turned on: “allow others to find me.” For those that want to turn it off, Tik Tok actually warns you, “If you disable ‘this’, other users will not receive suggestions to follow you. In other words: you don’t really want to turn this off, do you?

If you click on “Digital Wellbeing” the app offers a “restricted mode,” which is supposed to only allow videos without objectionable content. I flipped this switch and tried it out. At first, the videos did seem much cleaner—more funny dog videos than you could ever want. But I stuck with it for a few minutes and quickly discovered I couldn’t get through even a couple minutes without hearing the f-bomb or crude sexual references.

Bottom line: there’s no G-rated mode for Tik Tok. PG-13 is the best you get.

The “Digital Wellbeing” offers another setting that, again, excited me at first: “Screen Time Management,” only allowing users to be on Tik Tok for a certain time period. But when you click on this, the lowest setting you can choose is 40 minutes (which by my experience, probably offers at least 10 minutes of raunchy content).

Does my kid really need 40 minutes a day of this?

So what should parents do when their kid asks, “Mom, can I download Tik Tok?”

Consider these 3 practices before allowing your child to use Tik Tok:

1. Check it out together

If your kids ask you, “Mom, can I download Tik Tok?” I encourage you to respond the way parents should respond whenever we are asked that question:

“I don’t know. Let’s check it out together.”

Resist the temptation to just read an article like this one and answer, “No way!” Instead, walk with your kids through the process of discernment. Download the app on your phone and watch for a few minutes with your kid. Then read your kid some of the interesting facts about Tik Tok from this article. Try not to become “the church lady” looking for inappropriate material with a judgmental tone. Remember, you want your kids to feel SAFE talking with you and bringing you their questions and concerns (because if they don’t go to you, they’ll probably go to Google for their answers).

“What do you think?”

“How should you evaluate whether something is appropriate for you to soak in regularly?”

“How do your personal values influence this decision?”

“What does scripture say about this? Let’s read Psalms 101 together.”

But as you do this…

Tik Tok is subject to the same FTC guidelines as any social media in the United States, and that means that the app cannot collect data from kids under 13. That’s why if your kid tries to sign up for the app, the first question Tik Tok asks is to enter your birthdate. If an 11 or 12-year-old enters their accurate birthdate, then Tik Tok won’t offer their full version of the app, especially after last February, when TikTok paid the FTC a record fine of $5.7 million for collecting the data of kids under 13.

If kids under 13 want the Tik Tok that all their friends have, then they have to lie about their age, which is easy. Tik Tok doesn’t verify age in any way (nor does Instagram or SnapChat). So if your 11 or 12-year-old asks you if they can have Tik Tok, the answer is easy.

“Sorry, it’s against the law.”

But if your 13, 14 or 15-year-old asks, then remember Common Sense’s rating of 16+. No, that’s not in ink (unless you print out their review with an inkjet printer), but consider that is a secular review by a respected media watchdog group, and personally, I agree with that number.

Again, the answer isn’t no, it’s not yet. It’s just like if your kid wants to drive your Honda. You probably aren’t going to throw your 13-year-old the keys and say, “Good luck.” So don’t do that with Tik Tok either.

But some parents are thinking to themselves, “My kids never asked to download Tik Tok, they just did it!” That’s why you need to consider…

3. It’s only as good as the passwords

Your kids never even have to ask what they can download when their phone allows downloads. It doesn’t have to be this way. Parents of young kids should access the parental controls on their kids’ devices and adjust the settings to where the user can’t download an app without entering a password.

The mom I met last week whose daughter sent a nude admitted that she never password protected her daughter’s phone.

“I didn’t even know she had the app. I just told her she needed to ask me before downloading any social media.”

Her daughter was 12-years-old when she got her own phone. She sent the nude at 13.

It’s not supposed to be this way.

But when parents give their kids a smartphone with no controls (especially when 89% of today’s young people bring that phone into the bedroom with them every night), it’s what you’re going to get.

It doesn’t have to be this way.

You can set some loving, helpful, bare-minimum boundaries.

And it’s not going to hurt them to wait a few years for Tik Tok. Who knows, by then, maybe they’ll decide it’s not for them.