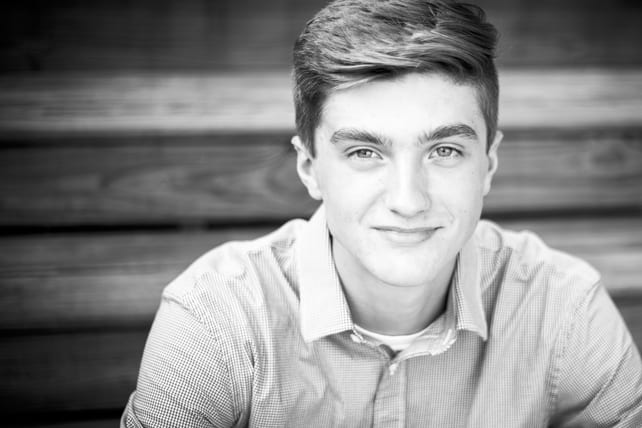 Retired NBA Player Dwyane Wade has been in the spotlight for the last couple months, not for his basketball skills… but for his parenting. His 12-year-old boy wants to be a girl, and whether or not we agree with his decision, his response (and I know I might take heat for even saying this) is admirable.

No, I don’t agree with everything he said, and rarely will any two people agree on everything in this messy issue, but I love two facets of his response that I think we can all learn from:

Before I dive in let me confess, our family dealt with this in the last decade and it’s the toughest thing we’ve ever gone through. And I can tell you firsthand, it has driven me to Jesus like nothing ever has, and He has changed how I respond to people.

Even if you haven’t had this happen in your family, in today’s world you most likely know someone who identifies as LGBTQ+, and the struggle Christians always battle with is our response. How do I love someone like Jesus did without changing my theology? In other words, does loving require affirming? Or is there a way to love someone unconditionally without also consciously or unconsciously affirming the world’s philosophy of, “Just do what feels right.” Or sometimes we wonder, is just loving and saying nothing worse than saying anything at all?

That’s why if a kid we love comes up and announces, “Oh, and I’m bisexual,” our first response might feel like the proverbial Admiral Akbar, “It’s a trap!” We honestly don’t know how to respond.

But how much more difficult is this when it’s our own child announcing their feelings of gender incongruence (the term the World Health Organization now uses to describe “a discrepancy between a person’s experienced gender identity and their body.”)

Let’s be honest. This is yet another one of those situations where Christian parents tend to “freak out.”

So let’s try to unpack this issue a little bit by unweaving two questions that tend to intertwine so much that it’s hard to differentiate which is which:

For Dwyane Wade, everything became public when internet trolls and critics began questioning his family about his son Zion’s feminine appearance in a Thanksgiving photo. “Why are you encouraging this at such a young age?”

“We will continue to be us and support each other with pride, love & a smile,” Wade responded. It wasn’t long before Dwyane decided to refer to his son as “she” for the first time. Then just a few days ago Dwayne told the whole story to Ellen on her show.

Dwyane shared that Zion came home and said, “I think going forward I want to live my truth. I want to be referenced as she and her.”

Imagine if your own child told you that.

How would you respond?

Here’s that moment we should be ready for as a parent. No, not just gender identity, but also, “Mom, I don’t know if I believe in God,” or, “Mom I’m pregnant”… the list is endless. But the question is, how do you respond in that exact moment?

Here’s where I would encourage parents to consider four helpful practices.

When Gender Identity Comes Into Question:

Yes, you’ll hear this advice from me on countless issues perhaps because it’s the parenting advice I needed more than any other. Buy yourselves some time!

Practice this moment. Memorize a response if you must.

“Thanks so much for trusting me with this. I’m so glad you shared this with me. Give me some time to process this and think about this. I love you so much.”

Don’t discount the impact of your nonverbal. Don’t distance yourself physically if your kid drops a bomb on you. At these moments become even more proactive about holding their hand, sitting next to them and embracing them.

Just don’t freak out. Get yourself out of the temptation to handle it right there on the spot. Most of us will do far better when we have time to pause, pray, and even gather wise advice from scripture, friends and experts.

This article is literally loaded with helpful links (over 20 of them) to articles and studies on the issue and how we can respond or how we shouldn’t respond (see, there’s another two). But if your child announces his or her desire to change their gender identity, my guess is you’ll probably want to do as much reading as possible. Here are several books I have on my shelf I personally found very helpful, and I’ll list them in order of relevance to this particular issue.

All these books are conservative in theology, but err on the side of grace, love and acceptance for those in the LGBTQ community.

These books and articles bring such a wealth of perspective and knowledge to the situation. You’ll be so glad you pressed pause and educated yourself rather than just responding on the fly.

This is one of the things I loved about NBA player Dwyane Wade’s response. He told Ellen that his job as a parent now was to reach out and get information.

I can’t say that I agree with all the information he’s gathered. And you will discover an abundance of heated opinions on the subject, but while everyone is still debating about this hot issue…

Personally, when I’ve seen someone identify as transgender today, I think the best thing to do is show unconditional love and “wait it out.” If most parents just paused, resisting the urge to freak out, the majority of kids would end up choosing to stay with their own biological sex…emphasis on the word “majority.”

That’s actually why Dr. Paul McHugh, chair of psychiatry at Johns Hopkins Medical School and psychiatrist-in-chief at Johns Hopkins Hospital, halted sex reassignment surgery at Hopkins back in 1979. Because the majority of young people will actually sort it out, as in 80 to 95 percent “came to identify and embrace their bodily sex.” Hopkins eventually changed their position, attempting to distance themselves from McHugh’s politically incorrect position, and now people in the LGBTQ+ community commonly call McHugh and anyone who disagrees with the surgery a “hater” despite the fact that recent studies still show that 61% to 98% of children will outgrow the condition by adulthood.

This isn’t a lone study. UCLA embarked on a study recently examining the prevalence of suicide attempts among transgender persons (which was conducted by the National Gay and Lesbian Task Force and National Center for Transgender Equality). Researchers found that 41 percent of transgender persons attempted suicide compared to 4.6% of the overall U.S. population who report a lifetime suicide attempt. Here’s where this study (note: which was conducted by the LGBTQ community) gets really eye-opening. Their data showed that if a respondent experienced rejection by family and friends, or experienced any kind of victimization or violence, then those percentages go up. If family rejected them, then 57% attempted suicide. If they were harassed or bullied at school, then up to 54% of them attempted suicide. If their doctor refused to treat them, 60%. The list goes on.

I find this intriguing for two reasons: one, because this is a huge wake-up call to how serious this issue is and how much this group needs love and compassion; but also because the LGBTQ community often will argue that the reason so many people identifying as transgender commit suicide is because of bullying and harassment, and as you can see, 41% attempt suicide even if they are not bullied or harassed, hinting at some other inner torment they are dealing with.

If you dive into research on this subject, you’ll see emotions spewing on both sides and opinions as heated as politics. It’s difficult to navigate.

When I shared my personal story of having a transgender family member, I was caught off-guard how mean people could be. I was actually told from someone in the LGBTQ community that I “might as well physically abuse my family member” because I accidentally used the wrong pronoun. My own family member was actually much more patient with our pronoun “slip ups,” probably because we had been trying so hard to demonstrate unconditional love and acceptance. These critics knew nothing of my life or my situation.

If your 12-year-old son wants to wear crop tops, be called she, or get surgery… definitely wait on the surgery. Yes, it will be very difficult for you to navigate discussions about wardrobe and pronouns. Ask yourself if those are hills to die on (and honestly, different families are going to come to different conclusions on how to handle these specifics). Understand, if you refuse to use a desired gender pronoun, that might just end the relationship.

But hormones and surgery are some of those decisions you definitely can wait for.

You aren’t “hating” them for making them wait. It’s okay to say, “It’s always wise to wait on these kinds of big permanent decisions. So let’s give you some time to think about this so that your adult self doesn’t look back and question why you let a 12-year-old make this decision.”

And in the meantime, …