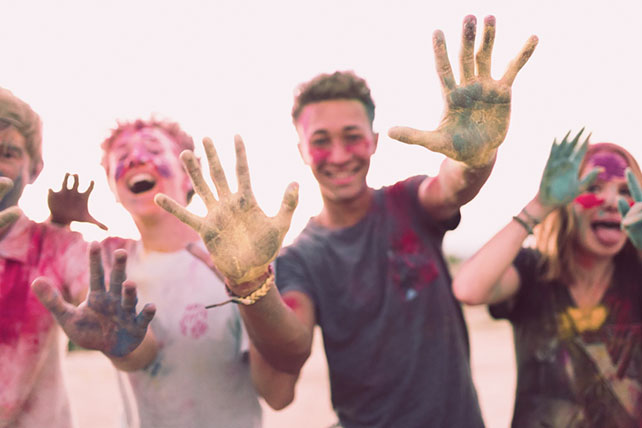 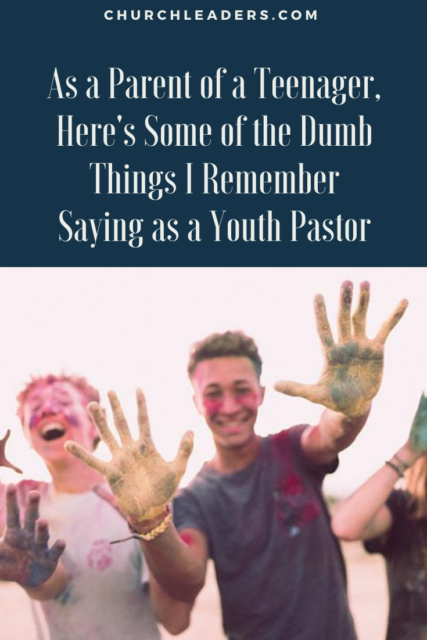 ONE of the first articles I remember writing for publication was for a magazine about parenting teenagers. I was in my mid twenties. We didn’t have children at the time. If it helped anyone it was either by luck or divine providence, depending on your theological perspective. Now I’m a parent of a teenager, but not then.

I had accepted my first job as a youth pastor only a few years prior, when I was only nineteen, still a teenager myself. Twice a week I drove nearly thirty miles to a small fundamentalist church in Missouri near my college. I had two students, brothers, who comprised my youth group. For one winter retreat we brought fifteen, which based on percentage growth, meant I should have been placed on the youth ministry speaker circuit for how to grow your ministry.

I look back at those years with a lot of appreciation and regret. I’m thankful I’ve had the opportunity to invest in another generation. But I also recognize I was a bit of an arrogant know-it-all who thought he had a lot of offer. Now as a parent of twin thirteen-year-olds, I fully recognize how much I have to learn. Here’s a few of the thoughts I had from back then that were pretty stupid.

Number One: Discipleship is the parent’s job. Parents are expected to lead their children in the fear of the Lord, to be clear. But when I used this expression it was mainly as an excuse. I was called to serve full-time as a pastor to parents and their families. If I thought I had no responsibility in the discipleship of young people in my church, what was I doing taking a pay check?

I now realize how challenging and often complicated parenting can be. I’m not looking for someone to take this responsibility from me. I can’t. What I’m looking for is caring adults in our community of faith who will come along side of our family and shoulder the joys and burdens of pointing our children to Christ.

The community of faith shares in the parent’s responsibilities. The notion that it takes a village to raise a child is more biblical than it is secular. I wish I would have said, “I’m here to do all I can to equip our church in serving and supporting parents in their God-ordained role of pointing their children to Christ.” And for those students who don’t have believing parents, the church’s role is even more pronounced.

Number Two: Sports is the enemy. Sports can really compete with church activities. Usually when I thought this, or said something like this, it was mainly because I wanted my numbers to be good for an upcoming activity. I don’t know that it was always out of a pure desire for students to have a better eccesiology (doctrine of the church).

Number Three: Every youth group kid should have lost friends. Wait, you don’t think Christian kids should reach out? Of course I do! But how can they build intentional relationships if I essentially guilt parents into homeschooling and badger them about not letting extra-curricular activities become a priority?

None of this is easy or obvious. But I do look back on those youth ministry years and recognize the ways I was sending a mixed message. I was setting an expectation and surrounding it with barriers that it made it difficult if not unattainable.

One thing is clear, every family has to navigate these situations as the Lord leads them. But it’s also apparent that part of the church’s mission is to serve families in seeking to nurture Great Commission children. That might mean that instead of being at a fellowship event, they are on a football field building the kind of relationships they hopefully hear preached about from the pulpit. And to the extent that churches hire full time youth pastors, they are making a commitment not to shrug their shoulders, sigh, and say that discipleship is just the parents’ job. As a community of faith, we’re in this together.

This article from a parent of a teenager originally appeared here.