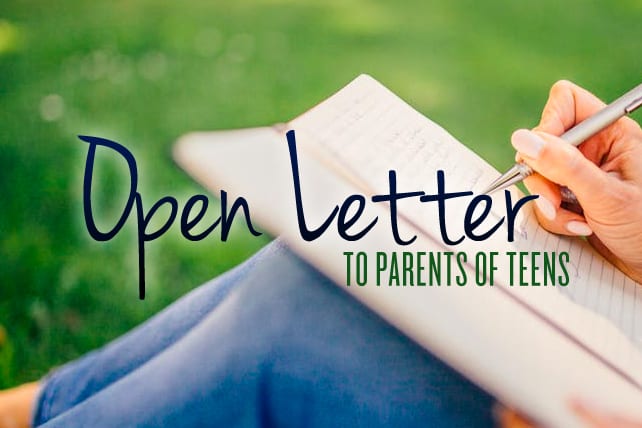 A youth ministry friend pointed out this amazing blog post by Scott Linscott (didn’t his parents realize he already had a “Scott” in his last name?). He writes as a parent of young adults. This is what so many of us youth workers have wanted to say to (some) parents over the years; and Scott says it so well. With his permission, I’ll post it in its entirety here:
————-

The church in America is puzzled. Young adults are leaving in droves. Magazines, books and blogs are wagging the finger of blame to point out who is responsible. Some say it is a failure of youth ministry, some point to church budgets, and some nail the blame on outdated, unhip worship services. We parents are shocked that our kids just really aren’t all that into Jesus.

When I look for someone to blame, I head into the restroom and look into a mirror. Yupp, there he is. I blame him. That parent looking back at me is where I have to start.

If you’re a parent, I might tick you off in this post. But hear me out. I think that we, as parents, are guilty of some things that make it easy for our kids to put faith low on their priority list.

Keys to Making Your Kids Apathetic About Faith

1) Put academic pursuits above faith-building activities. Encourage your child to put everything else aside for academic gain. After all, when they are 24 and not interested in faith and following Christ, you’ll still be thrilled that they got an A in pre-calculus, right? Instead of teaching them balance, teach them that all else comes second to academics. Quick…who graduated in the top five of your high school class? Unless you were one of them, I bet you have no idea. I don’t.

2) Chase the gold ball first and foremost. After all, your child is a star. Drive 400 miles so your child can play hockey but refuse to take them to a home group Bible study because it’s 20 minutes away.

2b) Buy into the “select,” “elite,” “premier” titles for leagues that play outside of the school season and take pride in your kid wearing the label. Hey now, he’s an All-Star! No one would pay $1000 for their kid to join “Bunch-of-Kids-Paying-to-Play Team.” But, “Elite?!?” Boy, howdy! That’s the big time!

2c) Believe the school coach who tells you that your kid won’t play if he doesn’t play in the off-season. The truth is, if your kid really is a star, he could go to Disney for the first week of the season and come back and start for his school team. The determined coach might make him sit a whole game to teach him a lesson. But trust me, if Julie can shoot the rock for 20 points a game, she’s in the lineup. I remember a stellar soccer athlete who played with my son in high school. Chris missed the entire preseason because of winning a national baseball championship. With no workouts, no double sessions, his first day back with the soccer team, he started and scored two goals. Several hard-working “premier” players sat on the bench and watched him do it. (Chris never played soccer outside the school season but was a perpetual district all-star selection.) The hard reality is, if your kid is not a star, an average of three new stars a year will play varsity as freshmen. That means there are always 12 kids who are the top prospects. Swallow hard and encourage your kid to improve but be careful what you sacrifice to make him a star at little Podunk High here in Maine.

2d) By the way, just because your kid got a letter inviting him to attend a baseball camp in West Virginia does not mean he is being recruited. You’ll know when recruiting happens. Coaches start calling as regularly as telemarketers, they send your kid handwritten notes, and they often bypass you to talk to your kid. A letter with a printed label from an athletic department is not recruitment. When a coach shows up to watch your kid play, and then talks to you and your kid, that’s recruiting.

3) Teach your kid that the dollar is almighty. I see it all the time. Faith activities fly out the window when students say, “I’d like to, but I have to work.” Parents think jobs teach responsibility when, in reality, most students are merely accumulating wealth to buy the things they want. Our kids learn that faith activities should be put aside for the “responsibility” of holding a job. They will never again get to spend 100 percent of their paychecks on the stuff they want.

3b) Make them pay outright for faith activities like youth retreats and faith community activities while you support their sports, music, drama and endeavors with checks for camps and “select” groups and expensive equipment. This sends a loud and clear message of what you really want to see them involved in and what you value most. Complain loudly about how expensive a three-day youth event is but then don’t bat an eye when you pay four times that for a three-day sports camp.

4) Refuse to acknowledge that the primary motivating force in kids’ lives is relationship. Connections with others is what drives kids to be involved. It’s the reason that peer pressure is such a big deal in adolescence. Sending kids to Bible classes and lectures is almost entirely ineffective apart from relationship and friendships that help them process what they learn. As kids share faith experiences like retreats, mission trips and student ministry fun, they build common bonds with one another that work as a glue to Christian community. In fact, a strong argument can be made that faith is designed to be lived in community with other believers. By doing all you can to keep your kids from experiencing the bonds of love in a Christian community, you help insure that they can easily walk away without feeling like they are missing anything. Kids build friendships with the kids they spend time with.

5) Model apathy in your own life. If following Jesus is only about sitting in a church service once a week and going to meetings, young adults opt out. Teenagers and young adults are looking for things that are worth their time. Authentic, genuine, relevant relationships where people are growing in relationship with Jesus is appealing. Meaningless duty and ritual holds no attraction.

There are no guarantees that your children will follow Christ even if you have a vibrant, purposeful relationship with Him. But, on the other hand, if we as parents do not do all we can to help our children develop meaningful relationships in Jesus, we miss a major opportunity to lead them and show them the path worth walking.

I want my kids to see that their dad follows Jesus with everything. I want them to know that my greatest hope for them is that they follow Him, too.

Matt. 6:33 “Steep your life in God-reality, God-initiative, God-provisions. Don’t worry about missing out. You’ll find all your everyday human concerns will be met.” (The Message)

On a personal note: I know the struggle. My wife and I have lived the struggle firsthand. My son was recruited by a few D1 NCAA schools for baseball and opted instead to attend a small D3 school. My daughter was recruited to play field hockey by a couple D2 programs and ended up playing D3 when the scholarship offer was not enough to make her top school affordable. Both played in “premier” leagues. Both got A’s in high school, though we often told them not to stress out too much over it. Both are in honor societies in college, and my son now has offers from UNC, Univ. of Wisconsin, Johns Hopkins and Weil Cornell for a Phd in Pharmacology. Neither ever missed a youth group retreat, conference or mission trip because of their sports or academic commitments. Both missed a game or two to attend faith-based activities. Both missed school for family vacations. Both held down part-time jobs in high school and learned to give employers advance notice for upcoming retreats. My son often changed into his baseball uniform at church to arrive in the third inning of Sunday games. Robin and I did all we could to make sure they connected in student ministry even when it meant driving straight from a tournament to a music festival at midnight so that they would not miss out. It was that important to us. My youngest, a culinary student, lost a restaurant job because he went on a mission trip. That’s fine. Thankfully, all three have strong faith walks today. That is due only to God’s grace. But I do believe that our efforts and example helped them long for a community-based faith.

What Does a Godly Relationship Look Like: 4 Insights From Jesus

Commanding Respect (Not Demanding It) as a Leader

Celebrate Recovery for Youth: How This Program Helps Students

Youth Ministry Don’ts: 18 Tips for Newbies (and Longtimers too!)

How to Spread the Gospel: 21 Ways Teens Can Evangelize

Bible Study on Crowns: Explore This Scriptural Theme With Teens