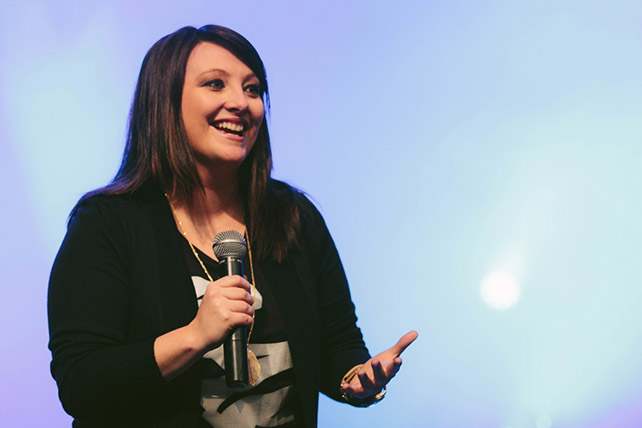 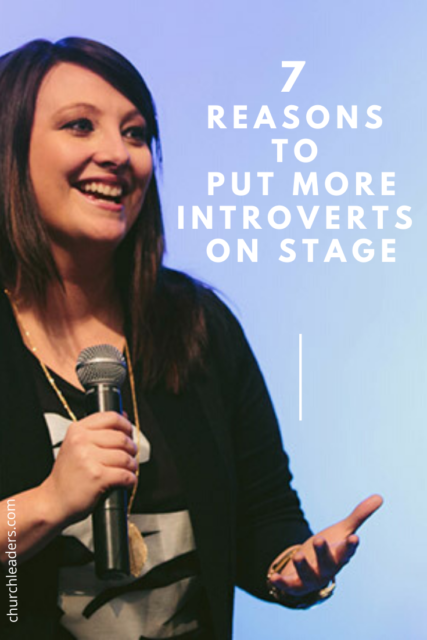 Despite the recent buzz about the power of introverts, they aren’t the obvious choice when looking for a storyteller but we need more introverts on stage.

Leader: I’m having a hard time finding storytellers. There aren’t enough extroverts interested on being on stage.
Me: Good thing that being an extrovert isn’t a prerequisite for being a great storyteller!
<crickets>
Leader: Wait…what?

Hi, my name’s Dan, and I’M VERY EXTROVERTED. I get LOTS of energy from being on stage in front of crowds of people. But let me tell you a secret.

That’s NOT what makes me a great storyteller!

Being an extrovert might make it easier for me to get up in front of people, but at the end of the day…being a good storyteller is about how you connect with your audience.

And when it comes down to it, it seems that introverts have the upper hand at reading the crowd and adjusting their delivery accordingly:

“…introverts reacted strongly to the sensory stimuli coming their way, more so than did the extraverts. The researchers believed that this finding showed introverts to be more sensitive to incoming information, and also to expend more mental effort by analyzing those stimuli more deeply and carefully.”

However, in spite of the potential that introverts have for connecting deeply with an audience, many feel unqualified (or scared to death) to take the stage and communicate.

Yet, introverts on stage are unexpected powerhouses. Good thing they’re highly logical creatures, and their love for people can supersede their fear of being in the spotlight. IF you can convince them that their voice is needed. (And trust me, it is!)

Seven Reasons Why You Need More Introverts on Stage:

1. When an introvert speaks, people listen. Use them sparingly and save them for a particularly powerful or important week. Bonus: They won’t go over on time!

2. Introverts don’t waste words. They don’t want to be on stage any longer than they have to, so they’ll cut the fluff and meticulously craft the words they’re going to use with their audience in mind. Bonus: They won’t go over on time!

3. Introverts have a deep understanding of people and know how to make great connections. They think deeply about what they’re saying, how they’re saying it and—most importantly—how it will be received. Bonus: The kids stay engaged!

4. People are wired to root for the underdog. So when an introvert overcomes their fear or discomfort of being in front of people, you automatically lean forward and lean in to make sure you don’t miss what they’ve taken the risk to share. Bonus: Everyone is rooting for them to get up and succeed!

5. Introverts rehearse relentlessly—even if it’s just inside their heads. There’s no way they’re going to get on stage unprepared, so you KNOW they’ll stand and deliver. Bonus: You can count on them!

6. Introverts are steady, stable, sturdy and won’t lose their heads. You don’t have to worry about them going off script, babbling, ad-libbing or saying something they shouldn’t. Bonus: You can leave the room!

7. The introverts in the room will rejoice (albeit silently and to themselves) at the quiet, thoughtful delivery by one of their own. And likely be inspired to someday get on stage themselves. Bonus: Since introverts make up 1/3-1/2 of the people in the room, you’re connecting with the “other half.”

Susan Cain, introvert and author of Quiet: The Power of Introverts in a World That Can’t Stop Talking, delivered a rousing speech on one of the most intimidating stages of all—a Ted Talk. Afterward in a New York Times article, she said:

“I believe it’s healthy for all of us (extroverts included) to stretch occasionally beyond our temperaments.”

I’ve said it before: Everyone you meet is a storyteller.

Some are better than others. But everyone has the potential to tell a great story. Some can’t wait to hop on stage, others (even some of those extroverts) might need a little nudge of encouragement to get started. Put in the time and effort to get the right people—extroverts and introverts—to connect God’s story to the kids in your church.

This article about more introverts on stage originally appeared here.