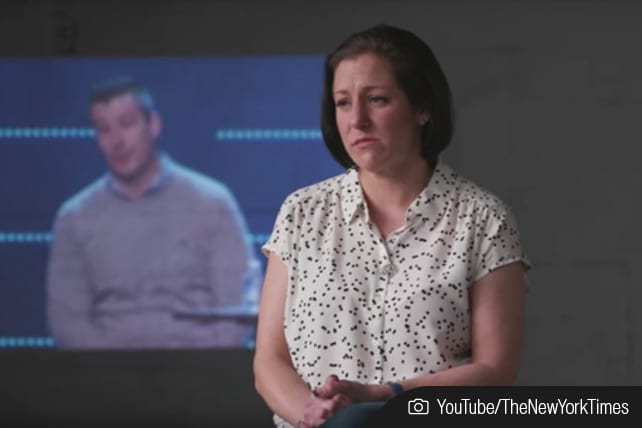 About two months after Highpoint Church in Memphis, Tennessee, devoted a Sunday service to addressing allegations that their teaching pastor, Andy Savage, sexually assaulted a teenager 20 years ago, the victim of the assault, Jules Woodson, sat down to watch the service in a New York Times interview.

Woodson’s interview teaches all of us in church leadership how not to handle allegations of assault—whether the assault occurred recently or in the past.

As of March 20, 2018, Savage has resigned from his position at Highpoint and released a statement that shows signs of a change of heart. Highpoint has also released a statement to its members stating its remorse over its “defensive rather than empathetic” response to Woodson’s communication “concerning the abuse she experienced.” The church states it is committed to developing “a deeper understanding of an appropriate, more compassionate response to victims of abuse.”

Perhaps the first step in developing that more appropriate response is to examine how the church went wrong in those first few months of 2018, after Woodson reached out to Savage reminding him of the abuse she experienced at his hand.

The video of the January 7, 2018 Highpoint service was deleted from Highpoint’s YouTube account, however, the New York Times made a copy of it before it was deleted. The service started with worship as usual, and then lead pastor Chris Conlee took the stage and began speaking about the allegations. He apologized to visitors for bringing them into a discussion of a “difficult subject.”

Perhaps one of the few things Highpoint did correctly in the service was treat the situation with the gravity it necessitated. Conlee’s and Savage’s demeanors were heavy. Savage spoke slowly and deliberately, reading from a prepared statement on his phone.

Savage then explained what he referred to a “sexual incident” between him and Woodson that occurred “over 20 years ago” (a phrase repeated quite often throughout the service). After the language used to refer to Woodson’s allegations in the January 7 service, the fact that the church used the word “abuse” in its statement following Savage’s resignation in March is a step in the right direction. This was not a sexual incident; it was sexual abuse.

Lesson 2: Seek Forgiveness From God AND Also the Victim

In the January 7 service, Savage mentioned he “sought forgiveness from her [Woodson], her parents, her discipleship group, the church staff and the church leadership.” Woodson, however, remembers it differently.

In the interview, Woodson recalls the so-called apology that she received from Savage. “The only apology, if you can call it that, was when he ran out of the truck screaming, ‘Oh my God, oh my God, what have I done? You have to take this to the grave with you.’”

During his speech on January 7, Savage addressed Woodson, saying, “Jules, I am deeply sorry for my actions 20 years ago.” It was an apology made in a public setting, but according to Woodson’s account published on the Wartberg Watch, she reached out to Savage via email on December 1, 2017, asking him if he remembered assaulting her. He did not respond to the email and offered no apology in a personal capacity. After Savage is done speaking in the January 7 service, Conlee asks the congregation to extend a hand and offer a prayer for Woodson.

This must have rubbed salt into Woodson’s wounds. To not offer an apology personally, but rather do it from the safety of your supporters comes across as cowardly and insincere.

Lesson 3: Don’t Underestimate the Influence Church Leadership Has Over People

Good or bad, people not only look up to, but also seek to emulate, people in leadership positions in the church. Woodson starts out her interview by explaining, “As a kid growing up in the church, I really looked up to the church leaders.”

So when Savage asked her as the youth pastor of the youth group she attended, to perform oral sex on him, she thought “this must mean he loves me.”

Highpoint received a lot of backlash from the way they handled Woodson’s allegations in their January 7 service. For good or bad, people often expect the church to deal with things appropriately, responsibly and compassionately at all times. Highpoint has indicated it did not respond the right way and is seeking to do better in the future. That’s definitely a step in the right direction.

Lesson 4: There Are Some Things Churches Cannot Handle Internally

Sexual assault allegations are one of the things that churches cannot handle internally. Church leaders must immediately report them to the proper authorities.

“What happened was a crime. This is not something that the church should handle internally,” Woodson says after 20 years of reflection. A sentiment now shared by Larry Cotton, the lead pastor in Texas that Woodson turned to after the initial incident with Savage. Cotton stepped down from his current leadership position at The Austin Stone Community Church in February 2018. Cotton told reporters, “I understand that I failed to report the sexual abuse—I wish I had reported to the proper authorities.”