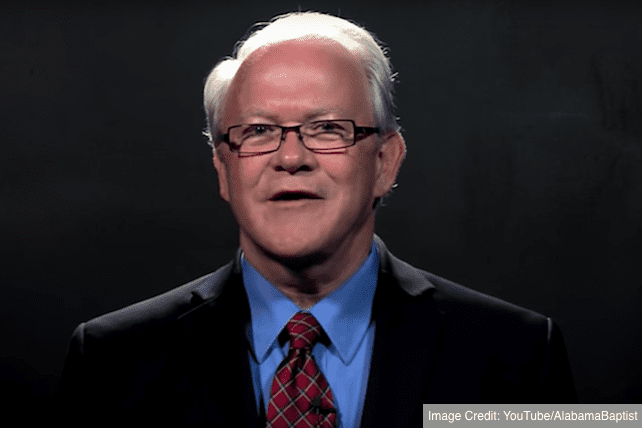 Frank Page, the Southern Baptist Convention’s CEO of the Executive Committee, resigned from his position on March 27, 2018 over “a morally inappropriate relationship in the recent past.”

On Monday, March 26, 2018, the officers of the Executive Committee (EC) met via phone conference with Page, who announced his plans to retire. Stephen Rummage, chairman of the EC, said he learned the next day that Page was retiring due to a moral failure. Rummage, who is the senior pastor of Bell Shoals Baptist Church in Brandon, Florida, said he senses “repentance and deep regret” in Page over his actions.

In a statement released Tuesday, March 27, Page described his initial hesitation to disclose his “personal failing.”

“It is with deep regret that I tender my resignation from the SBC Executive Committee and announce my retirement from active ministry, effective immediately. As a result of a personal failing, I have embarrassed my family, my Lord, myself, and the Kingdom. Out of a desire to protect my family and those I have hurt, I initially announced my retirement earlier today without a complete explanation. However, after further wrestling with my personal indiscretion, it became apparent to me that this situation must be acknowledged in a more forthright manner. It is my most earnest desire in the days to come to rebuild the fabric of trust with my wife and daughters, those who know me best and love me most.”

Prior to taking the top position of the SBC’s EC in 2010, he served as vice president of evangelism for the North American Mission Board from 2009-2010. Page also held the position of President of the SBC from the years 2006-2008. Page, 65, held his role on the EC for eight years, during which time he oversaw two mission boards, six seminaries, and the Cooperative Program budget of nearly $200 million annually. The Executive Committee is also tasked with building relationships with 42 state and regional Baptist conventions and 47,000+ SBC churches in all 50 states, according to the Baptist Press.

As far as plans for replacing Page and moving forward, Rummage had this to say:

“I call upon all Southern Baptists to pray for everyone involved in a situation like this, and especially for Dr. and Mrs. Page. Please pray for the Southern Baptist Convention and all that is entrusted to the Executive Committee.

The shock is felt not only in the leadership of the SBC, but also in the American church at large. Ed Stetzer, executive director of the Billy Graham Center at Wheaton College, said Page “is widely loved and appreciated, and seen as a person of great character. So this is a shock to many of us.”

Page has a wife and two daughters. A third daughter died in 2009.