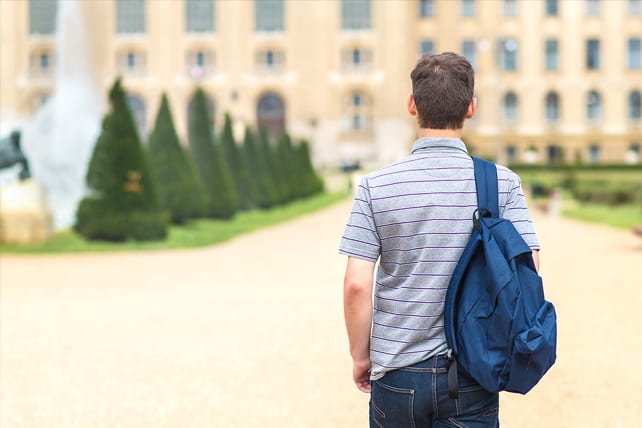 Could Christian colleges and LGBT issues run afoul with Title IX, killing many of America’s Christian universities?  It is a question that has the attention of many Christian educators.

Title IX is federal legislation that prohibits sexual discrimination at any institution of higher education receiving federal funding. The law currently allows an exemption for religious organizations such as colleges and seminaries but many are concerned that the exemption could change or be eliminated completely based on political and judicial changes.

“Four years down the line, eight years down the line, depending on the makeup of the Supreme Court, depending on who is president, I can see the gay/transgender issue being pushed in a way that would seek to make Christian colleges either surrender their federal funding or change their position and conform with the wider consensus,” says Carl Trueman, a professor of church history at Westminster Theological Seminary in Pennsylvania.

In 2015, during a Supreme Court argument over the constitutional rights of LGBT individuals, Justice Samuel Alito noted that Bob Jones University in South Carolina had lost its tax-exempt status because of its prohibition on interracial dating and marriage.

“Would the same apply to a university or a college if it opposed same-sex marriage?” Alito asked then-U.S. Solicitor General Donald Verrilli Jr.

“It’s certainly going to be an issue,” Verrilli answered. “I don’t deny that.”

Upon taking office, the Trump administration rescinded the Obama directive, but the changes illustrate the financial danger to Christian schools that remain true to biblical teaching that rejects homosexual activity and defines marriage as the union of one man and one woman.

The danger is not lost on Christian educators. At the January meeting of the Council for Christian Colleges and Universities a session titled “Is Government Funding Replaceable?” was packed solid.

Dale Kemp, the chief financial officer at Wheaton College in Illinois and the speaker at the CCCU session told NPR, “The fear is so large in many institutions because 40 or 50 or maybe even 60 percent of their budgets are really coming from the federal government. To think they could survive without that [funding] would be catastrophic.”

The need for Christian schools to wean themselves from federal funding is also espoused by Trueman. In an article in January for First Things he wrote,

“Given the financial significance that the federal student loan system has for most colleges, this process will be painful and difficult for many, where it is possible at all. Yet it is vital. The complexity that federal loans bring to the relationship between private institutions and the government is such that the whole notion of a public accommodation is now potentially far more extensive than could have been imagined a generation or two ago. And that means that the First Amendment, far from being a friend of Christian colleges and confessional seminaries, might prove to be the very opposite. If you take government money, what right do you have to restrict speech on your campus in accordance with your own religious convictions?”

Hillsdale and Grove City have already made the difficult choice to turn away government funds but Trueman sees them jeopardized as well by the Bob Jones case.  He calls this the key passage in the U. S. Supreme Court’s ruling:

“The Government’s fundamental, overriding interest in eradicating racial discrimination in education substantially outweighs whatever burden denial of tax benefits places on petitioners’ exercise of their religious beliefs. Petitioners’ asserted interests cannot be accommodated with that compelling governmental interest, and no less restrictive means are available to achieve the governmental interest.”

In his article, titled, Preparing for Winter, Trueman wrote:

“However we may cheer the particular result of the Bob Jones case, the implications unfolding in today’s climate are concerning. Replace “racial” with “sexual” in the paragraph above, and the point is clear. In an era where a close analogy is assumed between civil rights regarding race and civil rights regarding sexual identity, the Bob Jones precedent could easily lead to the revocation of tax-exempt status for schools committed to traditional views of marriage and sexual morality.”

The NPR article pointed out the tension many Christian educators are feeling in a changing culture and an uncertain future.

Brad Harper, a professor of theology and religious history at Multnomah University in Portland, Oregon told NPR, “Millennials are looking at the issue of gay marriage, and more and more they are saying, ‘OK, we know the Bible talks about this, but we just don’t see this as an essential of the faith.”

And Mary Hulst, senior chaplain at Calvin College in Grand Rapids, Michigan, is quoted this way, “You’ve got those two values. We love our LGBT people. We love our church of Jesus Christ. We love Scripture. So those of us who do this work are right in the middle of that space. We are living in the tension.”

There is every indication that tension will only increase and some very difficult decisions are on the horizon for Christian educators.