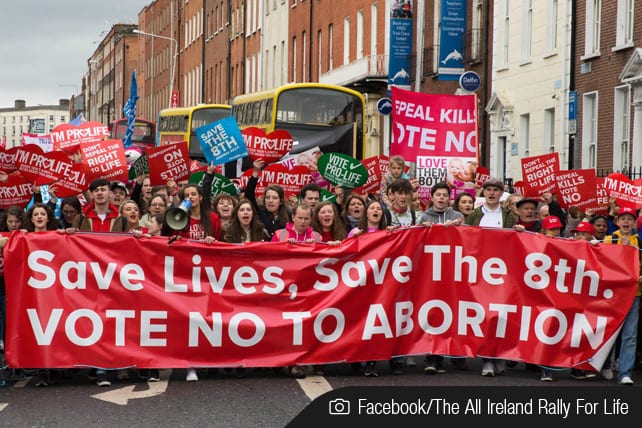 The results of the vote are in, with the votes in all constituencies accounted for. The Irish Times reports the final tally was 66.4 percent yes and 33.6 percent no. Only one county, Donegal in the northern part of the country, received a slim majority no vote, at 51.87 percent no and 48.13 percent yes.

An official declaration stating the outcome of the vote was made at 6:13 p.m. local time on Saturday, May 26th.

After months of campaigning, the pro-life movement in Ireland receives a crushing blow. After Friday’s vote, exit polls indicate the referendum in Ireland’s constitution that protects the life of an unborn child will be overturned.

National Broadcaster RTE’s poll shows 70 percent of people voted “yes” to repeal the 8th Amendment, which grants an equal right to life to the unborn and pregnant women and has been in place since 1983. While an official count of the votes started this morning, May 26, 2018, based on the exit polls pro-choice voters have already started celebrating. The Irish Times, which is tracking the votes as they are counted, show 18 of 40 constituencies counted so far, showing the “yes” side at 66.19 percent and the “no” side at 33.81 percent.

The Save the 8th Campaign, which organized rallies and canvassing efforts, issued a statement acknowledging the defeat.

What Irish voters did yesterday is a tragedy of historic proportions…Every time an unborn child has his or her life ended in Ireland, we will oppose that, and make our voices known… Abortion was wrong yesterday. It remains wrong today. The constitution has changed, but the facts have not.

Miriam Lord of the Irish Times described the victory for the pro-choice group this way:

The Irish people have taken ownership of their abortion issue. They have taken it out of the hands of unrepresentative lobby groups and celibate clerics and decided how they want to approach it.

Many have commented on the apparent sweeping aside of the church and the church’s views on life in this vote. In an increasingly secular society, the church was all but seen as irrelevant to the broader population.

The slow disintegration of the church’s grip on Ireland.

Despite the defeat, the pro-life movement has a very big task ahead of them. Abortion may be coming to Ireland, but pro-life supporters are determined to restrict the practice as much as possible. In particular, they are pushing for legislation that would ban abortions after 12 weeks of gestation.

“We will hold the [Prime Minister] to his promise that repeal would only lead to abortion in very restrictive circumstances. He gave his word on this, now he must deliver on it. No doubt many people voted for repeal based on the [Prime Minister]’s promises in this regard,” said Dr. Ruth Cullen, campaigner for the pro-life LoveBoth campaign, in a press conference Saturday.

Irish Minister for Health, Simon Harris, believes the law will go into effect in the fall.