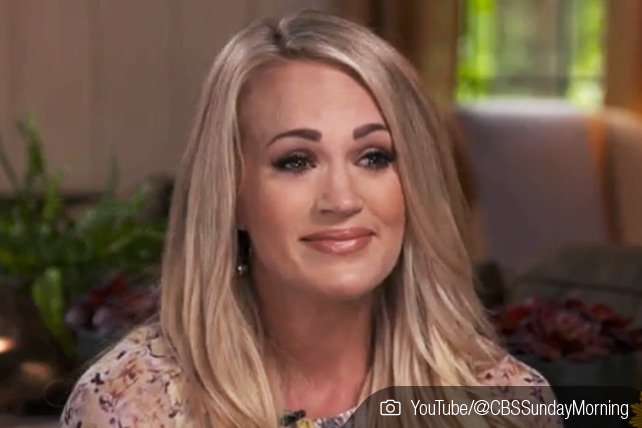 Singer Carrie Underwood is expecting her second child. She is overjoyed at this new life growing inside her, but chokes back tears when she talks about the year of difficulty that brought her to this point and recalls the desperate prayers she prayed during that time.

“I feel like for the first time I actually told God how I felt, and I feel like we’re supposed to do that,” Underwood said in an interview with CBS.

Underwood’s just released a new album titled Cry Pretty. She has told her fans the album “speaks to a lot of things that have happened in this past year.”

Underwood had a very difficult 2017. She told CBS she had a plan for the year that included writing new music and having another baby. Underwood and her husband, NHL player Mike Fisher, already have one son named Isaiah, but they wanted more children. Early in 2017, Underwood was pregnant. She said, “It didn’t work out.” That was her first miscarriage. She says she and her husband figured it just wasn’t God’s timing for them to have another child.

Then, Underwood got pregnant again in the spring. Again, she experienced a miscarriage. To make matters worse, in November, Underwood suffered a fall outside her home in Nashville, Tennessee, that required between 40 and 50 stitches on her face. It took a long time for Underwood to recover from the fall, and an even longer time to come to terms with the miscarriages she was experiencing. The third miscarriage occurred in the beginning of 2018.

Through this walk through the valley, Underwood said she continued working on her music because she figured “I can’t just sit around thinking about this.” Writing was “therapeutic” for Underwood as she was trying to handle the trauma in her personal life.

At the same time she was experiencing these trials, Underwood said she felt as if she couldn’t get angry about the miscarriages. “I had always been afraid to be angry because we’re so blessed,” she explained. Underwood is very thankful for her son, Isaiah, who she describes as “the best thing in the world.” “Really what can I complain about?” the singer asked, when she has an incredible husband, friends, a job she loves and a healthy child.

A Better Year Ahead for Carrie Underwood

During her second pregnancy of 2018, one Saturday night while her husband was away, Underwood thought she was having another miscarriage. She decided to snuggle for a while with her son, Isaiah. She describes sobbing as she prayed like she’d never prayed before. She asked God why he kept allowing her to get pregnant only to lose the baby. She begged him to “shut the door” if he didn’t want her to have another child.

Underwood prayed that desperate prayer on a Saturday night. On Monday, she went to the doctor to verify she had had another miscarriage. To her surprise, the doctor told her everything was all right.

“He heard me,” Underwood said through tears as she recalled the desperate prayer she prayed. She added, “Not that he didn’t hear me before…” The singer is chalking this child up to God’s answer to prayer.

Here are miscarriage quotes of loss for the grieving mother.