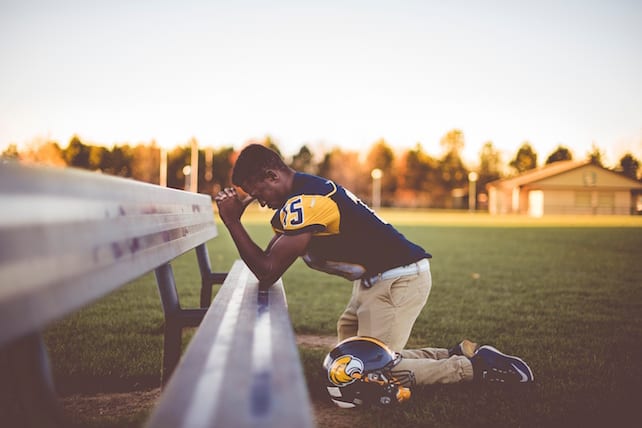 According to a new study published in the American Journal of Epidemiology, children and teenagers who attend religious services and pray or meditate on their own are likely to experience lasting mental and physical health benefits.

Previous research has shown similar associations in adults, but this study from Harvard’s T.H. Chan School of Public Health focused on 5,000 young people who were followed for eight to 14 years. Those who attended church at least weekly as children or teens were 18 percent more likely to be happy in their 20s, almost 30 percent more likely to volunteer, and 33 percent less likely to do drugs. Researchers expected to discover these types of positive impacts from church attendance but were surprised to find such benefits associated with prayer.

The Benefits of Prayer

Daily prayer or meditation was linked to characteristics such as better emotional processing and expression, more volunteering, a “greater sense of mission,” higher levels of forgiveness, decreased likelihood of early sexual activity, and fewer sexual partners in one’s lifetime. There were also possible associations between regular prayer and higher life satisfaction, higher self-esteem, the likelihood of registering to vote, fewer symptoms of depression, and a lower risk of smoking.

Study author Ying Chen says, “These findings are important for both our understanding of health and our understanding of parenting practices. Many children are raised religiously, and our study shows that this can powerfully affect their health behaviors, mental health, and overall happiness and well-being.”

Religious involvement appears to be a “protective factor” for teens, according to the study. Possible reasons include religion’s emphasis on personal virtue and self-control, practices that encourage respect for the body and “active coping,” and the social support and adult role models typically found within a congregation.

Although church participation in general has been declining, “there is still considerable intergenerational religious continuity in the United States,” the study notes. And parents continue to play a key role, as “religious participation in adulthood is, in many cases, a function of religious upbringing in early life.” Estimates show, for example, that almost 60 percent of parents who attended worship at least once per week had children who reported frequent church attendance.

Most participants in this study were the children of relatively wealthy white females, so researchers say results need to be replicated in broader populations. The study didn’t examine the influence that parents and peers may have on teenagers’ religious beliefs and choices.

But overall, the results clearly indicate that combining the public act of worship and the private act of prayer leads to changed lives.

Senior author Tyler VanderWeele says, “While decisions about religion are not shaped principally by health, for adolescents who already hold religious beliefs, encouraging service attendance and private practices may be meaningful avenues to protect against some of the dangers of adolescence, including depression, substance abuse and risk taking. In addition, these practices may positively contribute to happiness, volunteering, a greater sense of mission and purpose, and to forgiveness.”