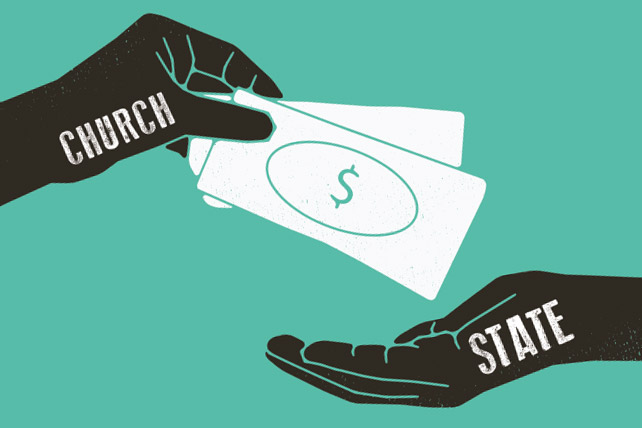 Russell Moore, president of the Ethics & Religious Liberty Commission, published an opinion piece in the Wall Street Journal (WSJ) over the Thanksgiving holiday. While the article made a modest splash, its subject should be of concern to all churches and church-goers. Come next tax season, for the first time in the history of the United States, some churches and nonprofit organizations will be required to pay taxes.

“Taxing houses of worship is deeply un-American—no matter how large or small the tax burden,” Moore writes. And while Moore concedes the shift in the treatment of charitable organizations on behalf of the U.S. government may have been “unanticipated,” it is nevertheless “unacceptable.”

A Hidden Glitch in the 2017 Tax Reform Bill

Senator James Lankford (R-OK) calls the wording that would require such taxation a “glitch” in last year’s tax reform bill. If allowed to unfurl as it is written, the law “would become a huge burden to churches, charities and non-profit organizations.”

In August 2018, Lankford introduced a bill to prevent the taxation of churches and non-profit organizations. The Lessening Impediments from Taxes (LIFT) for Charities Act would essentially repeal the section of the reformed tax code (Section 512(a) (7)) that requires some tax-exempt organizations to pay taxes on employee benefits such as parking, meals or transportation. A similar bill has been introduced to the House of Representatives by Rep. Mark Walker (R-NC).

As ChurchLeaders reported in June, the Evangelical Council for Financial Accountability (EFCA) initiated a petition calling on lawmakers to adjust this part of the tax code. The petition, which was signed by 2,779 people so far, gives a little clarity on the effect the newly reformed code may have on churches:

Many Churches, Organizations Will Need to File for the First Time

As Moore points out in his op-ed for the WSJ, under the new tax code, even if a church doesn’t end up paying for a parking lot or transportation benefits for its employees, the new regulations have “created a new tax liability” which will require some religious organizations to foot the bill to ensure proper accounting and regulatory compliance. Indeed, many organizations that have never been required to do so will have to file federal tax Form 990-T.

Moore is concerned about the estimated $1.7 billion that the new code will extract from non-profits over the next 10 years. He writes, “Ultimately, this isn’t a levy on the organizations. It is a tax on the people and vulnerable communities they serve.” Lankford is also concerned about the money that could be taken from organizations that “give back to our communities in ways that are invaluable to us as a nation.”

For now, on this point at least, Moore and Lankford wait, pray and hope that the LIFT Act will get some traction in Washington D.C. as it is reviewed by the Committee on Finance.