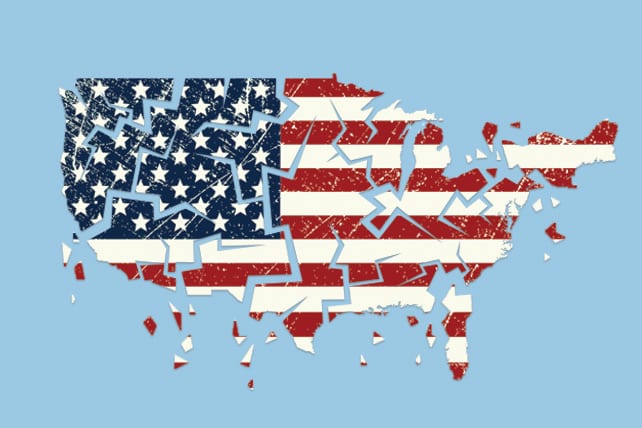 While Americans continue to grow more liberal on many moral issues, several topics are driving an even bigger wedge between liberals and conservatives. Gallup’s annual Values and Beliefs poll, conducted in early May, found that abortion is the most divisive of 21 behaviors listed, with 73 percent of liberals and only 23 percent of conservatives calling it morally acceptable.

Likewise, 71 percent of respondents say sex between an unmarried man and woman is morally acceptable, with 87 percent of liberals but only 54 percent of conservatives taking that stand.

Which Moral Values Issues Get a Green Light

Of the 21 personal moral behaviors measured by the poll, the three most widely accepted are using birth control (92 percent), drinking alcohol (79 percent), and getting a divorce (77 percent). In addition, at least 60 percent of Americans agree that these other seven behaviors are morally acceptable: sex between unmarried adults, gambling, smoking marijuana, embryonic stem cell research, having a baby out of wedlock, gay or lesbian relationships, and the death penalty.

The narrowest gap between answers of “morally acceptable” and “morally wrong” (just seven or eight percentage points) appears on these four issues: buying and wearing clothing made of animal fur, doctor-assisted suicide, medical testing on animals, and abortion.

Notably, a majority of liberals but less than half of conservatives consider these seven issues acceptable: abortion, gay or lesbian relationships, doctor-assisted suicide, smoking marijuana, having a baby outside of marriage, pornography, and sex between teenagers. By contrast, a majority of conservatives but less than half of liberals consider these three issues acceptable: the death penalty, buying and wearing clothes made of animal fur, and medical testing on animals.

People from both sides of the ideological fence broadly agree that these five behaviors are morally wrong: suicide, cloning animals, cloning humans, polygamy and extramarital affairs.

Gallup’s annual poll also reveals that 47 percent of Americans rate the country’s moral values as “poor,” down from 49 percent last year. Only 17 percent of people rate U.S. values as “excellent” or “good.”