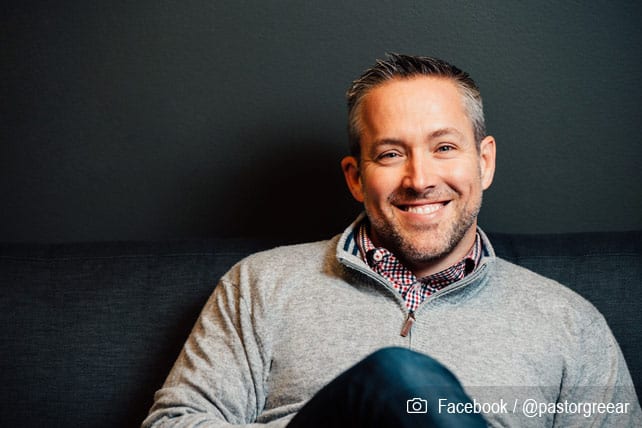 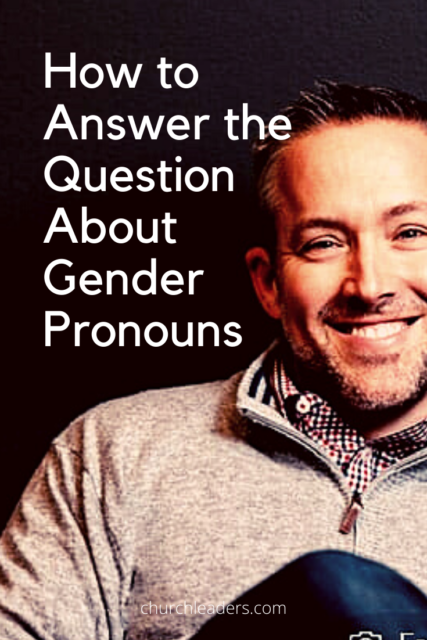 On his latest “Ask Me Anything” podcast, Pastor J.D. Greear answered the question of whether or not Christians should use a trans person’s preferred gender pronouns. In his response, Greear said he follows several principles that lead him to conclude,

“Personally…if a transgender person came into our church, came into my life, I think my disposition would be to refer to them by their preferred pronoun.”

But despite leaning toward using someone’s preferred gender pronouns, Greear noted, “I think Christians ought to be charitable in how they approach this. I don’t think there’s a definitive, once-for-all-time, right and wrong answer.”

Greear mentioned several resources that have been helpful to him as he has wrestled with questions about gender identity. One is a book called When Harry Became Sally: Responding to the Transgender Moment by Ryan Anderson, as well as a book called God and the Transgender Debate by Andrew Walker. Greear also recommended the work of Preston Sprinkle, president of The Center for Faith, Sexuality, and Gender.

There are a few truths we need to recognize in order to answer the question about gender pronouns, said Greear. One is that, when it comes to gender identity, Christians often assume that our only possible responses are either affirmation or alienation. But showing Christian love does not mean there are only those two options. And we must be sensitive to the fact that, “Too often, let’s just acknowledge, the church has failed to be the sanctuary. The church ought to be the one place that people that struggle with sins of any kind ought to feel safe.”

With that in mind, Greear said, realize that, “Behind every question is a questioner.” When someone asks this question about gender pronouns, it could be they are just trying to pick a fight, but, “A lot of times this is asked by somebody who is in the midst of either themselves being transgender or they’re trying to love somebody who is transgender and they’re really struggling with what is a way to show this person respect and affirmation.”

Along the same lines, we need to realize that behind every gender identity question is also a question of unanswered prayer. Greear said this is one of the most helpful pieces of advice he has received as a pastor when it comes to gender identity. If people who are transgender grew up in the church, they have probably prayed for God to change them and are dealing with the pain of that prayer remaining unanswered.

Greear emphasized that the “true battlefront” of the gender debate is the question of where we should look to define our gender. Is it our anatomy? How we feel inside? Our DNA? He believes the most scientific and biblical answer is that gender is determined by our genetics. We know who we are, not because of how we feel at any given moment, but because of who God says we are. Referring to Jeremiah 17:9, Greear said, “Don’t look into the murky, dysfunctional abyss of your heart that is consumed with sin and look for identity, you look to God’s Word and his created order.”

So What About Gender Pronouns?

Christians generally fall into two camps when answering the gender pronouns question. There are those who believe they will be lying if they do use someone’s preferred pronouns, and there are those who want to be respectful of the trans person’s wishes.

Greear believes that the latter posture shows courtesy and generosity, but was clear that when discussing his beliefs about gender with that person, he would be truthful. However, he does not think it is helpful to fight that battle up front over gender pronouns.

Greear sees a basis in Scripture for this “pronoun hospitality,” a term he credits to Preston Sprinkle. For example, the Old Testament writers often refer to the “gods” of other nations, even though the Bible is clear that there is only one true God. Greear also gave the example of missionaries who serve in polygamous tribes. If a chief has 10 wives, it is perhaps not the most charitable decision to refuse to call nine of the women “wives” out of the argument that a true marriage is only between one man and one woman. “I think there’s a generosity of spirit that you can communicate there,” said Greear.

However, even though Greear leans toward this “generosity of spirit,” he said that the answer to the question of gender pronouns is a matter of conscience for every person, as described in Romans 14. If your conscience prevents you from referring to someone according to their preferred pronouns, then the best thing to do is to avoid using pronouns altogether and use their proper name, even if doing so sounds strange.

Ultimately, said Greear, our guiding principles are 1) to be generous and 2) to tell the truth and, “Those two things are bigger than the pronoun question.”