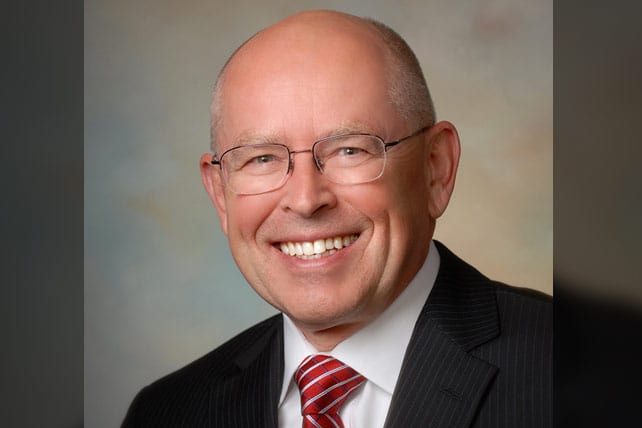 In a reversal of his long-held stance, prominent conservative and complementarian theologian Wayne Grudem says the Bible permits divorce in cases of spousal abuse. Though he still advises church leaders to promote marital restoration when possible, the Calvinist scholar and author of Systematic Theology now admits divorce is sometimes warranted.

At last week’s annual meeting of the Evangelical Theological Society, Grudem gave a talk titled “Grounds for Divorce: Why I Now Believe There Are More Than Two.” In it, he cited biblical exegesis plus real-life examples for his revised position.

Grudem, co-founder of the Council on Biblical Manhood and Womanhood, conducted exegesis on 1 Corinthians 7:15, specifically the phrase “in such cases” (ESV):

But if the unbelieving partner separates, let it be so. In such cases the brother or sister is not enslaved. God has called you to peace.

By examining more than 50 uses of “in such cases” throughout ancient Greek texts, Grudem discovered it usually refers to other similar scenarios, not just the one being mentioned. Speaking to Christianity Today, he explains that the phrase “should be understood to include any cases that similarly destroy a marriage.” Cases he mentioned in his talk include repeated rape, battery, and repeated threats of physical harm or even murder.

Real-life anecdotes also factored in, Grudem says. “My wife Margaret and I became aware of some heartbreaking examples of such things as severe sexual humiliation and degradation … [and] physical battering that had gone on for decades. In all these situations, the abused spouse had kept silent, believing that a Christian’s duty was to preserve the marriage unless there was adultery or desertion, which had not happened.”

In the outline for his talk, Grudem notes: “If abuse by an unbelieving spouse forces the abused spouse to flee the home for self-protection, the abuser has caused the separation just as much as if he or she had deserted the marriage.” He adds, “Abuse is in some ways more harmful than desertion, because abuse includes repeated demonstrations of actual malice, not simply indifference. Abuse is actively and repeatedly malevolent.”

Grudem’s message for church leaders is to use discipline and counseling to try to prevent divorce but to not rule it out as an option.

Reaction Has Been Positive, Grudem Says

Attendees were “overwhelmingly positive and appreciative” of his message, says Grudem, adding that a domestic-violence counselor wept when she read the outline. “More than one person said to me afterward, ‘I came prepared to disagree with you, but you persuaded me,’” he says.

Complementarians believe God designed men and women with equal worth but for distinct, complementary roles in the home and church. The recent #MeToo and #ChurchToo movements put complementarianism in the spotlight, with some people arguing that certain theological beliefs, such as submission, place women at risk.

Some people suspect Grudem merely reverse-engineered a biblical solution to a sticky problem. For example, writer Ruth Graham (no relation to evangelist Billy) tweeted: “I don’t presume to know what’s in Wayne Grudum’s heart, but *some* might see in this story an example of using theology to back-engineer a new conclusion that is both more humane and culturally palatable.”

In surveys by LifeWay Research, a slight majority of evangelical pastors say divorce may be preferable when violence persists.

Grudem also had a change of heart regarding his 2016 endorsement of presidential candidate Donald Trump.