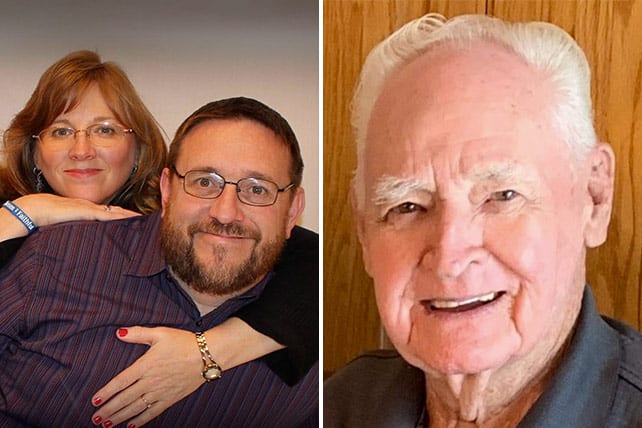 William Wesley Barton, who was one of at least 37 people infected with Covid-19 at a church in Arkansas, passed away March 24 at the age of 91. Pastor Mark Palenske and his wife, Dena, are among the members of Greers Ferry First Assembly of God who have tested positive for the disease, and Palenske had strong words of caution for those tempted to take the pandemic lightly:

Maybe you assumed that it couldn’t happen to you, just like I did. Please adhere to the social instructions that you are receiving locally and nationally. We must keep the affected population to as low a number as possible. [One] singular act of stubborn independence can have far reaching effects on someone else’s life. Respect and compassion for the people around us must dominate our self-discipline.

William Barton had been a greeter at the Greers Ferry, Arkansas, church, and on Facebook Palenske described what Barton had meant to the congregation:

Each Sunday, the door would be opened for you and a white-haired, well-dressed gentlemen would extend a characteristic smile. It had been his post for years. He retired from the position several years ago, but returned after only a few months, saying that he really didn’t want to give it up. Our hearts are broken, and his family is feeling his loss deeply.

The pastor said that as soon as they were able to meet publicly again, the church would celebrate Barton’s life. He added,

Bill loved the Lord deeply and his heart was so tender to the presence of God. His life was immensely transformed by God’s grace, and I am assured that the ‘greeter’ has indeed been greeted into heaven itself. Your continued prayers for his family are greatly appreciated.

What Happened at the Greers Ferry Church?

In his latest Facebook update, Palenske wrote that almost 40 people, most of whom are from his church, have tested positive for Covid-19 and that “a small handful” is still awaiting test results. The Christian Post reports that 31 of those who tested positive are on staff with Greers Ferry and another who tested positive is a child.

The pastor said that his and his wife’s symptoms started off with a headache and progressed to severe body aches, lethargy, chills, sweating, and nausea. Dena even had a “seizure of sorts” and had to be hospitalized for a short time. But now it sounds as though Palenske, his wife, and some of the others who got sick are coming out of the worst of the virus. He wrote, “Many of us are recovering from a long list of symptoms that seem to be common with this virus, and we certainly appreciate the hints of restored health that are headed our way.” During the course of their illness, he and his wife learned the importance of staying hydrated (which is harder than it sounds) and the pastor also noted that Tylenol “has been a great friend.”

Palenske said that those involved have not been able to determine the disease’s origin in their community, although the virus “clearly made its way through a special weekend of children’s ministry at our church.” The event took place on March 6-8, well outside the window of when states started implementing lockdowns or people in the U.S. started waking up to how serious a threat the coronavirus was.

There are a couple other “pertinent facts” Palenske shared that are notable and troubling. First, none of those infected from his church had traveled outside the state of Arkansas, and neither the pastor nor his wife had traveled out of state even months prior to contracting the disease.

Second, the pastor observed that the children’s ministry event occurred before there was any confirmed case in Arkansas, and he also pointed out that Greers Ferry held its last church service on Wednesday, March 11. Said Palenske, “We canceled services prior to anyone in our church testing positive, and prior to any local, state or national directive.” He credited the “quick and decisive actions” of local healthcare workers to helping prevent the virus from spreading further in the community than it already had.

Palenske’s story highlights how important social distancing is, even for people who think they have not contracted the disease or that they are unlikely to contract it. As of this writing, there are 310 confirmed cases of Covid-19 in Arkansas and two confirmed coronavirus-related deaths in the state, including Barton’s. There are currently 79,785 confirmed cases in the entire U.S., and there have been 1,124 virus-related deaths in the country as of the writing of this article.

On Facebook, Palenske thanked his church for their support through prayer and had the highest praise for the healthcare personnel working to contain the virus. He requested prayer, grace and empathy for medical workers, saying, “They are trying their very best and we are indebted to their diligence and their compassionate service.”