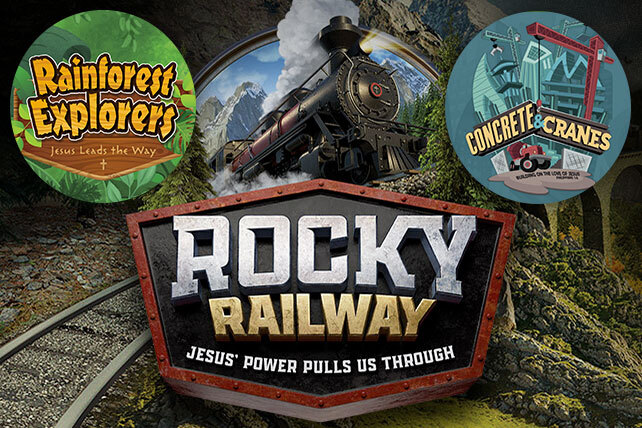 For many churches this year, one of their largest evangelistic efforts has turned into a game-time decision. Vacation Bible School—an annual highlight for many congregations, children, and volunteers—is being upended, along with almost every other aspect of life and ministry, by the pandemic. But churches are determined to offer something for VBS 2020—pandemic or not.

While most churches say they intend to offer VBS this summer, the format and timing will likely be much different from years past. To help churches proceed safely and maintain social distancing, publishers have been adapting existing lesson materials and helping churches plan creatively. And though building closures and decreased giving have forced some churches to cut back on curriculum purchases, publishers say VBS is more important than ever these days.

Most Churches Hope to Proceed with VBS 2020

As of May 1, the “majority” of churches “are still hoping to have some form of face-to-face VBS this summer,” says Tracy Watkins, Group Publishing’s VBS business director. “A smaller portion are planning for an online VBS, but many of those are also planning a face-to-face VBS simultaneously,” he tells ChurchLeaders.com. “For many, it will be a ‘game-time’ decision.”

Stephanie DiDonato, marketing content specialist at Concordia Publishing House, tells ChurchLeaders.com: “With areas of the country in different stages with regard to stay-at-home orders and uncertainty for what the summer may bring, we’ve seen that churches are looking at multiple ways to host their VBS programs.” Concordia is seeing increased interest this year in “how to adapt current programs to host virtual VBS,” she adds.

Speaking to ChurchLeaders.com, Chuck Peters, operations director for LifeWay Kids, says the conversation has switched from “if” churches are holding VBS this year to “how” they’ll hold it. Two or three weeks ago, he says, churches were indicating they’d try virtual or at-home VBS. But now more are leaning toward neighborhood-based VBS, with small groups gathering in back yards. Other churches say they hope to host VBS on their campus later in the summer, likely with more sessions and fewer participants per session.

Thinking Outside the Box

Knowing that some churches won’t be able to have (or won’t be comfortable having) any large gatherings this summer, VBS publishers are tweaking curriculum for online use. Today, Group will release modifications for its “Rocky Railroad” VBS. Changes include packets that can be dropped off at participants’ homes, as well as permissions to use various media online. Group’s railroad-themed materials also will be available in 2021, while supplies last.

On its website, Concordia posted a video with tips for hosting digital “Rainforest Explorers” VBS, as well as a planning guide, checklists, family lesson guides, and other resources.

Publishers acknowledge that money is likely to be an issue for more churches and families this summer. To keep VBS affordable, Group suggests asking a few donors for special gifts, charging an admission fee if your church has never done that, and setting up scholarships for participants in need.

Pandemic Offers ‘a time to innovate’

As with past obstacles, the coronavirus has provided opportunities, says LifeWay’s Peters. “It’s easy to get paralyzed when we’re told we can’t do something the way we normally do it,” he tells ChurchLeaders.com. “But this isn’t a time to freeze; it’s a time to innovate. The church has risen to the occasion during this pandemic, and VBS will be no different.”

The gospel remains central to VBS, Peters adds, with the format and timing being secondary. He’s confident that outreach will be just as effective this year because “VBS leaders are some of the most creative people I know.”

Bethany Brown, production editor for LifeWay VBS, has a unique perspective on proceeding with programming this summer. While conducting research about VBS history, she found World War II-era notes from a former LifeWay VBS head. Brown learned that VBS is a “resilient force” and that tough times call for steps such as recognizing the need to change, staying flexible, cooperating with other congregations, and thinking bigger. “Maybe it’s as simple as adjusting your [VBS] crafts or missions project to support medical professionals and delivery workers,” she suggests.