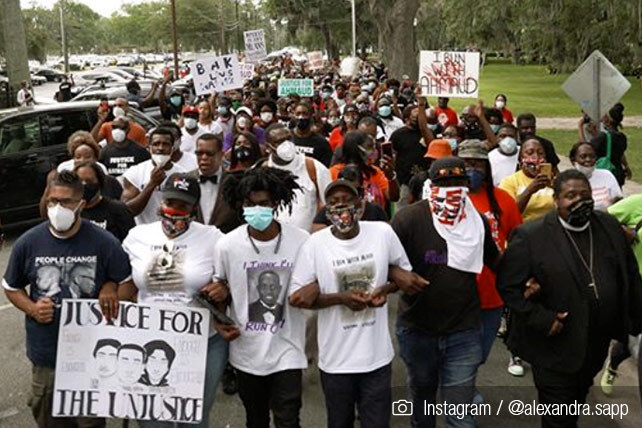 The shooting of Ahmaud Arbery shocked the nation, and church leaders of different ethnicities widely condemned the killing. But what can believers and pastors—particularly those of us who are white—learn from that incident in order to move toward racial healing in its aftermath? Glenn Packiam, who is an Associate Senior Pastor at New Life Church in Colorado Springs, Colorado, believes it is crucial to recognize that our need for racial reconciliation is first and foremost a need for the gospel.

“When we understand Jesus as the King who tears down these divisions and creates a new community in his name,” said Packiam in an interview with ChurchLeaders, “then all of sudden, we start thinking about racial reconciliation not as some sort of sidebar, hobby interest, or social agenda, but we see it as, ‘This is what the gospel does.’”

Arbery’s Death and Our Need for Racial Healing

Ahmaud Arbery’s killing has generated outrage for several reasons, not least of which is that two white men chased down and shot a black man. The shooters, who allegedly suspected Arbery of committing burglaries in the area, were armed, but reports do not indicate that Arbery was. He was out jogging when the two men cornered and killed him. What’s more, the men who shot Arbery were only arrested after video footage of the incident was leaked months after the shooting occurred. Some have pointed out that Arbery had a criminal record, but there is nothing in our laws that justifies two people tracking down and shooting someone simply because they suspect him of committing a crime. In an article responding to Arbery’s killing, Dr. Russell Moore said, “The arguments, already bandied about on social media, that ‘Arbery wasn’t a choirboy’ are revolting.”

In Packiam’s view, the encouraging part about the church’s response to Arbery’s shooting is how many people from different backgrounds and ethnicities were willing to publicly voice their outrage and grief. But, the pastor pointed out, it is tragic that it takes an extreme situation for so many people from the majority culture to speak out against racism. “When you listen to what African Americans describe as their experience,” he said, “they would say, ‘Well, actually, this stuff happens in small ways every day of our lives.’”

Something else to consider is this: Even though we are outraged now, are those of us in the majority culture going to stop thinking about racial injustice as the days go by simply because we are unaffected by it? “We respond when there’s a clear wrong,” said Packiam, “but are we equally empathetic, and are we equally aware of the experience of African Americans on a daily basis?”

Bringing Racial Healing by Being the Church

To help bring racial healing to our society and our congregations, said Packiam, we first need to recognize that only the gospel can truly bridge the separations between us. “The only way walls of division get torn down,” he said, “the only way reconciliation truly happens is in Jesus Christ.

Breaking down the walls that exist between people is inherently part of what it means to be the church. For a biblical basis for this point, we need only look to the early church, which bridged deep-seated social divides between people that had existed for hundreds of years. These included the class divisions among the Romans and the Greeks, as well as the separation between Jews and Gentiles. “Christianity became the first transnational, transethnic, transcultural movement,” said Packiam. Tearing down the walls that divide us is simply what the gospel does.

Living out our identities as followers of Jesus and moving toward racial healing means we need to become better at listening to people who are not like us. “All of us tend to gravitate to people who are like us, like-minded,” said Packiam. “Some of that is natural—it’s how friendships form. But if we’re going to remember that the church is a reflection of a kingdom that goes beyond one nation and one culture and one ethnicity, then we’ve got to get better at listening to people outside of our own tribe.”

Packiam believes it is easier for those in the majority culture to challenge the majority culture than it is for those in the minority to do so. “I’ve experienced this even as a person of color,” he said. The pastor is a first-generation immigrant from Malaysia, and while he would in no way equate his experience with that of African Americans, he said, “I do understand the idea of coming as an outsider to a new context and to a new culture.”

Even when Packiam posted some of his reflections on Arbery’s killing, he got a few private messages from people who pushed back on his words and asked if he had considered other aspects to the situation. This was in contrast, he said, “to my colleagues who are white, who only got applause.”

“It’s very hard for a person who’s in the minority to challenge the majority,” said Packiam, “even in situations like this. We’ve got to get better at hearing the voices, the laments, the critiques of those outside of our own homogeneous group.”

Another encouragement Packiam has specifically for pastors is to preach the gospel, as the first Christians did, in a way that challenges existing social boundaries and tendencies in our sin nature. He said, “We live in a context in America right now where people are being discipled more by political talking points than they are by the preaching of the New Testament. As pastors, we’ve got to confront that.”