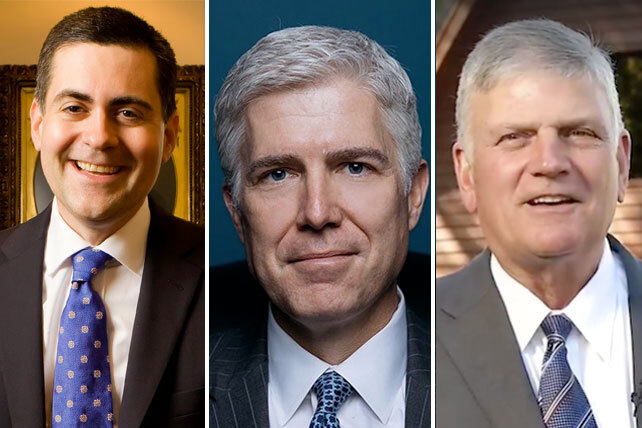 In a decision that has troubled faith leaders, the U.S. Supreme Court ruled Monday that, based on the Civil Rights Act of 1964, employers may not discriminate against employees because of sexual orientation or gender identity. One surprising aspect of the ruling was that Trump appointee Neil M. Gorsuch sided with the court’s liberal justices.

“Today, we must decide whether an employer can fire someone simply for being homosexual or transgender,” said Gorsuch, writing for the majority. “The answer is clear. An employer who fires an individual for being homosexual or transgender fires that person for traits or actions it would not have questioned in members of a different sex. Sex plays a necessary and undisguisable role in the decision, exactly what Title VII forbids.”

What Does the Civil Rights Act of 1964 Mean Today?

The Supreme Court examined several lawsuits against Title VII of the Civil Rights Act of 1964, which banned workplace discrimination on the basis of “race, color, religion, sex, or national origin.” One of the main questions the court had to answer was whether the meaning of the word “sex” in the statute encompassed not only biological sex but also a person’s sexual orientation and gender identity.

The justices considered several cases, two involving gay men who claimed they were fired because of their sexual oriention and one involving a woman who was fired after coming out as transgender. In his opinion for the majority, Gorsuch observed that the employers in question did not deny that sexual orientation and gender identity were their reasons for firing the plaintiffs, and he went on to say, “An individual’s homosexuality or transgender status is not relevant to employment decisions. That’s because it is impossible to discriminate against a person for being homosexual or transgender without discriminating against that individual based on sex.”

In a dissenting opinion, Justice Alito called the ruling “deceptive” and said, “There is only one word for what the Court has done today: legislation…A more brazen abuse of our authority to interpret statutes is hard to recall. The Court tries to convince readers that it is merely enforcing the terms of the statute, but that is preposterous.”

The court could not possibly be merely enforcing the Civil Rights Act of 1964, said Alito, because when the word “sex” was used in 1964, people did not understand it to encompass sexual identity or orientation. “Even as understood today,” he said, “the concept of discrimination because of ‘sex’ is different from discrimination because of ‘sexual orientation’ or ‘gender identity.’” The justice argued that if the country’s leaders want to protect gay and transgender rights, they should pass a new law, not reinterpret an existing one.

Alito also questioned how the ruling would impact religious freedom, noting, “Briefs filed by a wide range of religious groups—Christian, Jewish, and Muslim—express deep concern that the position now adopted by the Court ‘will trigger open conflict with faith-based employment practices of numerous churches, synagogues, mosques, and other religious institutions.’” While the justice acknowledged that Title VII provides some protection for religious rights, he added, “the scope of these provisions is disputed, and as interpreted by some lower courts, they provide only narrow protection.”

Gorsuch did address worries about religious rights, writing in his opinion, “We are also deeply concerned with preserving the promise of the free exercise of religion enshrined in our Constitution; that guarantee lies at the heart of our pluralistic society.” He went on to list various ways Congress has sought to protect religious freedoms, but concluded, “How these doctrines protecting religious liberty interact with Title VII are questions for future cases.”

Faith leaders have already expressed the same concerns voiced by Justice Alito. Dr. Russell Moore, president of the Ethics and Religious Liberty Commission of the Southern Baptist Convention, said the ruling had “seismic implications for religious liberty.” Moore believes there will be “potentially years of lawsuits and court struggles, about what this means, for example, for religious organizations with religious convictions about the meaning of sex and sexuality.”

The court’s reinterpretation of the word “sex” for a modern context also has drastic consequences, in Moore’s view. He believes the result will be that future lawmakers “actually won’t know what they are voting to pass, because words might change cultural meaning dramatically between the time of passage and some future court case.”

Samaritan’s Purse president Franklin Graham weighed in on the court’s ruling as well, saying, “I believe this decision erodes religious freedoms across this country. People of sincere faith who stand on God’s Word as their foundation for life should never be forced by the government to compromise their religious beliefs.”

Graham added, “Christian organizations should never be forced to hire people who do not align with their biblical beliefs and should not be prevented from terminating a person whose lifestyle and beliefs undermine the ministry’s purpose and goals.”