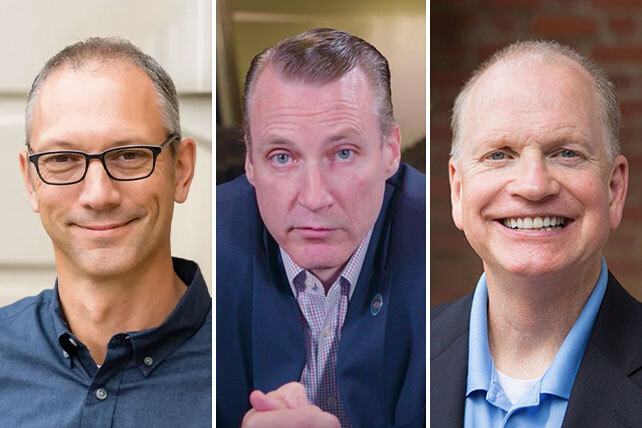 Two board members of Cedarville University in Ohio have resigned after the Board of Trustees decided to reinstate Dr. Thomas White as president. White had been on administrative leave because of how he handled the hiring and firing of Dr. Anthony Moore, who was terminated in April after details emerged about his past sexual misconduct.

“The events surrounding the hiring of Dr. Anthony Moore and the five year plan of his restoration was seriously flawed from the beginning and poorly implemented once he arrived at Cedarville,” wrote former board member Daniel Akin. “Nevertheless, the Board of Trustees voted on Tuesday, June 23, to reinstate Dr. White as president. Regretfully this is a decision I could not support. I tendered my resignation to the Board Chairman following that meeting effective immediately.”

My Letter of Resignation from the Board of Trustees of Cedarville University pic.twitter.com/eoPgT76FPo

The other board member who resigned is Mark Vroegop, who said, “the events surrounding the hiring of Dr. Anthony Moore and the execution of his restoration plan were deeply troubling.” Vroegop praised the board for hiring independent law firm Husch Blackwell to investigate White’s actions, but he agrees with Akin the report shows that White should no longer be president.

The Board of Trustees issued a statement, which acknowledged that while the independent report found White had compassionate motives for hiring Moore, “it is reasonable to infer from the evidence available that President White took steps that he knew, or should have known, clouded the specific nature of Dr. Moore’s misconduct.” Furthermore, White “subsequently failed to notify the Board of the specific nature of Dr. Moore’s misconduct.”

The board noted that Moore had not been found guilty of any sexual misconduct against students or employees during his time at Cedarville University. The reasons why the members voted to reinstate White included that he had apologized for and repented of his mistakes, that he “took action when he learned the full extent of Dr. Moore’s past,” and that he has a history of serving Cedarville well. The board is mandating that White take classes on victim advocacy and prevention and that he commit to “lead Cedarville University to emphasize victim prevention, awareness, advocacy, and other related areas.”

What Happened Before Moore Came to Cedarville University?

White fired Moore on April 23, 2020, after allegedly learning new information about Moore’s past, specifically that he had taken multiple videos of a male youth pastor showering. White said he knew that Moore had taken up to two videos of this nature, but that he had not realized Moore had done so over an extended period of time.

It is because of these videos that Moore was fired in early 2017 from being a pastor and elder with The Village Church (TVC), which is located in the Dallas-Fort Worth area. The former pastor’s actions are classified as “invasive visual recording” and are a “state jail felony” in Texas. While White knew of Moore’s firing and the reasons for it, the Cedarville president claims that it was only recently he realized the extent of Moore’s behavior. On his website, White said,

On April 22, 2020, I learned that I did not have all the information about the original incident. Instead of at most two videos, I heard there were at least five videos. Instead of this being over a short period of time, I heard that these were taken over a period of at least five months. I also heard details of an unhealthy friendship…If I had known these items at the beginning, I would not have attempted the plan for restoration.

The details of Moore’s past became public knowledge because blogger Todd Wilhelm and journalist Julie Roys began publishing information about the former pastor’s history, including a police report about his actions. The report says that Moore’s victim (who never pressed charges) discovered he was being recorded while showering and subsequently found several videos of himself on Moore’s phone. The youth pastor then confronted Moore, who told the man he struggled with same-sex attraction.

In an interview with Julie Roys, the victim said that Moore is guilty of more than taking invasive videos of him. The youth pastor became good friends with Moore during their time at Southwestern Baptist Theological Seminary, starting in 2009. The man said that for nearly 10 years, Moore committed “emotional, verbal, and spiritual abuse” against him. Notably, White was also at Southwestern at the same time as the other two men and was acquainted with both, although he did not know Moore’s victim well.

When TVC fired Moore in early 2017, church leaders did not publicly disclose the specific reasons why. In his announcement before the church about Moore’s removal, Matt Chandler said leaders had learned of a “sin issue” in Moore’s life, namely that he had “committed grievous, immoral actions against another adult member that disqualify him as an elder and staff member.”