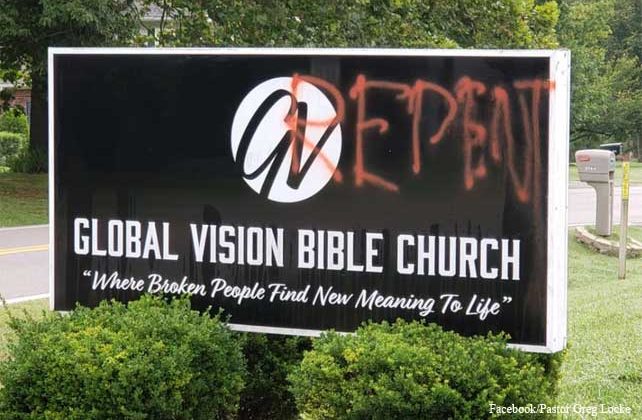 A church in Mt. Juliet, Tennessee, pastored by Greg Locke, was vandalized late Saturday night/early Sunday morning in an act that appears to have been incited by the church’s upcoming scheduled appearance of Roger Stone. Stone, a former 2016 campaign advisor for President Donald Trump and convicted felon, is scheduled to speak at next week’s worship service at Global Vision Bible Church.

Stone was invited to give his testimony about standing up with 500 other people at a Franklin Graham prayer service this past January and confessing that he was a sinner (thus committing his life to Jesus).

Vandal(s) sprayed painted vulgar comments and Bible verses around the Global Vision Bible Church campus including the rental tent they have been using for their outdoor worship gatherings due to the pandemic. The perpetrator(s) wrote, in a couple of places, “Locke and Stone will burn in hell” and Titus 1:16 which says, “They profess to know God, but they deny him by their works. They are detestable, disobedient, unfit for any good work.” 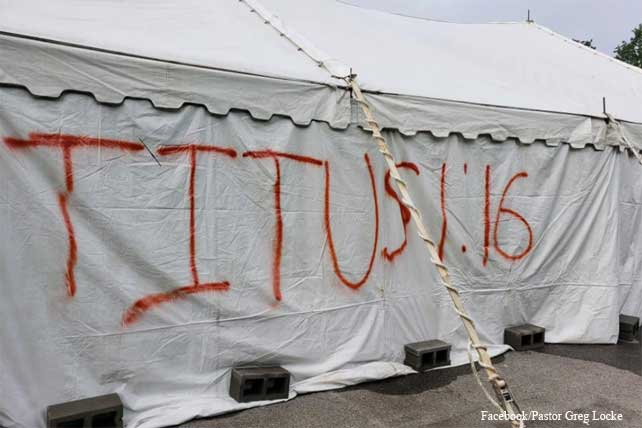 Locke said, “They wrote ‘FU’ in big letters right on the top of my pulpit right here. So I guess that means forgive you in Jesus name…So whoever did it we forgive ya!” He comically, yet sincerely, told the vandal(s), “If you want to silence Greg Locke, don’t write FU on my pulpit.” 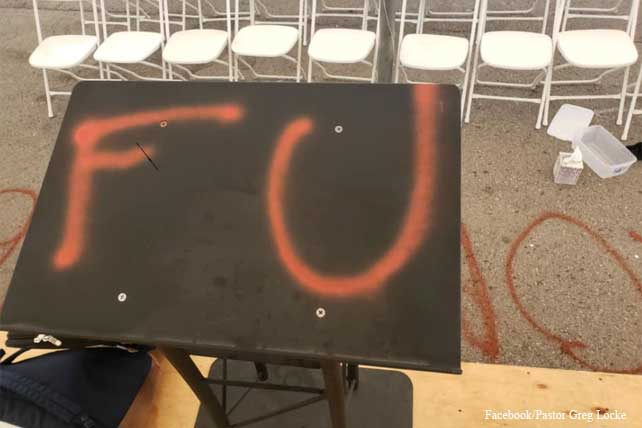 An estimated $5,000 in damages was done, but no forced entry to any of the buildings was discovered. 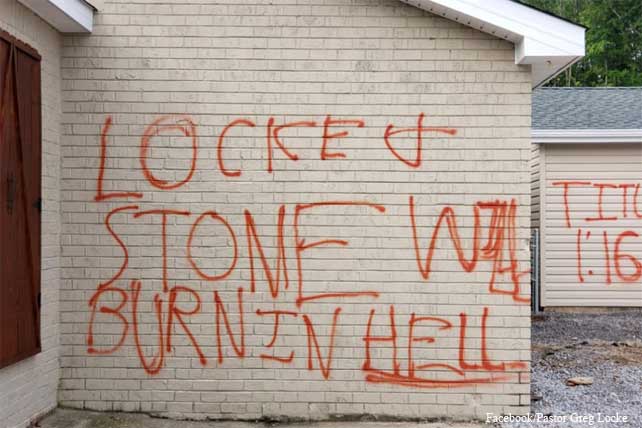 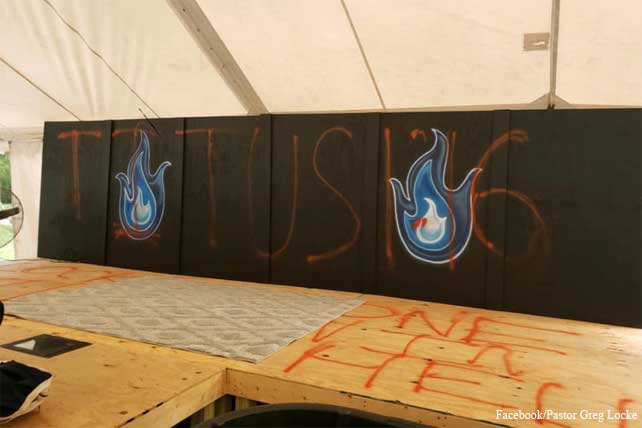 Romans 16:18, “For such persons do not serve our Lord Christ, but their own appetites, and by smooth talk and flattery they deceive the hearts of the naive,” was also spray painted on one of the buildings next to Titus 1:16. 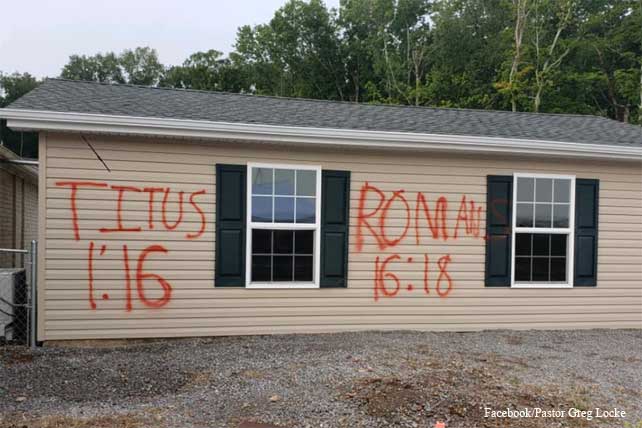 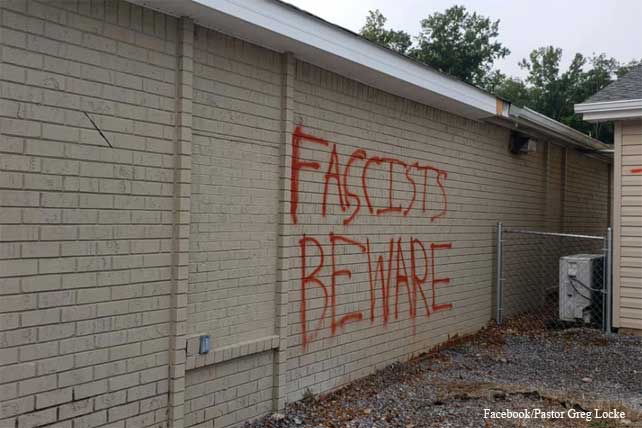 Pastor Locke hasn’t shut Global Vision Bible Church down amid all the state’s COVID-19 mandates because he believes the church is an essential service to the community. Global Vision Bible Church has been meeting outside since late March, and in a July Facebook Live video Locke said, “I will go to jail before I close our church.” Locke adamantly expressed, “They will be selling frosties in the lake of fire, before Greg Lock and Global Vision Bible Church ever closes down…we are staying open, we are packed to capacity, you ain’t got to wear a mask, we’re not social distancing.” The video received over 64 thousand reactions and 16 thousand comments.