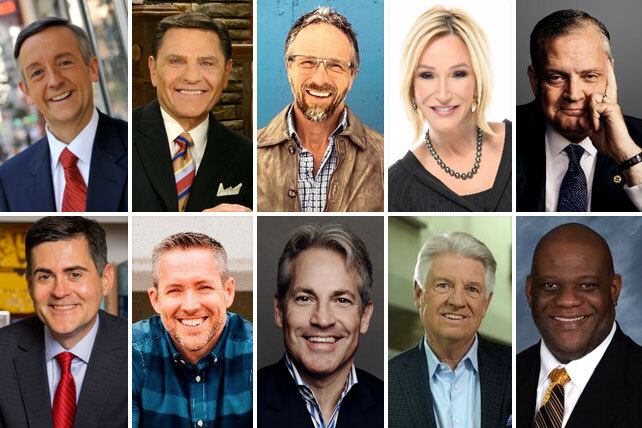 Although news organization on Saturday declared former Vice President Joe Biden the winner of the 2020 U.S. presidential election, President Trump and many of his supporters are casting doubt about the outcome. Because Trump’s attorneys are pursuing legal challenges in several states, the Republican incumbent hasn’t yet conceded—a step that’s a tradition, not a constitutional requirement.

How to proceed—and whether to concede—is now a hotly debated topic among Trump’s family members, administration officials, and evangelical supporters. Here’s what some prominent people of faith are saying as America faces a post-election divide:

No matter the final outcome, say many pastors and leaders, Christians must pray for people in authority and for the country—while remembering that our true citizenship is in heaven.

Trump supporter Robert Jeffress, pastor of First Baptist Church in Dallas, writes on FoxNews.com that praying for someone who wasn’t “our preferred candidate” is an opportunity “to show that Christians are not hypocrites” as well as “the chance to show the consistency and constancy of our Christian witness.”

Jeffress, who has called Trump the “most pro-faith president in American history,” acknowledges that a Biden victory “is a bitter pill to swallow” for many Christians. But he adds that God is the one who establishes earthly authorities and who commands us to obey them.

Southern Baptist Convention (SBC) President J.D. Greear, who recently preached a sermon series about tough political issues, says empathy, charity, and unity should “guide our posture after this election.” It’s possible, he says, to disagree on important political questions yet “still stand united…because our identity in Christ and our mission to preach the gospel is that much more important.”

Russell Moore, president of the SBC’s Ethics and Religious Liberty Commission, writes, “We are called to love our neighbors and to pray for their thriving. That means that we cannot pray for whatever ‘our side’ is to succeed in injustice or for the ‘other side’ (whoever that is) to fail in doing what is good.” Moore adds, “What we should pray for regarding government leaders, for all of them, is wisdom and discernment, that they might do what is right. And having prayed so, we should hope that what is just and right will be done, by all of them.”

Dwight McKissic, pastor of Cornerstone Baptist Church in Arlington, Texas, tweeted on Friday: “It’s time for President Trump’s evangelical council to say to him, Mr President, for the sake of the health of our democracy & to not establish a precedent that others will follow every 4 yrs, who lose the popular vote by 3-4 million..please concede with grace & run again in ‘24.”

McKissic, an African American, has criticized President Trump for not supporting the Black Lives Matter movement. “Systemic injustice & qualified immunity are the equivalent of pro-life issues, if you are a victim of either, which many minorities are,” the pastor tweeted last month.

Jeff Myers, president of Colorado-based Summit Ministries, urges Christians to “demand justice” in what he calls an “election crisis” due to “voting irregularities.” Leaving the next steps solely up to God, he writes, “is bad citizenship and even worse theology. It is bad citizenship because in a republic your vote does not get you across the finish line. It gets you to the starting line. We have a solemn duty to demand that our government officials stand for truth and honesty.”