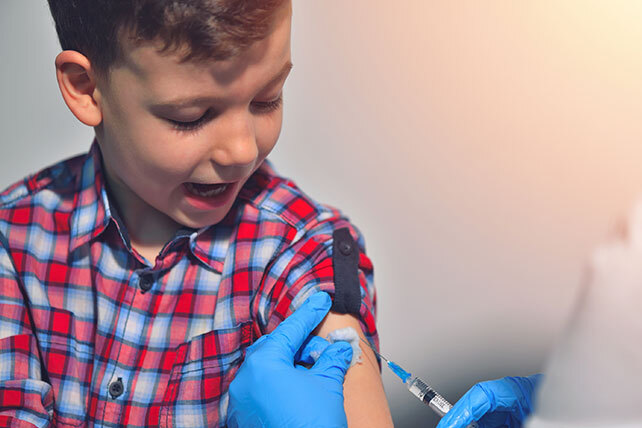 Recent news about promising COVID-19 vaccines are raising hopes that an end to the coronavirus pandemic could be near. But details about how vaccines are developed and tested are raising moral concerns for some Christians and pro-life advocates, specifically regarding the role of fetal tissue.

Christian and secular experts have conducted deep dives into that debate, concluding that the “immortalized” cell lines in use today no longer contain fetal tissue. Several faith leaders are urging Christians not to turn down the COVID-19 vaccine because of those concerns.

The success of immunizations depends partly on how many people take them, so public health experts are working to combat misinformation and encourage widespread compliance when a coronavirus vaccine becomes available.

The Role of Cell Lines in Research

As Church Leaders has reported, pro-life groups in several nations are urging researchers to develop vaccines that are “not ethically tainted.” Medical experts push back by noting that so-called “immortalized” cell lines have existed for years and aren’t obtained from recent fetuses.

Bioethicist Nicholas Evans echoes that, saying, “Chances are, if you have had a medical intervention in (America) or pretty much any other country, you have benefited from the use of these cell lines in some way.” In most cases, he adds, “The risk to public health, if one chooses not to vaccinate, outweighs the legitimate concerns about the origins of the vaccine.”

The fetal-tissue debate arose again in October, when President Trump was diagnosed with COVID-19 and received an experimental antibody cocktail from Regeneron. It’s derived from a cell line originating from a fetus in the 1970s, but records about how that tissue was obtained are no longer available. Regardless of whether the fetus was miscarried or aborted, say researchers, the cell line now in use no longer contains fetal tissue.

The cells essentially serve as “factories for production,” says Dr. Deepak Srivastava, immediate past president of the International Society for Stem Cell Research. “What’s important for the public to know even if they are opposed to the use of fetal cells for therapies, these medicines that are being made and vaccines do not contain any aspect of the cells in them.”

Consent and Other Considerations

In the U.S., COVID-19 vaccines being developed by Pfizer and Moderna were tested with a line originating from cells from a fetus aborted in 1985. Pastor Joe Carter, in an article for The Gospel Coalition, explores the moral complexities by discussing issues of cooperation, consent, and impact.

If an abortion were being performed “for the purpose of creating a cell line,” he writes, “then it would clearly be immoral” because it would involve “cooperating in evil.” By contrast, researchers can acquire fetal tissue after a fetus dies, no matter how that death occurs.

Consent also is key, says Carter, comparing the issue to organ donation following a healthy person’s unexpected death. Parents might willingly donate fetal tissue after experiencing a miscarriage or ectopic pregnancy, for example, which is not morally complicit.