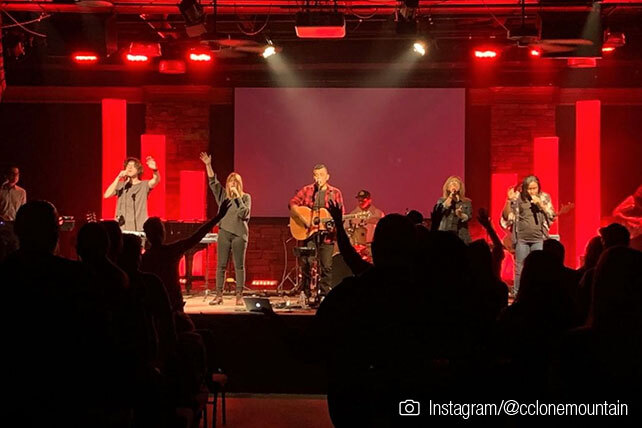 They say churches should be held to the same standards that allow casinos, bars, restaurants and others to operate based on a percentage of their capacity — currently 25 percent — not a hard cap.

“I think it’s more than skepticism, I think the Supreme Court has made it very clear when you treat bike repair shops and liquor stores and the like far more favorably than houses of worship, you are not meeting the applicable First Amendment test,” Justice Mark Bennett said.

“It seems to me what they are saying is that you cannot treat houses of worship differently, less advantageously than you do retail businesses and casinos and the like because it is a violation of the First Amendment.”

In a 5-4 decision in July, the Supreme Court refused the Dayton Valley’s church’s request for a temporary order blocking enforcement of Nevada’s 50-person cap on religious gatherings in effect at that time while its appeal was pending before the 9th Circuit. The church has since asked the high court to reconsider that ruling.

On Nov. 26, the Supreme Court barred New York from enforcing certain limits on attendance at churches and synagogues in areas designated as hard hit by the virus.

The justices threw out a federal district court ruling that rejected a challenge to the limits from Pasadena-based Harvest Rock Church and Harvest International Ministry, which has more than 160 churches across the state.

Nevada Deputy Solicitor General Craig Newby told the 9th Circuit panel Tuesday that Nevada differs from New York and California because restrictions on religious gatherings there were far more strict — as few as 10 people in zones with high virus spread in New York and an outright ban on any indoor worship services across most of California.

The circuit panel in San Francisco indicated that at a minimum it likely would follow the lead of the high court’s California ruling and return the cases to U.S. District Court in Nevada for further review.

Newby said that would be a more appropriate remedy than overturning previous rulings in the lower courts refusing to grant emergency injunctions the churches sought to block the state’s COVID-19 directives.

Like the case in New York, the specific restrictions at issue in the legal proceedings no longer are in place. In Nevada, the churches sued in May over Sisolak’s directive that capped all indoor religious gatherings at a maximum of 50 people regardless of the church’s capacity.

Lawyers for the Nevada churches say the specific limits are beside the point. Lone Mountain has a fire code capacity of 700. Dayton Valley’s is 200.

“Whatever directive comes now or in the future, the principal should be equal treatment,” said David Cortman, a lawyer for the Alliance Defending Freedom representing the Dayton Valley church.

Newby said casinos are an especially different category because they are strictly regulated by the Nevada Gaming Commission, are subject to training requirements and on-site COVID-19 testing and have increased enforcement abilities. He said the nature of church services makes them especially vulnerable to the spread of the virus.

Smith scoffed at that argument.

“I read that in your brief and I couldn’t stop laughing. The reality is, when you have all these people in casinos, they’re not paying attention to any rules, I don’t care how well it is regulated. So I don’t see how you justify treating religious worse than casinos,” he said.

Article by Scott Sonner. This article originally appeared on APNews.com.