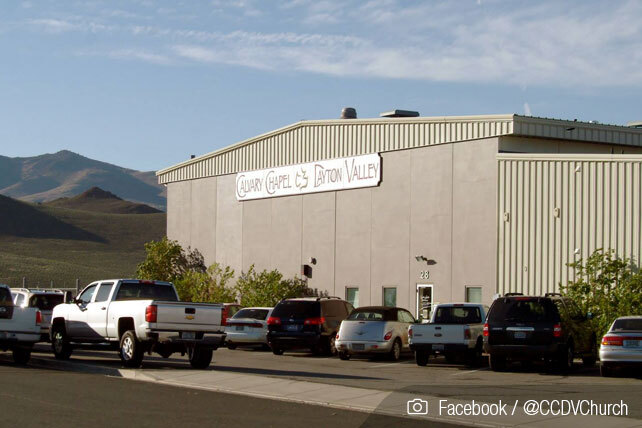 UPDATED June 10, 2021: Calvary Chapel Dayton Valley in Dayton, Nevada sued the state last July in an attempt to increase their worship capacity restrictions from 50 to 90 people during the pandemic in their 200 seat sanctuary. The Supreme Court denied the church’s request in a 5-4 ruling that resulted in the conservative Chief Justice Roberts siding the with liberal justices.

The Nevada Board of Examiners unanimously approved and awarded Calvary Chapel Dayton Valley $175,000 on Tuesday, June 8, 2021. The money will be paid by the state of Nevada to cover the attorney fees the church accrued fighting worship attendance restrictions place on them by the state because of the pandemic.

In the church’s 2020 suit that was filed against Nevada their lawyers argued that, “The governor allows hundreds to thousands to assemble in pursuit of financial fortunes but only 50 to gather in pursuit of spiritual ones. That is unconstitutional.”

Last December, a U.S. Court of Appeals for the Ninth Circuit reversed the state’s ruling and said that “instead of a 50-person cap, the Directive could have, for example, imposed a limitation of 50% of fire-code capacity on houses of worship, like the limitation it imposed on retail stores and restaurants, and like the limitation the Nevada Gaming Control Board imposed on casinos.”

In another 5-4 ruling Friday night, the U.S. Supreme Court prevented a Nevada church from expanding its attendance at in-person worship services. The state’s Democratic governor, Steve Sisolak, has capped church attendance at 50 people during the pandemic, yet casinos and other for-profit businesses may operate at 50 percent capacity.

Calvary Chapel Dayton Valley, a church east of Reno, sued the state because it wanted up to 90 worshipers to meet in its 200-person sanctuary. “The governor allows hundreds to thousands to assemble in pursuit of financial fortunes but only 50 to gather in pursuit of spiritual ones,” said lawyers from Alliance Defending Freedom, which represented the church. “That is unconstitutional.”

“We have a duty to defend the Constitution, and even a public health emergency does not absolve us of that responsibility,” writes Justice Samuel Alito. “The Constitution guarantees the free exercise of religion. It says nothing about freedom to play craps or blackjack, to feed tokens into a slot machine, or to engage in any other game of chance.”

Dissenting Justice Neil Gorsuch writes, “In Nevada, it seems, it is better to be in entertainment than religion. Maybe that is nothing new. But there is no world in which the Constitution permits Nevada to favor Caesars Palace over Calvary Chapel.”

White House Chief of Staff Mark Meadows tweeted that the ruling “would be a supreme disappointment to our founding fathers.”

Nevada: Casinos, Unlike Churches, Are Regulated

Gov. Sisolak argued that Nevada’s gambling industry is highly regulated, with on-site enforcement officials. Churches, however, are unregulated, leaving them to practice safety measures such as social distancing on the honor system.

In his dissent Friday, Justice Samuel Alito writes that the governor’s regulation argument is “hard to swallow.” He also notes that as a health emergency progresses, governmental decisions should face increasing scrutiny by courts.

In May, a 5-4 Supreme Court ruling quashed a California church’s request to be exempt from strict health orders. California Gov. Gavin Newsom actually gave houses of worship more favorable treatment than businesses. In Nevada, however, “there’s a plausible argument that [the state] does single out places of worship for inferior treatment that’s not imposed on many comparable secular spaces,” according to Vox writer Ian Millhiser. He adds that Chief Justice Roberts “appears to be willing to defer to [state] officials even when they hand down public health orders that draw constitutionally dubious lines.”