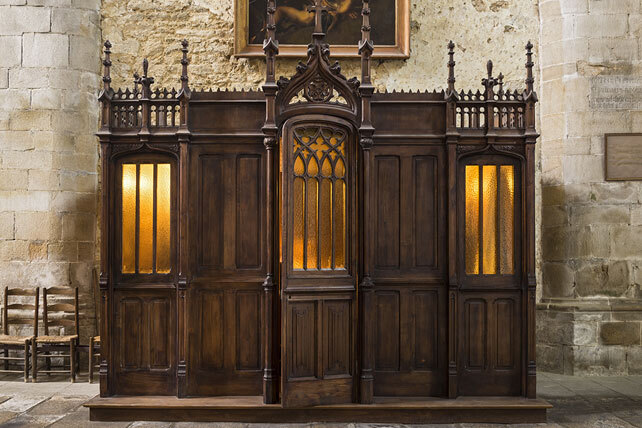 A bill introduced in the North Dakota state legislature could remove “clergy-penitent privilege.” If passed, the new law would require clergy members, who are already designated as mandatory reporters, to report child abuse even if they learn about it while acting in the capacity of a spiritual advisor.

According to current North Dakota law, a “member of the clergy” who has “knowledge of or reasonable cause to suspect a child is abused or neglected, or has died as a result of abuse or neglect, shall report the circumstances to the department if the knowledge or suspicion is derived from information received by that individual in that individual’s official or professional capacity.”

The proposed legislation, Senate Bill No. 2180, amends the law by eliminating the following sentence: “A member of the clergy, however, is not required to report such circumstances if the knowledge or suspicion is derived from information received in the capacity of spiritual adviser.” North Dakota law states that clergy are also mandatory reporters when learning of abuse involving  a “vulnerable adult”; the proposed bill removes clergy-penitent privilege in that circumstance as well.

Brandenburg, however, has reportedly withdrawn his support in response to pressure from Catholic civil rights organization, the Catholic League. Even though the proposed bill applies to any clergy member acting as a spiritual advisor, it is of particular concern to Catholics because of the practice of confessing one’s sins to a priest. On Jan. 20 the Catholic League’s president, Dr. William Donohue, sent a letter to the five lawmakers who introduced the bill, accusing them of attempting to violate religious freedom.

“Can you identify a single instance—just one will do—where it was later learned that a grave injustice was done to a victim of clergy sexual abuse owing to the failure of a priest to disclose what he learned in the confessional?” asked Donohue. Donohue wanted to know why the North Dakota legislators had given a “free pass” to therapists and attorneys and also asked, “Can you identify anything learned by the recent 18-month investigation of the Catholic Church by the Attorney General of North Dakota that justifies such an egregious violation of the First Amendment rights of the Catholic clergy and the Catholic laity?”

North Dakota recently concluded an 18-month long criminal investigation into allegations of sexual abuse against more than 50 Catholic clergy members. No charges were filed because the statute of limitations expired for some of those cases and because many of the accused were deceased.

Donohue concluded his letter, “We deal with many issues of anti-Catholicism across the nation, but none galvanizes us more than a wholesale assault on our sacraments. What you have done is now a priority for us. We are not going away. We will now blanket the media and the Catholic community with our response.”

According to Donohue, shortly after he sent his letter, Rep. Brandenburg emailed him and said he had withdrawn his support for the bill and planned to vote against it.

Other critics of laws like SB 2180 argue that removing clergy-penitent privilege is not helpful because victims will not admit to abuse if they know their confessions will not be confidential. Rep. Lee counters that she does not comprehend how it could be “ethical, or moral or even religious” for anyone, “a Shaman, a Rabbi, a priest or a pastor or whoever it might be,” to discover a child is being abused, but not to report it.

States differ as to how they regulate mandatory reporting. According to data compiled in April 2019 by the U.S. Department of Health and Human Services Child Welfare Information Gateway division (HHS), all 50 states have legislation identifying certain people as mandatory reporters.