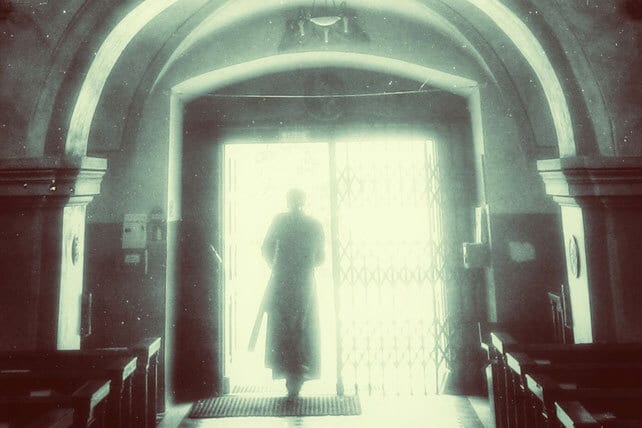 High numbers of pastors leaving ministry are an an exodus that’s concerning to pastors‘ coach and co-founder Dan White Jr. of The KINEO Center, a place focused on offering healing for tired and traumatized leaders. On May 3, 2021, White posted on Twitter that he knows 28 pastor friends who have resigned this year, most of whom are leaving pastoral ministry altogether. White coaches approximately 70 to 80 pastors a year in his circle of about 500 or so.

Why Are Pastors Leaving Ministry?

White, a former pastor himself, asked “What is occurring?”

It doesn’t seem to be in any particular denomination as White shared that his friends come from a mix of denominations including Baptist, Lutheran, Pentecostal, Anglican, Methodist, Mennonite, and Christian Reformed. Only nine of them were Evangelical pastors and just 10 out of the 28 he mentioned were bi-vocational.

“I’ve been coaching for about 10 years, never seen this kind of disruption.”- Dan White Jr.

White replied to a follower’s question about the average age and lifestyle of those he has seen transitioning out of pastoral ministry, saying in his experience they’ve been between the ages of 35 to 50. Some have served as many as 25 years in the pastoral ministry. “I do think it’s some kind of inner crisis with ‘what are my desires, really?’ coupled with a pain threshold ‘the attacks and loss are just too much; I’m miserable,’” he wrote.

He revealed that about half the 28 pastors he referred to were “People of Color” when someone asked if the majority of those who have left the ministry were African American pastors. He also stated that all of the 28 left by their choice; they weren’t forced out or fired.

A professor from the University of Dubuque Theological Seminary, Christopher B. James, gave his thoughts as to why he believes the trend of pastors leaving ministry is occurring. James said, “In addition to being a hard job with mediocre pay, many pastors don’t think it’s worth it to try to maintain dying churches and are curious what Christian life & leadership might look like outside the clergy role. It’s part of a wider unraveling and reconfiguration of church.” White replied to Prof. James, “I think you’re on to something.”

The active Twitter thread contains a handful of pastors currently in ministry and some who have left the ministry. One pastor told White, “As a minister struggling with whether to stay in parish ministry, I’m so hurt by all the replies that blame clergy for quitting. I’ve given my life to the Church, asked my family to sacrifice & ended up with my a** kicked. American church is broken.”

A former pastor of 30 years also wrote, “I’m one of those. After 30 years I felt God was calling me out of paid ministry into the marketplace. I’m convinced that many, many pastors have lost the ability to speak the same language of those outside of the church.”

Ben Hardman shared on the same day as White that he is seeing the same trend. Hardman is the lead pastor at Grace Marietta church in Marietta, Georgia, and co-founder of Gravity Leadership, a community that offers coaching and training for those in ministry. Friends with Dan White Jr., Hardman shared on the exact same day on Facebook that he counted 19 pastors whom he knows personally or through coaching relationships who have left the ministry in the last year.

The experienced ministry trainer wrote, “I have great empathy and love for hurting pastors, and for many of them choosing personal health and wholeness was the right choice so any unkind comments will be deleted; my goal is not to shame these friends (many who are following) but to start a dialogue.”

Matt Murphy, the pastor of St. Paul’s church in Milltown, New Jersey, told Hardman that “since the pandemic started, it’s never been harder to be a pastor [in my opinion]. People are less committed than ever, people are angry, you make a stand for Jesus that doesn’t fit with people’s favorite news station they’ll attempt a coup, finances are down, and we are overworked with little to no thanks.”

Founder and Executive Director of Service Learning Camps, Don Marsh, who works with pastors and leaders said, “So much is going on and it is all very real. Overall I think it can be summed up by saying “this is not what I signed up for.”

Hardman’s good friend and Gravity Leadership co-founder Ben Sternke told ChurchLeaders.com “My hunch is that pastors were already feeling ‘on the brink’ before COVID, and with the added stress of the pandemic, along with the toxic cocktail of political polarization, conspiracy theories, and Christian nationalism that reared its head in the wake of the pandemic…it was enough for a LOT of pastors to say, ‘That’s quite enough of that, thank you.’ I think a lot of them are probably quitting to save their mental and emotional and spiritual health.”

“I think there will be movement post pandemic and we are seeing that even now,” Matt Surber, Mission City Church‘s Lead Pastor in San Antonio, Texas, said. He believes that pastors are feeling free to move now, where some felt they didn’t have that “freedom” during the pandemic. Surber, a megachurch pastor, shared, “Pastors already feel isolated in the best of times and the pandemic only increased this feeling. When your auditorium is only half full, there is a sense of defeat even though this event has been completely out of our control.”

Speaking with ChurchLeaders.com, Surber encouraged ministry leaders to “make sure you are paying attention to your own spiritual and mental health” and “allow yourself to have relationships.” He advised pastors to purposely connect with people in their church and surrounding area pastors to form relationships.

Reflecting on the past year, Surber exhorted pastors to “stick with it! This to shall pass! Be excited about the fact that in many ways the pandemic seems to be fading and things are reopening. We have a great opportunity to see new folks as well as those who have been away from the church for a while coming back. Be encouraged!”

In the Apostle Paul’s address to the church in Corinth, he told the struggling church a few pages into his letter, “Therefore, having this ministry by the mercy of God, we do not lose heart,” encouraging them to not give up on the gospel and shine for Jesus. Shepherding people is not what everyone is called by God to do, that’s why the list of qualifications to do so are specific.

Church, we are to pray for our shepherds, encourage them, keep them accountable to the Scriptures. We are NOT called to slander them or bring false accusations toward them. We must serve them as they serve us. Remember those who teach will be judged by God “with greater strictness,” so the weight of that alone needs the powerful prayers of many righteous believers.