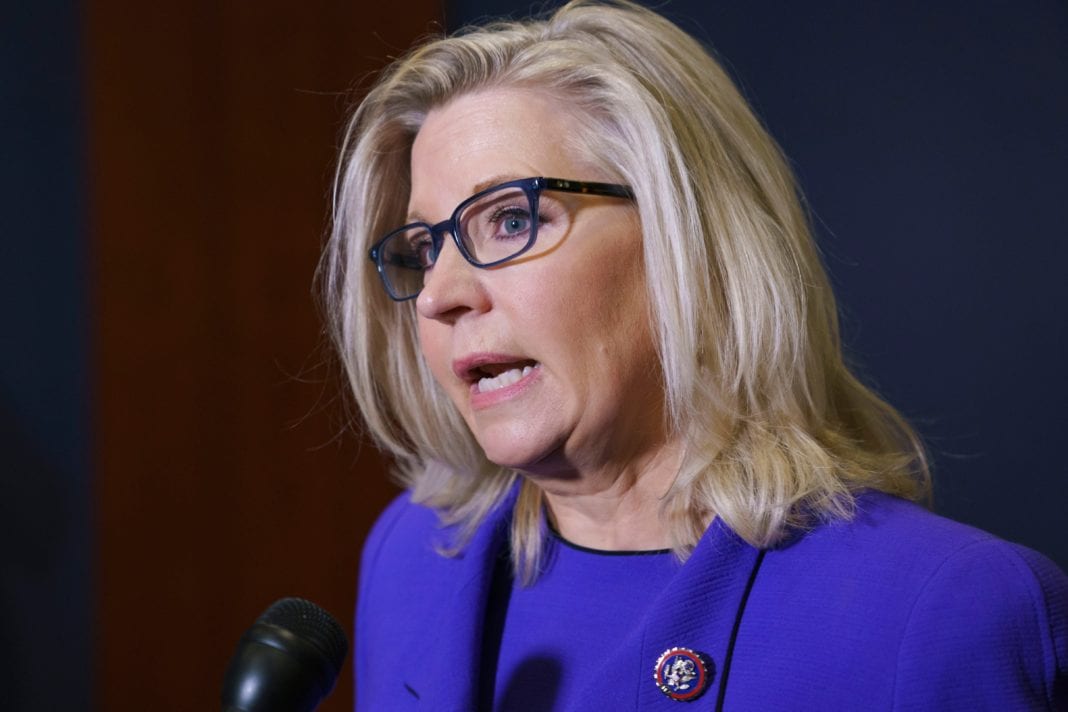 WASHINGTON (RNS) — On the eve of her removal from the House Republican leadership for failing to back President Donald Trump’s attacks on the 2020 election, U.S. Rep. Liz Cheney cited principles she insisted were foundational for many conservatives such as herself: the U.S. Constitution, the rule of law and faith.

In a defiant speech to the empty House chamber Tuesday night (May 11), the Wyoming lawmaker cited Pope John Paul II and appealed to “faith and freedom.”

But come Wednesday morning, Cheney was voted out by her House GOP colleagues, who have bristled over her vote to impeach Trump for his role in inciting the Jan. 6 insurrection at the U.S. Capitol and her public rejection of claims that the election was stolen. Before the proceedings began in the Republicans’ meeting room in the Capitol basement, Cheney reportedly championed the importance of being a “party based on truth” and implored her fellow Republicans not to “let the former president drag us backward and make us complicit in his efforts to unravel our democracy.”

Before the vote was taken to oust her as House Republican conference chair, Cheney, a United Methodist, led the group in prayer.

“Dear God, Fill us with a love of freedom and a reverence for all your gifts,” she said, according to CNN. “Help us to understand the gravity of this moment. Help us to remember that democratic systems can fray and suddenly unravel. When they do, they are gone forever.”

She added: “Help us to speak the truth and remember the words of John 8:32 — ‘Ye shall know the truth and the truth shall set you free.’ May our world see the power of faith.”

Shortly after the vote, Cheney told reporters she remains committed to a Republican Party “based on truth.”

In her speech Tuesday evening, Cheney recounted a moment in 2004 when she said Pope John Paul II took the hand of her father, then-Vice President Dick Cheney, and declared “God bless America.”

The congresswoman’s appeals to faith included references to what is sometimes referred to as civil religion — mentions of God in public political gatherings such as inauguration ceremonies.

“Our freedom only survives if we protect it — if we honor our oath, taken before God, in this chamber, to support and defend the Constitution,” she said. “Today we face a threat America has never seen before: A former president who provoked a violent attack on this Capitol in an effort to steal an election has resumed his aggressive effort to convince Americans that the election was stolen from him. He risks inciting further violence.”

Her references to the Gospel of John seemed to ask fellow legislators to recall the principles of their own faiths, a charge echoed by Cheney’s defenders who challenged her detractors to back up their publicly touted personal Christianity with a commitment to truth.

In a C-SPAN interview earlier this week, Republican U.S. Rep. Adam Kinzinger of Illinois questioned whether Christians in his party who are chastising Cheney — particularly those who are not condemning Trump’s discredited claims about the election — were living up to their religious ideals.

“It’s amazing how many of my colleagues claim to likewise be Christians, but somehow are OK with … accepting and supporting these lies,” said Kinzinger, an evangelical Christian who also voted to impeach Trump earlier this year. “When I went to Sunday school, it was always about telling the truth. I read nothing in the words of New Testament … that you can lie so long as it’s … against abortion or against the left.”

He added: “What (Liz Cheney) is being removed for is making it uncomfortable and being consistent — and God bless her for having the consistency to tell the truth.”