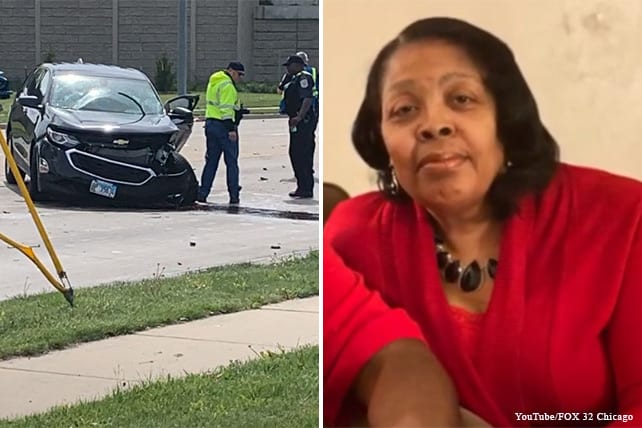 After attending this year’s Mother’s Day service, Annette Odneal was driving alone to her daughter’s house for a Mother’s Day celebration when she was struck in her SUV. She was killed on impact by a 17-year-old who had stolen a vehicle. Annette, from Riverdale, Illinois, attended Abounding Life Church of God in Christ on Mother’s Day just like any other Sunday, except this was the first time in 36 years she went without her husband O.B.

Odneal was a mother of two, a grandmother of four, and was known as the matriarch of her family. She served her church as a nurse after she retired last year. Annette was 62 years old.

The Odneal Family Speaks Out

O.B. Odneal, her husband of 36 years, told WGN “What am I to tell my grandkids?…This is hard for me to explain.” O.B. said that people “don’t even understand that she was praying for them, and then she walked out of the church and lost her own life to foolishness.”

Odneal’s daughter Cierra Odneal said, “She was on her way to my house. I just saw her on Saturday, and I never thought it would be the last time seeing my mom. She didn’t deserve what happened to her.”

“She was very into church and the Lord,” Cierra told the Chicago Tribune. “She prayed for everybody, she loved everybody, she did right by everybody. She didn’t deserve that at all.”

Her son Anthony Odneal said his mother was rich in faith and often sent him text messages that included a short prayer followed by an “I love you” and “have a good day.”

Teen Driver Fled the Scene of the Deadly Accident

The teen driver was later found at the University of Chicago Medical Center after fleeing the scene of the accident. Two of his passengers carried him from the stolen car after the tragic collision and brought him to the hospital because he broke his femur. The stolen car was a Dodge Charger that was estimated to be traveling at least 80 mph.

City Mayor Frank Podbielniak said the driver will likely be charged with reckless homicide. Detective Sgt. Ryan Grab shared that both passengers have come forward and have been interviewed as witnesses.

Odneal’s Church Shares How They Will Miss Her

Abounding Life Church of God in Christ posted on their Facebook page how much they will miss Annette:

With deep regret, we announce the passing of our own beautiful sister in the Lord, Annette Odneal. Sister Odneal served faithfully as a professional nurse (inside and outside of the church), a dedicated choir member and just as a sweet church member of Abounding Life COGIC!! We will truly miss her unselfishness and love for her family, church and for all of humanity. Let’s keep her husband, Brother OB Odneal, children Ciera and Anthony and their children and the entire family in our prayers.