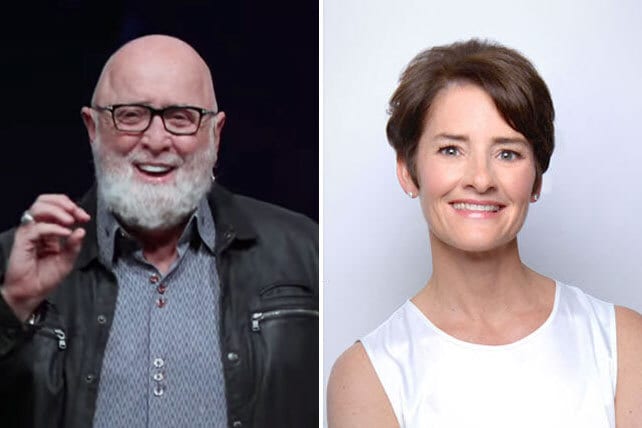 James MacDonald, the former megachurch pastor who’s been embroiled in scandal and controversy for several years, is lashing out against independent journalist Julie Roys. MacDonald, who was fired from Chicago-area Harvest Bible Chapel in February 2019 and disqualified from ministry, calls Roys a liar and apostate, discredits her work, and describes her website as a “millstone ministry.”

ChurchLeaders has reported extensively on MacDonald’s fall from grace, which involves accusations of financial mismanagement, bullying and even death threats. MacDonald has had harsh words for previous critics, but now he’s using Twitter and his blog to target solely Roys, whom he calls “a cancer on the body of Christ.”

In his posts, MacDonald uses the hashtag #JRgossipslut, calls Roys “JuLiar,” and lists Bible verses about harlots and whores to defend his use of sexual terms to warn against evil.

On Tuesday, MacDonald tweeted: “So grateful to be healthy and happy in the Lord to where I can finally wade into the filth from JuLIE Roys. … Gosh she is just filthy with gossip as fact and at very best half the story.” He accuses fellow leaders of not exposing the work of “non-journalist” Roys, whom he claims is “NOT a christian.”

On his website, MacDonald details her supposed bias and “deception,” saying Roys didn’t adequately report on his previous acts of repentance. He also takes issue with various financial dealings, including an audit. After listing other detractors and enemies (including people who support Roys), MacDonald focuses squarely on Roys, saying she “works for … ‘the father of lies’” and is “the single catalyst for all this destruction.”

MacDonald says he’s “brokenhearted” to unleash on Roys, calling his posts “extreme action borne of extreme circumstance.” But he adds that he doesn’t believe she “is saved or due any Christian courtesy” and tells readers to “stay tuned” for more posts about her.

Julie Roys responds to each accusation by citing her previous reporting. “MacDonald’s claim about my failure to report his September 2014 [repentance] statement is not true,” she writes, pointing to her original World magazine exposé. She also walks through financial details that MacDonald disputes.

Roys describes responses to the tirades as “overwhelmingly negative.” Comments on social media express dismay—and concern—about MacDonald’s attitude and language. “I don’t understand what’s happened to you, but it’s been very sad to watch,” one Twitter user writes. “You have to stop this madness.” Another tweets, “I don’t presume to know you, but your social media presence indicates you are unwell.”

Other people say MacDonald’s approach is unbiblical. “Not only is this…textbook gaslighting,” someone tweets, “but it is beyond foolish to think it squares with the Scriptures.” Another writes, “Not even Joseph used such language when he could have when [Potiphar’s] wife falsely accused and imprisoned him. Brother, please leave this off the social media…. This is not Christian conflict resolution.”

Based on reactions so far, MacDonald’s attack campaign seems to be backfiring. “With how hard you are trying to discredit @reachjulieroys with your hateful rhetoric,” someone tweets, it “tells me there is more truth in her article [than] what she’s reporting on.” Another writes, “We don’t need the contextual framework or the clarifying minutiae. Faux-tough guy intimidating tweets like this are the smoking gun that MacDonald is more in the wrong than [Roys].”