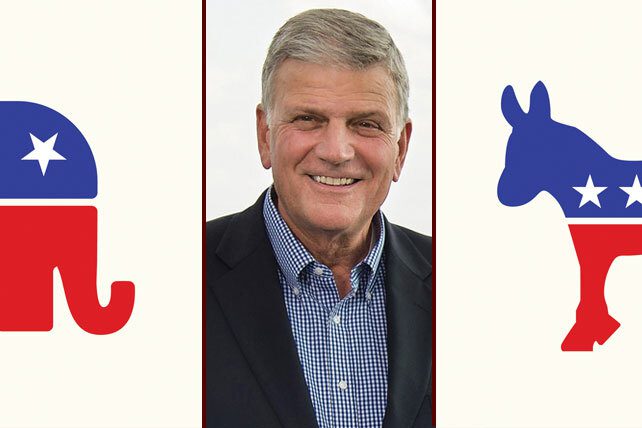 Franklin Graham on a ‘Troubling’ Situation

Graham, president and CEO of Samaritan’s Purse and the Billy Graham Evangelistic Association, tweeted: “Today we celebrate the American worker—the entrepreneurs [with] their dreams & the workers [with] their skills who built this nation. But it’s troubling to see the disregard we now see for hard work. Almost every business is trying to hire people, but so many don’t want to work.”

Graham, who supported former President Trump, says under that administration “the US had the strongest economy, some say since Eisenhower, & we had more people working than at any time in our history—but it’s evaporating. COVID had an impact, but political mismanagement has dealt a debilitating blow. Repeated stimulus payments & giveaway packages have encouraged people not to go to work. The Republicans seem to know how to get people to work and the Democrats seem to know how to tax your money and give it to people as an incentive not to work.”

He concluded, “God created us to work. On this Labor Day, join me in thanking Him for His hand of blessing on this nation through the years. And pray for America and our leaders to turn to God and ask for His forgiveness, His mercy, and His continued blessings. That is what we need most.”

Franklin Graham’s tweets trended on Twitter, with many replies taking issue with his perception of Labor Day’s origins. “Wrong!” one person writes. “Labor Day is a recognition of the power of the American people to rise up and make changes to unfair employment practices.”

Another replies, “Labor Day is about workers. It is not about entrepreneurs. I have my own business, I work hard but I am not ‘a worker.’ Labor Day is not the day to pretend you know how little workers value labor. Workers know how much you ‘value’ labor. It’s printed on their paycheck.”

Other people responded by urging employers to pay workers a living wage and provide benefits. “If you think hard work in the service industry is so great,” one asks Graham, “why don’t you apply?” That commenter adds that the evangelist “never worked hard or struggled and got to where he is because of nepotism and wealth.” Graham is the son of the late evangelist Billy Graham.

On Facebook, responses seem more favorable to Graham’s posts, with many of his social media followers decrying the impact of America’s current “socialist” government.