QUEBEC CITY (RNS) — On his second day in Quebec City, Pope Francis offered a path forward for the Catholic Church in Canada as it seeks forgiveness and reconciliation with the Indigenous peoples harmed by its past actions. He also addressed the challenges of both clericalism in the church and mounting secularism in the country.

In a homily on Thursday (July 28) for clergy and church members gathered at the Cathedral of Notre Dame, the pope also criticized those who would impose the church’s beliefs on the public square.

“God does not want us to be slaves, but sons and daughters,” Francis said. “He does not want to make decisions for us, or oppress us with a sacral power, exercised in a world governed by religious laws. No! He created us to be free, and he asks us to be mature and responsible persons in life and in society.”

The pope’s remarks take place as Christian nationalist rhetoric gains traction in conservative political parties in Europe and in the United States. Recent comments by Colorado Rep. Lauren Boebert, claiming she is “tired of this separation of church and state junk,” have sparked debates in the U.S. regarding the role of religion in government.

His comments were also aimed at combating clericalism — privileging clergy and religious people above lay faithful in authority and importance — which the pope has blamed for allowing sexual abuse and abuse of power to propagate within the Catholic Church.

Francis is on a six-day, self-described “penitential pilgrimage” in Canada (July 24-29), where he has formally apologized to First Nations, Metis and Inuit peoples who have suffered oppression and had their cultures nearly eradicated by religious and government authorities.

For the church to be credible on its “new path” toward reconciliation with Indigenous peoples, it must acknowledge and atone for its past failures, the pope said. For the first time since his arrival in Canada, the pope acknowledged the sexual abuse of minors and vulnerable adults perpetrated by clergy in the country, calling for “firm action and an irreversible commitment.”

“Together with you, I would like once more to ask forgiveness of all the victims. The pain and the shame we feel must become an occasion for conversion: Never again!” he said. “Never again can the Christian community allow itself to be infected by the idea that one culture is superior to others, or that it is legitimate to employ ways of coercing others.”

Mending the relationship with the disenfranchised Indigenous community is not the only challenge facing the Catholic Church in Canada today, the pope said. “We can immediately think of secularization,” Francis said, which has relegated faith and God “to the background.”

“God seems to have disappeared from the horizon, and his word no longer seems a compass guiding our lives, our basic decisions, our human and social relationships,” he added.

Instead of trying to impose religion on the state or lamenting the bygone times when clergy swayed political power, the pope said, “secularization demands we reflect on the changes in society that have influenced the way in which people think about and organize their lives.”

It’s not the faith that is suffering a crisis, he continued, “but some of the forms and ways in which we present it.” 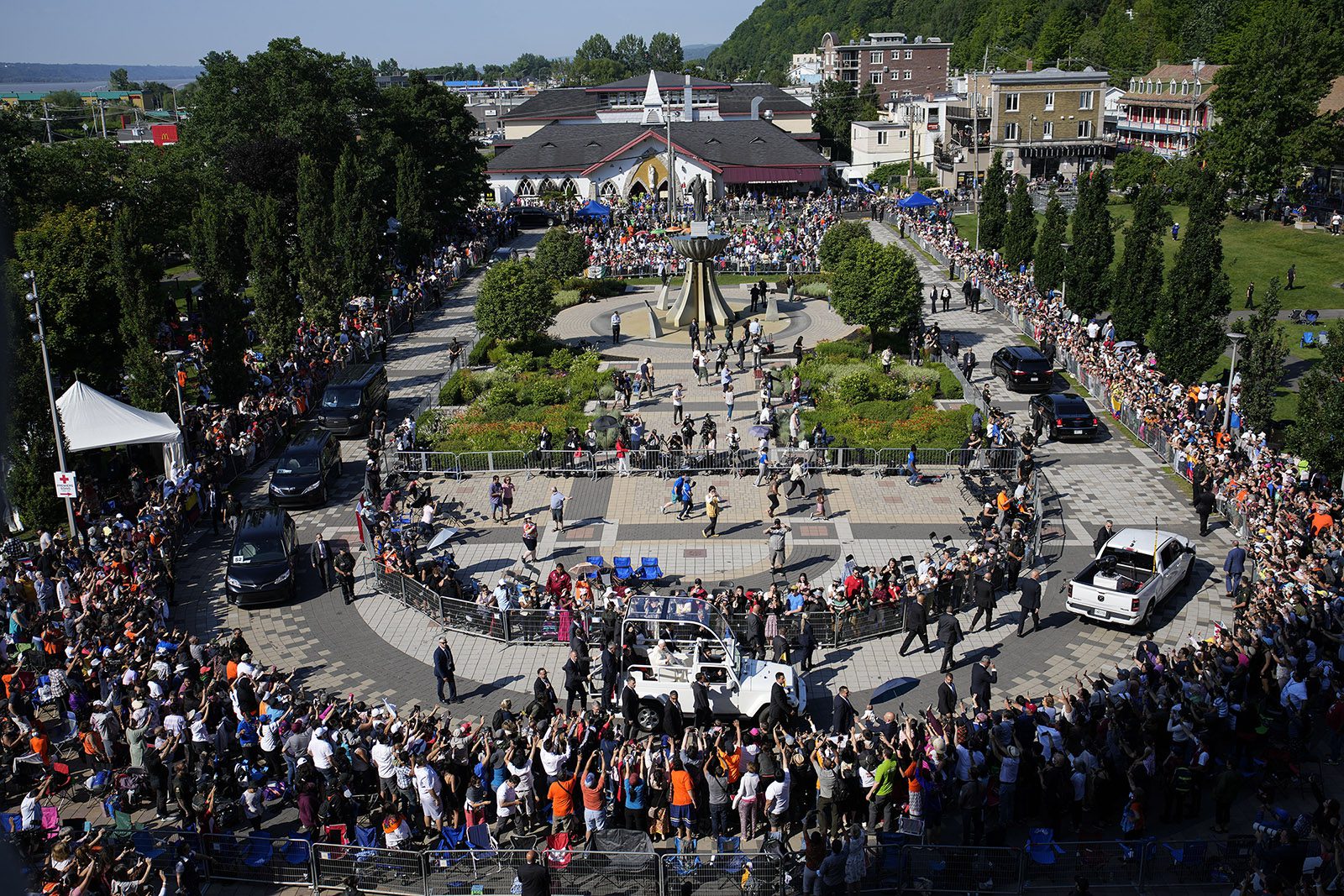