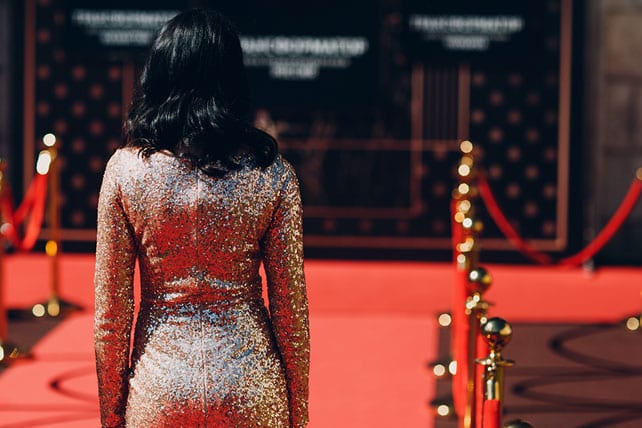 When I first arrived in Hollywood after college in 1976, it was tough finding anyone who would admit to being a Christian. Granted, you could find some Christians in Hollywood, but they were hidden away and rarely heard. With few exceptions, the cycle was almost always the same: if they were concerned about their job, they kept quiet on the set about Christian issues, but if they were at the top of the industry, they felt a bit more free to express their faith. But only those retired or at the end of their career felt the confidence to actually “come out” as a believer.

Today, that world has changed. Not only are there many Christians in Hollywood who take their faith seriously, but for years now, major film studios and television networks have actively sought out “faith based” content.

There’s no question that the success of Mel Gibson’s “Passion of the Christ” was a key to that resurgence. Once the studios starting seeing record setting box office (they called it “Passion dollars” back then), they took notice and wanted in.

Christians in Hollywood – A True Story

I remember one influential production company calling me up about the issue (and I’m not making this up):

“Phil, we’re interested in producing “faith based” movies because we hear there’s a lot of money to be made in that new genre. But the problem is, we have no idea what “faith based” means. We’ve been told that you understand that subject, and we’d like you to read a couple of our scripts and tell us if they’re faith based.”

Needless to say I read the scripts, and they were in no way “faith based.”

Fortunately, today that’s much less a problem. While many producers and studio executives don’t know the differences between faith traditions, they at least understand (and in some cases) respect the values that audience represents.

For the most part, that change happened because of the vast number of Christians in Hollywood pursued a career in the media and entertainment industries. Over the years I’ve met major producers, actors, directors, and even studio presidents who were (and still are) professing Christians. Mentored and encouraged by insider ministry outreaches like Mastermedia International, The Hollywood Prayer Network, The Greenhouse, the Act One Program, The Influence Lab, and others, having a strong personal faith has sometimes moved from a reason to be fired, to a reason to be promoted.

Obviously, there are plenty of non-believing leaders in Hollywood that aren’t interested in any religious experience or those who profess it, just as there are in any industry. But in the last 20 years there’s no question that we’ve seen a resurgence of men and women who take their faith seriously in all areas of the industry.

For experienced, successful producers, this gives faith based projects a new legitimacy and major talent want to be involved. For others, it opens the door to pitch spiritually themed movies, TV programs, and other projects.  For still others it gets someone of faith in the room when major decisions are being made. One network TV writer who’s a Christian was criticized by other Christians because he worked on a series focused on violent demonic activity and the supernatural. His response: “Can you imagine where that series would have gone had I not been in the writer’s room to influence it in a better direction?”

Will Christians in Hollywood Last?

That largely depends on the success of these projects and the talent of the people behind them. If you have the desire to pursue a career among the Christians in Hollywood, my advice is: Lead with your talent, not with your faith. I’ve seen far too many young people come to Hollywood with a message from God to change the industry. In every case, they get laughed out of the room or tossed off the lot. But those who come with real talent, and the spiritual integrity to pursue a career against all odds will get respect. Those are the men and women who will impact the industry in a positive way.