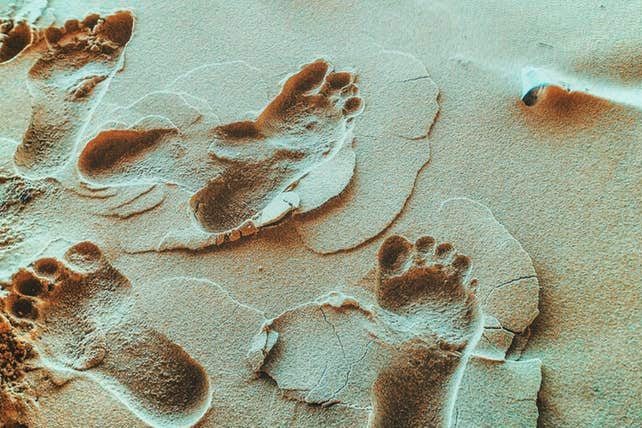 Growing up in a Southern Baptist church setting, I was accustomed to returning for church on Sunday evenings each Lord’s Day for worship. However, we not only returned for an evening service, we returned each week for a five o’clock training hour. We referred to that class as ”Training Union.” I still think that name works better for some branch of politics rather than a discipleship class in a local church, but the time spent discipleship training together as a church was memorable. For that reason, our elders and I plan to restore that in the life of our church in 2018—but under a different name for sure.

As we plan to provide our discipleship goals to our church family next Sunday, it’s imperative that we don’t complicate discipleship. One thing we do well as Christians is complicate what God never intended to be overly complicated. We often do it with worship, with service roles in the church, and with discipleship. What is discipleship? At the most basic level, it’s helping people to follow Jesus. That means seminary isn’t absolutely required to make disciples. We aren’t mandated to attend conferences or read books designed to provide a helpful model or philosophy of discipleship. So, what’s necessary and how do we engage in the work of discipleship without complicating it? I believe the most basic elements can be found in Paul’s words to Titus in the New Testament.

In Titus 2:1, we find these words from Paul to Titus. He writes, “But as for you, teach what accords with sound doctrine.” Paul expected Titus to set in order the local churches in Crete, that was his purpose in being left there. Paul makes this clear in the first chapter. In the second chapter, Paul develops the clearest pattern of disciple-making in the New Testament. Naturally, he begins with biblical preaching and teaching.

Immediately after the multitude of new believers were baptized following Peter’s sermon at Pentecost, we see the church gathered together under the teaching of the apostles (Acts 2:42). The pattern of making disciples centers on biblical preaching and teaching. It is the role of the pastor-teacher to preach and teach the Word in order to equip the saints for the work of ministry. Without biblical preaching and teaching—the church will become a shallow religious club that builds itself on a faulty foundation that will never last. God’s pattern for disciple making is always centered on the preaching and teaching of the local church. The pulpit serves as the catalyst for every other area of discipleship in the local church. Mark Dever writes:

Pastors teaching the Word is the core of a church’s discipling ministry. It provides the food and water that feeds all the other discipling relationships within the church. [1]

Paul moves on from the pastor to the congregation as he develops the idea of the older men and older women training the younger men and younger women. It was first of all Titus’ job to teach the older generation (as he taught the whole congregation), and the older generation would go on to possess sound faith and teach what is good. This is where iron sharpening iron and family worship find their roots. If the pattern explained in Deuteronomy 6 was to be faithfully carried out in the homes and if fathers and mothers were to raise their children under the nurture and admonition of the Lord, it’s critical that they are first taught by the pastors of the local church.

Once again, you see the clear pattern of the older investing in the younger. This is true in life outside of the gathered church, but it’s likewise important that the older and younger spend time rubbing shoulders in the church as well. While I do not believe that it’s an imperative to be family integrated in all aspects of worship and discipleship in the life of the local church, I do believe that we are far too segmented in today’s evangelical church culture. It’s helpful for the younger generation to know older people in the church and to learn to value them as role models of perseverance in the faith.

Paul then returns to the pastor in Titus 2:7-8. The emphasis in these verses is clearly upon the example of the pastor. His doctrine was the focus of the first verse of this chapter, but now the emphasis is upon his character. Paul understood that the entire church—including the younger generation needed proper examples of conduct and Christianity put on display in the pulpit and beyond.

The pastor must preach and teach with integrity, but he must live with a character that is beyond reproach as well. Far too many pastors are falling stars rather than strong mature trees with deep roots that provide an example of Christian perseverance. Many pastors in our day are little boys who are playing church. The need of the hour is maturity among those who occupy the office of elder. That’s why the title of pastor is elder in the New Testament. The title itself points toward maturity—not immaturity or perpetual adolescence.

Stop making discipleship overly complicated. Help people follow Jesus. Remember, it’s not about the title of your class—it’s about the depth and commitment of the people. You can change Sunday school to Life Groups but if the people don’t take discipleship seriously the end result will not be discipleship. Aim for creating a culture of discipleship in our local church in 2018.