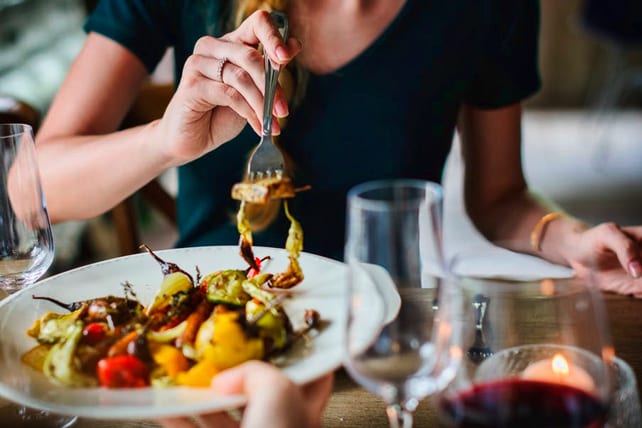 “It’s not about you, honey. Some people will love you more than you deserve, and some will despise you without ever giving you a chance. You must not take it personally.” –My advice to my Granddaughter

Erin just turned 21 and earns a living waiting tables at a nice up-scale restaurant in the Mobile area. The other day, she came home in tears.

The restaurant had been crowded, with long lines of people waiting to get inside. The kitchen was running behind and diners had to wait an unusually long time for their order. Erin ran herself ragged all evening. She specifically thanked people for their patience and apologized for the slow service. She didn’t have a moment to catch her breath.

This particular table had two young men and a middle-aged guy. They seemed nice enough. Since the kitchen was running slow and they had ordered pizzas which had to be made from scratch, requiring at least a 30 minute time frame, several times Erin stopped by to thank them for their kindness and patience and to assure them the pizzas would be out soon.

Then, when they paid their tab, she found out a different side of them.

One had written on his tab, “Get better.” Another wrote on the “tip” line: Zero.

None of the three left a tip.

These thoughtless, selfish men penalized the waitress—who like most every other waitress in every restaurant earns something like two dollars an hour—for not putting their order in front of everyone else’s.

As her Grandpa Joe, I hurt for her. Being human, I’d like to say a few things to some selfish men who should have stayed home that night.

I could not erase this from her mind and heart, but I could help her learn an important lesson from it.

Erin’s plans—as I understand them—include marrying into the ministry before too long. So, she will be learning about life from the pastor’s home. So, I wouldn’t be surprised if this little lesson in the restaurant will turn out to be timely.

My wife Bertha, a pastor’s wife all her adult life, had a story for Erin.

“When our children were small, one Sunday morning just before the worship service, I went to pick up my four-year-old son after Sunday School. The woman who led the class was standing at the door waiting for me. She had a big paper grocery bag in her arms. As it turned out, it was filled with Jeff’s little cars and toys from home.

“She handed it to me and said testily, ‘Here are your son’s toy cars that I have collected for a full year. You know very well he was not supposed to bring them from home!”

The woman was chewing out the pastor’s wife.

Bertha said, “I merely took them from her and walked away.”

The snarky attitude of that woman certainly merited an appropriate response. Only the self-control of the pastor’s wife made her bite her tongue and go on.