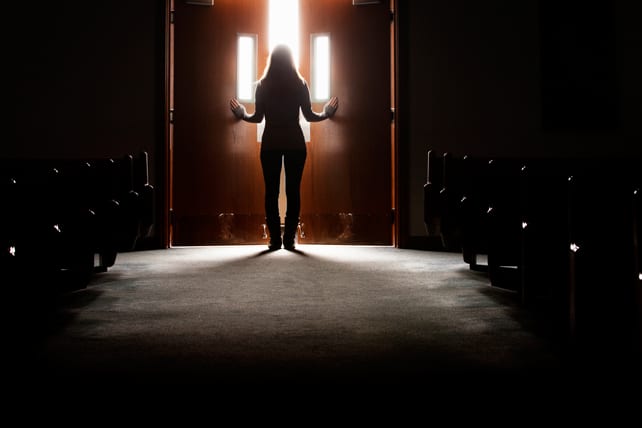 I have been a pastor in the same church for over 30 years. Over the years many have joined our church. But over the years, I have witnessed a number of people leaving church, for all kinds of reasons.

Some left when they graduated college or to take a new job or move closer to their children or other “good” reasons. Others left for reasons I felt were maybe not so good—for doctrinal reasons, or they felt a need for a change. And some left because they had an “offense” toward me—they felt I had handled something poorly or wrongly.

One unemployed carpenter told me he was going to move his family to Houston where there were a lot of construction opportunities. I told him that since he didn’t know if there were any New Testament churches in Houston, it would be better to stay in our church and take a job at McDonald’s. At least he would still be in a NT church. How stupid was that? He moved to Texas. Probably one of the best things he ever did.

Fortunately God convicted me a year or so later, that I should ask his forgiveness. He had either moved back or was visiting so I called him, we got together, I asked his forgiveness for my arrogance and for how I made it so hard for him to leave and he graciously forgave me. There were several others at the time I had sinned against in similar ways, and they also agreed to meet and they too forgave me.

Well, you’d think I would have learned my lessons. But in recent years and months and weeks I’ve been freshly convicted of some things and reached out to some folks who left our church, and they have graciously met with me, shared with me and taught me some valuable lessons about why we sometimes see people leaving church. I’d like to share them with you. So what should you do…

When People Are Leaving Church

If you know someone is offended at you, ask if you can meet and hear them out.

Why are we so slow to do this? People have left our church because they were offended at me—felt I didn’t handle a situation right, or didn’t care for them in crisis, and I didn’t call them. I figured I had done all I could, I didn’t intentionally hurt them, etc., and they were angry at me, but that was essentially something they had to deal with. I had done all I knew to do. In one case, I contacted the individual, but when they shared their perspective I kept saying things like, “But remember, I did this and I said that.” Defending myself. I hadn’t done anything wrong. That didn’t help.

Then someone said I should meet with them and just listen. Take notes. Don’t defend myself. Don’t make excuses. Really try to hear them and ask God to convict me and show me where I sinned. Not to put the blame on them.

It was hard for me to do that, because of my inclination to defend myself. But when I tried to really listen and see it from their perspective, God opened my eyes and showed me a number of areas in which I had sinned in the situation. And here’s the key: IN RETROSPECT, I could see how I had really blown it with this person. I didn’t maliciously try to hurt them, but I had really handled the situation wrongly. And God gave me the grace to take notes, then ask their forgiveness for a number of ways I had blown it.