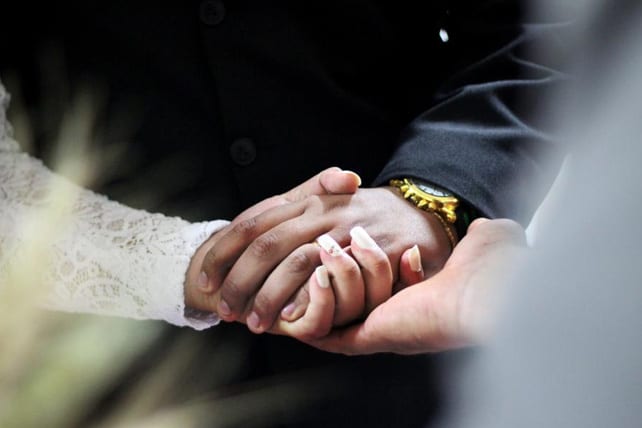 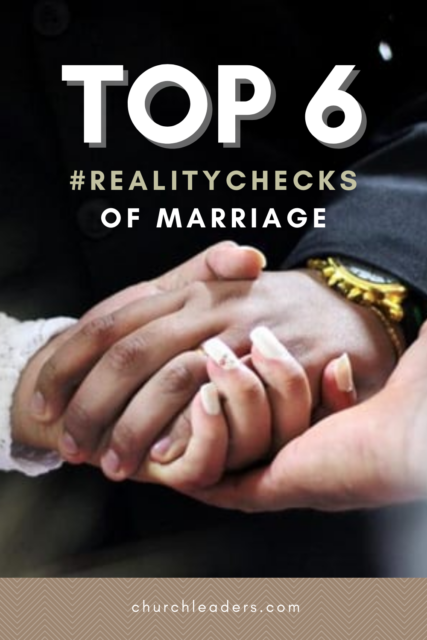 The following excerpt is adapted from Debra Fileta’s brand new book, Choosing Marriage, and is used with permission.

I had a set of unrealistic expectations going into marriage.

I was in my early 20s when I first met John, and I was completely enamored with the love of my life and soon-to-be husband. He could absolutely do no wrong in my eyes. Since dating was perpetually awesome, naturally I assumed marriage would be even more awesome. Why wouldn’t it be?

The actual experience of marriage shattered my idealism, because when you’re living with someone day in and day out, you quickly move from expectations to reality. But after 10 years, I see John in a much deeper, more significant way. He’s no longer the man who could do no wrong. Rather, he’s a human being who has flaws, weaknesses and sins, just like I do. I’ve seen the beautiful sides to him, and I’ve also seen the ugly sides to him. Sides he’s also seen in me.

But in the reality of who he is, my love for him has been forged so much deeper. Not despite of his weaknesses, but because of his weaknesses. I see him, the real him, and I love him more deeply with each day. Because you can’t experience real love with a person until you’ve experienced the entirety of a person—the good, the bad, the ugly and the beautiful.

FROM ASSUMPTIONS TO TRUTH

We all enter relationships with a set of underlying assumptions, even though we often don’t notice their existence. They shape our actions, choices, behaviors and feelings, and they influence our interactions. Our view of relationships is shaped by the relationships we engage in starting from the earliest years of our life. Everything we know about love begins taking shape based on how love was communicated to us in the early years of our childhood within the context of our family of origin. Assumptions are shaped by past relationship experiences, from the way we interacted with our parents or the people who raised us, to the friendships we develop, to the people we date, and all the way through to marriage. And slowly, those assumptions begin making their way into how we interact with the people closest to us, which is oftentimes why they go unnoticed until we get married.

In gathering research to formulate the chapters of this book, I asked over 1,000 married people to identify what areas of marriage came with the biggest reality check. Here’s what they reported.

Opposites attract. We tend to be drawn to people who possess the qualities, strengths and personality traits we lack. It’s not uncommon for an introvert to be married to an extrovert. Or for the funny guy to be married to the serious gal. Or for the laid-back person to be married to the structured person. And it makes sense, because we are often attracted to people who add something to our life. So yes, opposites do attract—but then they attack. The very same personality traits that draw you to someone initially are the exact traits that can cause conflict later on. My husband and I have some significant differences in our personalities. We often joke that I’m the gas, and he’s the brakes. I tend to want to go-go-go through life, while his laid-back personality keeps us grounded and present. Our unique qualities add depth and balance to our marriage, but if we’re not careful, these differences can cause major misunderstanding and tension.

It takes a serious commitment to understand each other, communicate and allow our personality differences to become an asset rather than a point of contention. The many different layers to our personalities need to be understood and expressed throughout marriage.

I remember one of the very first times I worked with a couple who came in for sexual issues. They had been married for four years and hadn’t consummated their marriage. After a series of counseling sessions, we were able to dig deep and uncover the reasons. There was a lot of guilt and shame attached to the topic of sex, and those assumptions had to be undone through the process of counseling. The good news is that within a few months of counseling, they were able to move forward in healing and finally experience sex in a meaningful way.

These types of sexual struggles aren’t as uncommon as one would think—they just aren’t talked about. In fact, in my survey of 1,000 married people, 80 percent of married people reported experiencing sexual struggles in marriage. So many people are dealing with the reality check of sexual issues and problems, and because of the stigma we’ve created surrounding this important topic, many couples end up needlessly suffering for far too long. We tell couples that just because they wait, their sex life will be great, rather than preparing them for the potential issues that might arise along the way. No matter what aspect of sexual struggles you’re experiencing in your marriage, there’s hope for healing (much more on this in Choosing Marriage Chapter 8: Sex Marks the Spot).