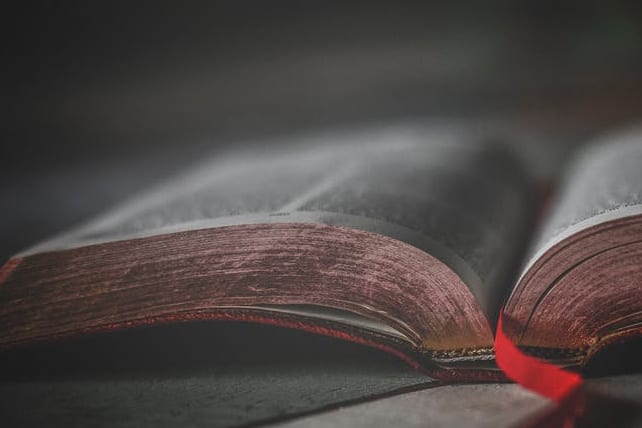 Yesterday I preached Romans 2:17-29 in our study through Romans on Sunday mornings. The focus of Paul’s words was centered on the danger of hypocritical religiosity. Certainly if anyone could address such matters, it was Paul, a Jew of the Jews, a Pharisee—one of the insiders who became a true Christian and an apostle. Having been on the inside of the Jewish religious system and now serving as a Christian preacher—Paul understood the trap of legalism and hypocrisy. Paul sounds the bell of warning here in Romans.

Paul sounds the alarm regarding self-deception. At the root, sin is the deceiving of the individual’s conscience so as to cause a person to believe the devil’s lie about being satisfied in sin. In all reality, sin never satisfies. When sin is wrapped up in a religious system, it takes on another form of satisfaction—the idea that a person can please God in works of righteousness. This is precisely the issue that Paul was addressing with the Jews of his day.

The Jews were engaged in national pride, boasting in their bloodline. They were relying upon the law of God, when in reality the law has no ability to save but every ability as God has designed to condemn a person. The Jews were boastful, as they boasted in God and the law—their boasting was sinful arrogance rather than humble exultation. The Jews were hypocrites (actors) who played the part of God-fearing law keepers, but in reality they were sinners just like the Gentiles. Paul’s aim was to remove their mask so they could see their true face—the face of sin.

Paul pointed out that they were entrusted to be guides to the blind—leading people out of darkness into the marvelous light of Christ. They were to be teachers of children—but while they boasted in the law they kept it to themselves and failed in their mission. Because of their failure, they caused Gentiles to blaspheme God. Paul’s charge of indictment was a stinging reminder of the failure of hypocritical religion.

Paul went on to point to the inability of circumcision to please God. The mark of identification was a good thing, but if they were law breakers—the cutting of the flesh was of no value in terms of saving grace. They needed something far greater and that circumcision was of the heart.

True Christianity is not based on external cutting of the flesh and keeping of the law, it’s based on the changed heart through Jesus Christ. As you examine this text and this great indictment upon the Jews and their legalism and hypocrisy—what does your Christianity look like? Legalism is a dangerous pit!

Charles Spurgeon once said, “It would appear that God does not know the best way of saving men, and men are so wise that they amend His methods!”