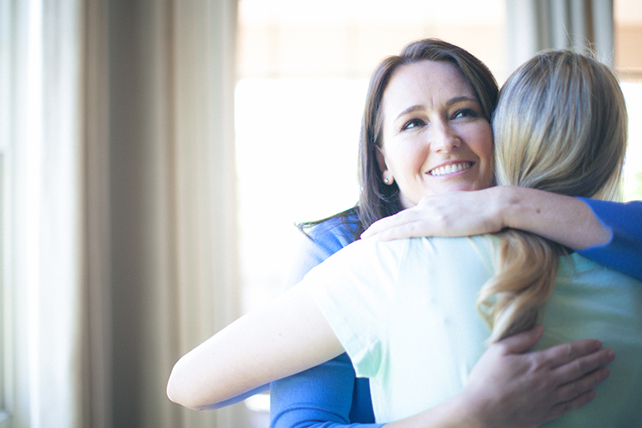 We don’t understand each other.

And I’m not sure how hard we’re trying.

This is not a post about athletes or anthems, flags or protests. *Take a deep breath.* This is about how we talk—or more accurately—how we listen to one another.

Years ago, Stephen Covey wrote in his Seven Habits of Highly Effective People, we should ‘seek first to understand, and then to be understood.’ So in the effort to aid our understanding of one another, I’d like to offer some thoughts on how controversial and heated topics can become a pathway into empathy, and lead to better public discourse. I want to reflect for a moment on emotions, symbols and language.

We often think emotions are the problem. “Don’t be so emotional,” we say. “Just face the facts and forget your feelings.” We think this is how to “grow up,” as if the coldly logical Dr. Spock were the epitome of maturity.

But emotions are not flaws. They are part of the glory of being made in the image of God. The problem is not that we are “emotional”; the problem is that we do not know how to pay attention to our emotions.

Emotions, as Bob Roberts from Baylor has argued, are a mode of perception. They are a way of seeing the world based on what we care about. Or as my friend Adam Pelsar who teaches at the Air Force Academy says, emotions are the “eyes of our heart.”

Two people could have very different reactions to a rainy day. One could be sad, the other could be relieved. Rather than arguing by trying to convince each other that they should not feel what they feel, they could learn about the other by asking about what their emotion is saying. Perhaps the one who is sad about rain was hoping to go on a hike with their friend. Maybe the one who is relieved lived through a forest fire and was hoping for more moisture. You see, our emotions can be a way into understanding each other if only we’d stop being shocked or offended when someone responds to a situation with a different emotion than the one we’re feeling.

What if when we saw someone get emotional about something, or read an outburst on Facebook, we don’t respond with equal intensity to counter them? What if we learn to ask instead, “Tell me what are you most concerned about here?” “Help me understand why is this so important to you?”

Emotions can be a gateway into intimacy. If we learn to be attentive to our emotions, they can help us learn about ourselves. And better yet: They can help us gain empathy for each other.