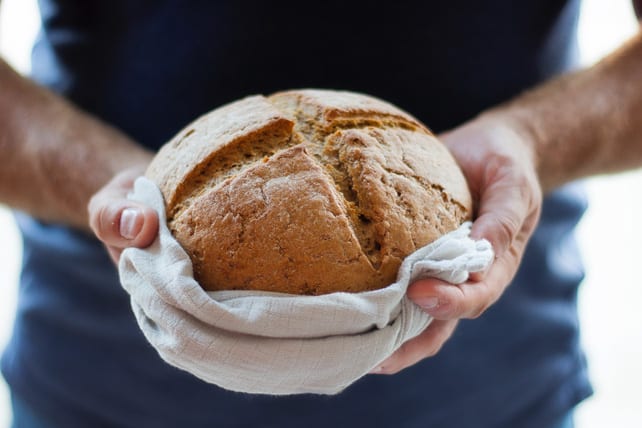 God found Hagar by a well in the wilderness. She had stopped at a spring for what could have been one last drink. And then an angel of the Lord met her there and called her by her name.

“Hagar, servant of Sarai, where have you come from and where are you going?” (Genesis 16:8). Yes, God was aware of her station in life, and He knew that she was a female Egyptian slave. He also knew her name.

And he asked her two questions: “Where have you come from and where are you going?”

When God asks a question, He’s not launching an interrogation; He’s staging an intervention. These two questions were about origin and destiny. Hagar thought she knew her origin and her destiny, where she had come from and where she was going. But God was about to rewrite her story.

God told Hagar to go back to Abraham’s house, not because God condoned Sarai’s mistreatment of her, but because there was no other way for Hagar to be saved. She would die in that wilderness. But in Abraham’s house she would still be covered by the blessing. God’s hand was on that household, and Hagar would benefit from it; she would be sustained and fed. And when the time came for her to leave, God would provide for her and her son in a new way.

For the time being, God wanted her to know there was a way for her to share in the blessing. She was not an outsider. She was not unnamed and unseen. He knew her name, and He saw her. The angel said to Hagar, “I will surely multiply your offspring so that they cannot be numbered for multitude” (Genesis 16:10). Did you catch it? This was Abraham’s blessing. This was the promise that was restated when God made a covenant with Abraham in the chapter right before the Hagar story—that his offspring would be like the stars, too many to count. Right from the start, God made it clear: He wants everyone to be able to get in on the blessing. He desires all to be swept up in his saving and redeeming love.

When Hagar understood this, she was in awe. She hadn’t seen just a concept or an attribute of God—she had seen God! This is what God is like! Later, Moses would glimpse God and know that He is abounding in mercy and rich in love. But long before the great prophet Moses would see it, the female Egyptian slave Hagar saw it…

Forget the names you hear in your head. Never mind the other names you’ve been called or the ones you’ve called yourself. You are not an outsider. You are not unnamed and unseen.

God is rewriting your story, changing the way you answer the question of where you have come from and where you are going. The way your story began is not the way it will end. Your family of origin will not have the final say about who you are. Your current trajectory is not fixed, and your future is not predetermined.

Yes, your life will be a journey. No, it will not be easy.

But God has found you in the desert, and He wants you to know the blessing is for you.