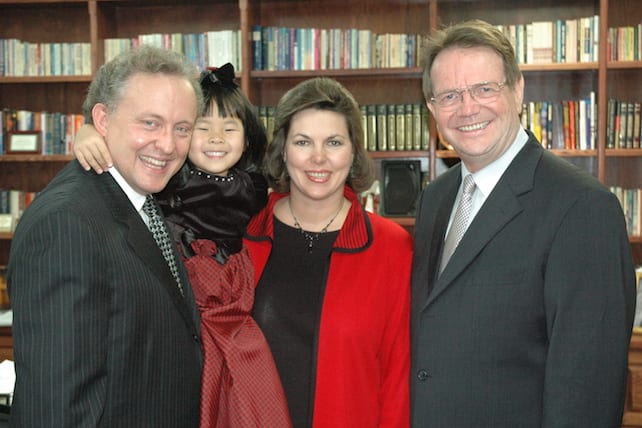 Evangelist Reinhard Bonnke is the only person who could walk out into an open field, and a million people would show up time after time. I often heard Reinhard say, “My goal is to plunder hell and populate heaven.” When he and I were together one time during the filming and editing of his Full Flame Film Series in Orlando, he said, “A church that is not interested in winning the lost, is lost itself.” For more than 50 years, Reinhard Bonnke devoted his life to the reaching and winning of the lost primarily in Africa and throughout the world. When I learned of his graduation to eternity on December 7, 2019, I began to ponder the life-lessons he had taught me. I humbly pass these life-lessons on to you.

Evangelist Bonnke embraced the Lord, life and the lost. When the Lord called him into ministry, he and his wife, Anni, packed up their bags and moved to Maseru, Lesotho, in 1969. Maseru is the place where it all began, as God shaped a young man of faith and began to mold the “character of faith” in him that would later challenge the devil across the entire continent of Africa and scores of still-undreamed-of places beyond.

The Bonnkes spent seven long years in Maseru, doing the work of missionaries in the traditional way. But during those years the call to evangelism that burned in his soul took wings. Through repeated miracles and moves of the Holy Spirit, literally millions of men and women across the world heard the good news of the Gospel through his anointed ministry. Whatever our Lord calls us to, we are to embrace it with all of our hearts. 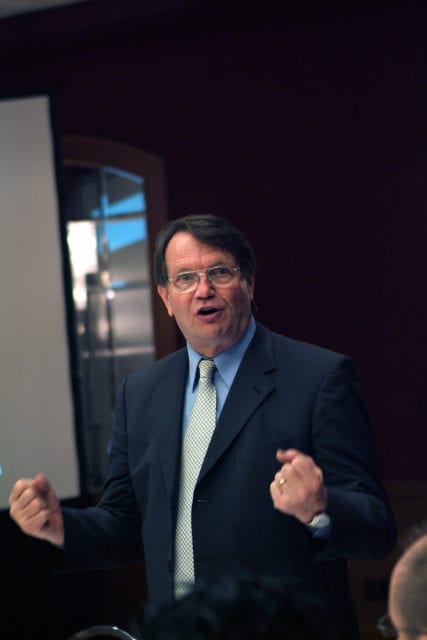 Life is filled with exchanges from “this” to “that,” and from “here” to “there.” On one occasion, Reinhard and I were sitting together in the Minneapolis International Airport, waiting to fly to Orlando. While we waited, he shared about the huge financial difficulties the ministry faced during the early years in Lesotho.

He said to me, “In those early years, we could hardly make financial ends meet each week. On one particular week, we were $50 short from being able to pay our office rent. I began to wonder how we would ever have a significant ministry, if we could not even raise $50 to pay for our office each month. While I was standing on a street corner, near our office, the Lord asked me a penetrating question: ‘Do you want me to make you a millionaire?’ I thought about this question for a moment and then I yelled, ‘I don’t want you to make me a millionaire. I want you to make me a soul-millionaire!’”

Evangelist Bonnke was willing to make the exchange of the lesser for the greater, the smaller for the larger. A lot of Christian leaders envision a larger ministry but do not take the initial steps of faith to get there. They say, “Someday, but not today.”

In the early days in Lesotho, God showed Rev. Bonnke a vision of a “blood-washed Africa.” Even though at that time there was little evidence in his ministry that such a grand idea was even remotely possible, Reinhard took hold of the vision and, in Jesus’ name, began to speak it and live it.

In 1974 the evangelistic organization that is today still known as Christ for all Nations was born, and a small team gathered around the young evangelist to reach out to the peoples of Africa. The preaching of the Word began to produce a harvest of souls; and in addition to this, people were being healed of all kinds of diseases.

Reinhard often said to me, “I want to paint Africa red with the blood of Christ.” He communicated with large images and inspirational metaphors. He saw the big picture and the steps necessary to accomplish it!

When we were launching the Billion Soul Initiative, he stated to me: “I want to believe the Lord for 100 million souls to be saved or a tithe of the Billion Soul harvest.” Just think about this vision statement filled with faith! Evangelist Bonnke’s vision of 100 million souls being saved was not imaginary thinking, but a flow of where he was going in the years to come.

I heard Reinhard repeatedly say, “God works with the workers, goes with the goers but does not sit with the sitters.” To him, faith meant action. A man or woman of faith could not just sit down and wait for things to happen. He or she needed to get going in the right direction, expecting God to fulfill His vision to him or her.