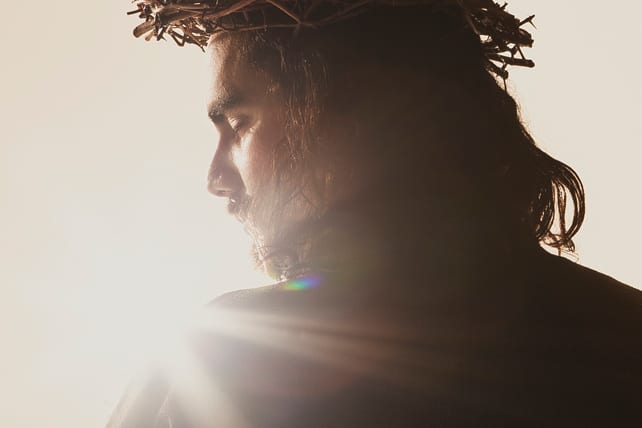 What if we were to live as if Jesus rules and eternity is real?

Have you ever seen someone trying to get out of a boat … slowly? They’ve got one foot on the dock and one foot in the boat, and they just don’t want to commit.

When you see that person on the dock, all you can think is, “Make a decision. And quick, buddy.” Because as the boat starts to drift away, it’s going to get really uncomfortable really fast. You’re either in or you’re out! Wait long enough and the boat will decide for you.

My friend Joby Martin says this is what we do when we try to love God and money at the same time. You’ve got to make a decision if God or money will be first in your life, or it will tear you apart.

When Paul told the Colossian church to set their minds on things above and not on the things of this present world, he was basically saying this: Live as if Jesus rules and eternity is real.

If you’re a Christian, that’s not news to you.

But the problem for us, just like it was for the Colossians, is that we are forgetful. And forgetfulness of these basic truths, Jesus said, is the primary thing that makes people go awry with money.

In Luke 16, Jesus tells a parable that makes this point. Let me retell it in my own words:

There was once an accounts manager for a really rich guy who was given his two-week notice. He thought, “What am I going to do? I’m too young to start in a new career, and I’ve grown accustomed to buying $5 Starbucks drinks every day, and there is no way I’m going back to Maxwell House.”

Then the manager has a brilliant idea: He calls up all his boss’ clients who still owe his boss money, and he starts cutting some shady deals.

“I see here that you owe my boss $100,000. I tell you what. If you’ll pay $25,000 right now, I’ll give you an official ‘debt settled’ certificate, and we’ll just call it even.” You see, the manager still had the legal authority to do this, since he is still on his two-week notice.

Then the manager tells each debtor, “Just remember later who took care of you.”

(If you feel like this story is a little familiar, you might be thinking of The Godfather. The similarities are actually a little unnerving.)

Jesus then says, “What a wise manager! He used an opportunity he knew was coming to an end to prepare for the future, to make friends for his new future. That’s how you should be with your money in regards to eternity.”

Yes, Jesus actually praised the shady manager. My re-telling may take a few liberties, but that sense of shock you feel? That’s right there in Luke 16.

It’s hard to believe Jesus told such a seemingly shady story. But don’t miss the point: If you know your time in your current reality is coming to an end, isn’t it wise to use these precious few moments to prepare for the coming reality—the permanent one?

In other words, if we know eternity is real, and that compared to eternity this life is like a vapor and will soon end, isn’t it wise to leverage these brief moments for our coming, permanent reality? In fact, it’s just outright foolish to do otherwise, right?

Set your minds on things above, not on things of the earth. What is going to matter in regards to your money in 100 years? In 10,000 years? The kind of car you drove? The kind of neighborhood you lived in?

Only two things in life are truly eternal: the kingdom of God and the souls of people. You may live by YOLO (you only live once), but I have a much better suggestion: YALF (you actually live forever). If you believe that, then why waste your life on trivial things in this world? Why not make your life count for eternity?

Only two things in life are truly eternal: the kingdom of God and the souls of people.

All of us have to choose as well. When we look forward into eternity and see who rules eternity, then we know our lives will not be determined by the kind of stock portfolio we amassed or whether we got our jersey in the rafters or if we owned a second home or retired at 50.

Our life will be determined by Christ: whether we lived out his will, pleased him, and stewarded what he gave us for his purposes.

This article about living as if Jesus rules originally appeared here.